The emerging markets are affected to a greater or lesser degree by what is happening in the developed world. 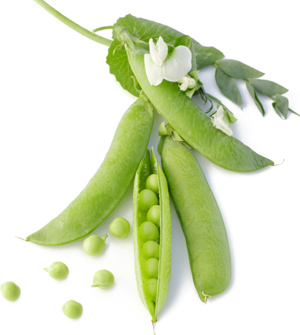 Those countries and regions that are most closely tied to the West—such as Central Europe—will be hardest hit by ongoing eurozone strife. Commodity-rich countries—such as parts of Africa and Latin America—will be cushioned from the worst fallout. Asia is still a bright spot.

With much of the focus in the closing months of 2011 on the eurozone crisis and averting a double-dip recession in the West, emerging markets are contemplating a mixed growth scenario in the coming months. Despite worsening global economic conditions, a number of regions—such as Asia, the CIS and parts of Africa—continue to see positive economic growth on the back of high commodity prices. In emerging Europe, the fallout from the sovereign debt crisis and lower US growth continues to weigh on economies in the region.

Central and Eastern Europe's growth outlook will be heavily influenced by external factors—such as a timely resolution to the eurozone crisis and ongoing efforts to strengthen the capital base and asset quality of banks in the region.

Some regions—particularly Northern Africa and parts of the Middle East—are contending with the economic blowback of social unrest that continues to sweep the Arab world, while other Middle Eastern economies are benefiting from robust oil prices.

Sub-Saharan Africa promises much in terms of future growth prospects. The IMF predicts that Africa’s oil-exporting countries will grow by more than 7% in 2012. The outlook is mixed for South Africa, whose fortunes are more tied to what is going on in the rest of the world. According to the IMF, South African growth is expected to be in the region of 3.5%.

In contrast, Asia remains an economic bright spot, having emerged from the 2008 financial crisis in relatively good shape. However, as the world’s factory, its fortunes remain linked to Western demand for products. The slowdown in Asian exports will be tempered by growth in domestic demand—although that growth will vary from country to country.

Central banks face numerous challenges, and many, dealing with rising inflation, will likely tighten monetary and expansionary fiscal policies. But some may be reluctant to tighten too quickly for fear of compromising economic growth.

But there is a risk of overheating in some countries, according to the IMF, as credit grows, exchange rates appreciate and asset prices remain robust. “Boom-bust risks must be contained,” it notes, pointing to the need to maintain “a healthier growth momentum.”

Robust growth in major commodity exporters should continue, although it is moderating in some countries—such as Brazil, where the IMF predicts “near-term growth to slow.” Despite strong domestic demand, the region remains vulnerable to external shocks in its major trading partners, including the US and China.