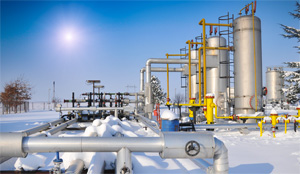 Russian state oil producer Rosneft said it would purchase fellow oil giant TNK-BP from BP and a group of Russian investors, for $55 billion. The transaction would create the world’s largest publicly traded oil producer, with an output of roughly 4.5 million barrels per day. Rosneft will also become the first, and possibly only, partner for international oil companies looking to do business in the Russian oil sector.

Norwegian telecoms operator Telenor, which owns a large minority stake in Russian mobile services provider VimpelCom, said for the first time that it would be willing to sell its shares. Telenor and Altimo, which is owned by Russian investment group Alfa Group, have been locked in an ugly battle over control of VimpelCom for nearly 10 years.

The Russian economy is showing signs of slowing, with third-quarter GDP growth dropping to 2.8%, from 4.0% in the second quarter and 4.9% in the first quarter. The poor global macroeconomic outlook, decelerating retail turnover and rising inflation are the key culprits.