Despite slowing growth in the BRIC countries, emerging markets generally continue their ascent. Although they have made fewer headlines than usual over the past year, developing countries have experienced some pivotal, uplifting moments—both from the domestic perspective and in terms of their impact on the global economy. 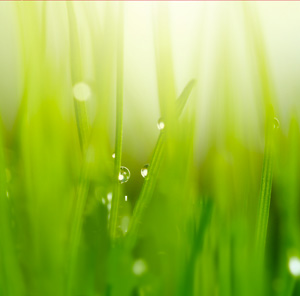 The forces of global deleveraging are bearing down on the growth trajectory of the global economy. One of the most significant trends affecting the emerging markets is slowing growth in the largest developing countries—Brazil, Russia, China and India—as a result of these forces. Headwinds blowing out of the US and Europe are challenging BRIC growth and requiring them to move away from export-driven economic models.

Inevitably, the woes in the US and Europe have an impact on the BRICs and other emerging markets as they result in export weakness, notes Nick Chamie, head of emerging markets research at RBC Capital Markets. “Many emerging markets are trying to rebalance their economies toward domestic consumption,” he says. “However, in China, for example, there are considerable barriers to increased household consumption, such as the absence of a social safety net, which results in a high level of savings.”

While figures bear out the tale of deceleration in BRIC markets—Chinese GDP grew by 7.4% year-on-year in the third quarter of 2012, versus 9.1% in Q3 2011—such figures need to be taken in context, according to Jerome Booth, head of research for the Ashmore Group, an emerging markets investment firm. “Seven percent growth is not a hard landing, and 8% growth is achievable for another decade.”

In addition, other emerging markets are still on a clear upward trajectory, which, from a global economic perspective, could help offset some of the slowing being seen in the BRIC nations.

CHANGING RISK PERCEPTION
Booth believes that the perception of risk in emerging markets is starting to change. “It will take time, but at some point there will be a broad recognition that emerging markets are better positioned and safer than many developed markets,” he says. “It is important to note that much of the immediate data that is available relates to exports, which have inevitably suffered. However, other measures, such as GDP, take longer to be published: When they are, they will reveal a significant shift to domestic demand as a driver of many emerging markets economies.”

Headline events in the US and Europe have accelerated trends that were already occurring. For example, there is likely to be further substantial diversification of central bank reserves away from the dollar and into other emerging markets currencies. “In addition, the diversification of trade—emerging markets trading with each other—is hugely increasing, making them more robust and less vulnerable to events in the US and Europe,” says Booth.

“Emerging markets are not cowering in a corner thanking their lucky stars for their good fortune: Their companies are taking market share and making acquisitions and are increasingly becoming pricemakers in many markets.”

It is a mistake to talk of emerging markets’ risks in a generic way. Other hazards are solely country-specific, according to Ashmore’s Booth. “There are no general emerging markets risks—that diversification is their attraction from an investment perspective—in stark contrast to the situation a decade ago, when problems in one country would invariably result in the drying up of credit for all emerging markets.”

Investors have moved away from a simple, all-encompassing emerging markets strategy to look at countries individually, hence reducing the interdependence from a credit-risk perspective. As inter- and intra-regional trade grows, this trend could, ironically, change, as the correlation in emerging markets’ performance—rather than the perceived correlation that drove the more generalist EM strategy in years past—increases with increased dependence on other developing countries as export destinations.

Over the past 12 months, a handful of changes stand out. Chief among these is the transition of political leadership in China: a once-a-decade event. Elsewhere, there has been some welcome news. “Announcements about infrastructure investment and structural reforms in Brazil and India are indications of the pressure that slower growth is exerting: It is prompting structural reform progress, which can only be positive,” says Chamie.

Booth adds that reforms—particularly in India, where the government recently allowed foreign multibrand retailers to enter the country—could create a virtuous circle. “In India local investment has been low because of lack of government reform. Now there are new initiatives to reform the market, which has led to an increase in the exchange rate. That has reduced inflation expectations and opened the way to lower rates—prompting increased investment and growth.”

Although some commentators have cited events such as South Africa’s mining protests and unrest at Foxconn in China as evidence that emerging markets are facing a potential crisis, Chamie and Booth strongly disagree. “What happened in South Africa was a domestic event linked to the ANC leadership convention. It has nothing to do with global pressures,” says Chamie. “The events at Foxconn are perhaps more indicative of the pressures that come with rapid wage and employment growth and a society in transition. But they are not part of any trend.” Booth agrees. “There is always violence and social protest around the world,” he says. One has only to look at Europe for an example.