STUMBLING OFF THE BLOCKS

Investors are piling into rapidly growing markets such as Brazil and Argentina. Financing risk in such markets can be fraught with difficulty, but insurance options are available. 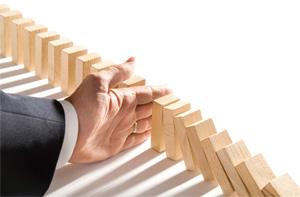 Economic data shows unexpected strength in foreign direct investment in Brazil and Argentina this year. But multinationals making those investments face highly complex markets when it comes to financing risk there through either global master insurance programs or captive insurers.

Most companies that are smaller than the Fortune 500 first discover those risk-financing restrictions at the eleventh hour. Insurance experts say they often have to educate clients that their decisions must extend beyond their risk managers and include their finance and tax departments.

For insurers, “that’s where the real opportunity is to have a dialogue about the client’s balance sheet, income statement and cash flow protection” and how all three could be affected by financing risk in Brazil and Argentina, says Alfred Bergbauer, the head of multinational casualty, North America, for XL Insurance America.

Yet in both markets, “foreign companies are still looking to get in there,” says insurance brokerage executive Clyde Ebanks, chief operating officer of Aon Risk Solutions in Chicago. With Brazil set to host the Soccer World Cup in 2014 and the Summer Olympics in 2016, expectations are that the economy will continue to outperform the United States’ and Europe’s for years to come.

Brazil’s central bank this summer boosted its 2012 estimate of foreign direct investment in the country by 20% to $60 billion. Meanwhile, despite high inflation, trade restrictions and the nationalization of a Spanish energy company, Argentina’s 33% increase in FDI helped fuel Latin America’s 8% growth during the first half of 2012, reports the Economic Commission for Latin America and the Caribbean and Argentina’s central bank.

But after investing in Brazil and Argentina, many companies stumble over the countries’ insurance restrictions. Brazil’s 2010 insurance regulation reforms require local insurers to reinsure at least 40% of their risk into the Brazilian market. Permissible reinsurers are local Brazilian companies, admitted branches of foreign companies and so-called eventual reinsurers, which do not have to open offices in the country but face product restrictions.

Each class of reinsurer faces different requirements on how much risk it can cede to retrocessionaires (reinsurer’s of a reinsurer) outside the country. Insurance experts agree the key restriction is on admitted reinsurers because of the resulting impact on their policyholders’ global master insurance programs. Those programs cover holes in policyholders’ various local insurance policies around the world by providing difference-in-conditions coverage and DIC limits above those local coverages. Local insurers typically cede much of an insured’s risk to a reinsurer, which then cedes it to an affiliate that writes the master coverage for the insured’s parent.

But in Brazil, an admitted reinsurer is allowed to cede only 20% of its risk to an affiliated company. Meanwhile, multinationals that prefer self-insuring their exposures still can cover a large chunk—60%—of their Brazilian risk in their captive insurers, according to insurance experts. However, that means the Brazilian market effectively would retain the insured’s primary and low-excess layers of risk—the most predictable risk in terms of frequency and severity. That is the risk self-insured companies prefer to finance through their captives, notes brokerage executive Rick Jensen, a New York–based managing director at Willis International.

The insurance reforms enacted in Argentina in 2011 were an effort to partially imitate Brazil’s regulations to retain as much capital as possible in the country’s shaky economy, says risk consultant Marnix Guillaume, a Minneapolis-based senior adviser at Hanover Stone Partners. Most significantly, under regulations that became fully effective this fall, local insurers now must reinsure into the Argentine market. In addition, local branches of foreign-based reinsurers may not cede more than 40% of their risk on a portfolio basis for a fiscal year to a related company.

"The real opportunity is to have a dialogue about the client’s balance sheet, income statement and cash flow protection"

Plus, any offshore retrocessionaire to which a reinsurer cedes risk must be approved and registered with Argentine regulators. A multinational’s captive insurer likely would not be approved, Guillaume says. Argentina’s regulator, however, could waive those rules. For example, policyholders likely would not be required to uphold the regulations if local insurers had no appetite for the insured’s risks, Guillaume says. So, what are the risk-financing options for multinationals?

For companies with investments in Brazil, one option is keeping that risk out of their global master insurance programs or captives. “The local reinsurers are very competitive, so we want them to take part of the risk,” says Alejandro Marmorek, managing director of Latin American operations at Aon Risk Solutions. For some clients, that could be the least expensive risk-financing option, he says. Multinationals also still can fold their Brazilian and Argentine risks into global and captive programs, experts say.

At the outset, however, ACE’s Krishnan recommends that multinationals understand local regulations. In some cases, he says, unless the coverage is a compulsory line that must be locally insured, certain coverages do not have to be purchased locally. “But it may be very challenging for the local insured to purchase noncompulsory insurance from an unlicensed insurer.”

The Indian parliament is one step closer to opening its insurance market to greater foreign direct investment. In a move designed to spark India’s economy, the cabinet in early October approved measures that, among other things, would allow foreign insurers a 49% stake in Indian operations. India currently limits that investment to 26%. But how close foreign insurers are to being able to double their investment in India is uncertain.

A similar measure stalled in India’s parliament in 2008, and expectations are that factions inside parliament will oppose the latest effort to boost foreign direct investment in the insurance sector. The measure would be the latest in a series of Indian insurance reforms since 2000.

The government opened insurance to foreign investors more than a decade ago. As a result, the insurance market expanded from a handful of companies to nearly two dozen, including many joint ventures with foreign investors, notes Sanjay Kedia, country head and managing director at Marsh India, a subsidiary of Marsh. In 2007 regulators removed tariffs from insurance pricing, which triggered an 85% drop in rates, Kedia says.

If approved, Gallello says, it would not have much impact on products for commercial risks. Insurers already have rate and form freedom for large commercial accounts. Rather, foreign insurers would have much greater opportunities in India’s burgeoning personal insurance market. India’s population of more than 1.2 billion is growing in excess of 1.3% annually and is projected to surpass China’s by 2030.