In this month’s Salon, Global Finance sits down with David Kirkpatrick, author of The Facebook Effect. As founder and CEO of Techonomy, he hosts conferences that illuminate the growing connection between technology, innovation, economic growth and social equity. 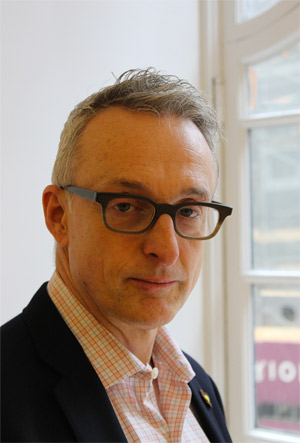 Global Finance : How does technology fit into your view of management and organizational structures?
David Kirkpatrick: Everyone needs to immerse themselves and become a technologist. Those who don’t embrace technological changes risk missing the bigger picture and losing their ability to predict the future. I always liked the concept of trying to flatten corporate structures. In the 1990s, I became excited about Groupware, which I believed could improve functions by flattening the organization [making complex organizational structures unnecessary]. Those early initiatives failed, because bureaucratic hierarchies—unhappy with the idea of reducing their power structure—could still prevail in halting the penetration of programs like Lotus Notes [the collaborative software platform]. Now we are moving to a world where everyone has a powerful, Internet-connected computer. It is imperative to think what the empowerment of individuals [on a global] scale will mean for systems of society.

GF : When did that philosophy become clear to you?
DK: Meeting Mark Zuckerberg in September 2006 was a transformative revelation for me. By that time, the social and macro implications of the Internet were becoming more obvious. I realized that Zuckerberg was trying to take the same set of ideals and the vision of flattening organizations that Groupware promised in the 1990s and extending it to everyone in society. But this time there would be no way the corporate hierarchies could stop this flow of technology, which has been further embraced by individuals with the growth of mobile access. Five or six billion people already have cellphones, and another one billion have smartphones.

GF : Are disruptive technologies operating on a global basis?
DK: Technology has become a mass phenomenon. The economies of scale are increasingly significant, as more people obtain access. Brazil, for instance, has the highest rate in the world of Facebook adoption. Russia has the second-best search engine after Google. In China, Ali Baba [an online sourcing and shopping platform] and Tencent [a social media, communications and e-commerce company], are set to go global. Ali Baba could compete with eBay or even FedEx, while Tencent, which has 450 million Chinese users already, could take on major Internet companies, like Google. Tech start-ups are operating in Turkey, South Africa, Indonesia, Malaysia and even Ghana.

GF : What example shows how fast the world is transforming?
DK: Nicholas Negroponte’s “one laptop per child” program. Children in totally illiterate villages receive new tablets, which have embedded technology to observe users and create intelligent, game-like, educational programs based on their usage patterns. If children can teach themselves to read, everyone has access to education without the need for the normal educational infrastructure.

GF : What could interrupt the pace of these developments?
DK: A cyber war could short-circuit us. The US [reportedly] launched a first strike with [tech virus] Stuxnet and is seeing retaliation from Iran. Despot-led countries might find a way to wipe out the cell network. It is now inexpensive to gather and store vast sums of data, tracking individuals’ habits. Today’s analytic tools raise complicated questions. Privacy issues must be worked out. Where will the control of information reside? How much disclosure will there be? Citizens need to understand what information is known about them and how it is being employed.