At SWIFT’s annual Sibos conference in October, corporates were treated to a range of presentations on topics as diverse as reference data, BPOs and Asian treasury centers. 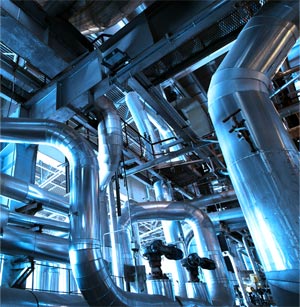 The corporate stream at Sibos this year was more fully integrated into the general conference agenda than last year, and panels drew a mixed crowd of standards setters and SWIFT utility users. Global Finance ’s editor-on-the-ground provided daily news coverage of the event. Here is a wrap-up of some of the most intriguing discussions.

BP AND VALE BET ON BPOS
BP Chemicals expects great reward from the Bank Payment Obligations—or automated letter of credit (L/C)—program it launched recently, according to David Vermylen, global credit manager for petrochemicals at the firm. BP Chemicals is one of two companies—Vale of Brazil being the other—that is involved in a proof of concept pilot using SWIFT’s Trade Services Utility to handle BPO information transfer.

Vermylen expects savings of around $2 million a year with BPOs. But the value goes much beyond just cost savings: It reduces administration and vastly reduces the time-to-payment on secured trade receivables. With an L/C-at-site it can typically take 10-14 days to receive funds—while awaiting documents to arrive. But with a BPO the data flows electronically, and thus payment is released much sooner. The receiving bank can use it as collateral for pre-shipment and post-shipment finance, and in addition it is a competitive differentiator, said Vermylen. “We become the seller of choice.”

With half of the group’s $14 billion in annual revenues in Asia, and 50% of its exposures in L/Cs, Vermylen said there was a lot of upside in digitizing the documentation around that. “We went live in May. We were looking for a buyer to participate,” Vermylen said. Petrochemicals outfit Octal of Oman came on board, and, according to Vermylen, it has been smooth sailing so far. “The biggest hurdles were with contracts and resolutions,” he said, adding that there were really no teething problems.

As companies in Asia increasingly look beyond their borders, they are setting up ever-more-advanced treasury operations to manage growth. Mid-size companies are evaluating the value of centralizing their treasury operations in local or regional centers, and larger firms are looking at setting up treasury centers in Europe, in order to get closer to their trade flows.

Chinese corporates are still focusing on domestic growth—but also starting to set up manufacturing bases worldwide, said Robins. With a domestic market that has been flat for some time, Japanese companies must look externally for growth. Indian firms are in an acquisitional mode abroad, while Thailand is the manufacturing base for Asia and the world.

“There is now more desire for sophisticated solutions to support this outbound activity,” Robins noted. “LLCs are asking whether they should set up treasury centers, why and where; how to manage liquidity; how to manage market and counterparty risks; and who should support them—be it foreign banks or large local banks.”