Cash visibility and control keeps treasurers awake at night, but thanks to rising use of new standards and technology, attaining a clearer picture is becoming much easier. 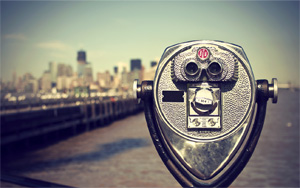 Controlling the company’s cash is a high priority for corporate treasurers working to improve cash flow efficiency and reduce reliance on external funding. But it is not just current market conditions that are driving companies to focus more squarely on cash control. A change in the company’s business model or ownership structure can also prompt a closer look at cash control, for example. M&A activity may present a more diverse set of bank relationships and more complex accounts structures than in the past, while expansion into new markets may lead to concerns around the issue of trapped cash.

Joanna Hawkes, group treasurer of Misys, says that cash control has become a higher priority for the software company since Vista Equity Partners acquired it in June. “We have moved from an FTSE-250 environment with relatively low gearing to a private equity environment with higher leverage that has undergone a merger with another very international business,” says Hawkes. “Efficient working capital management is even more cost-effective, and we are very focused on our international cash management strategy and process.”

Other drivers may be less openly discussed. “An important driver with regard to cash control—and one that a lot of companies won’t tell you about—is fraud,” says Sander van Tol, partner at Zanders Treasury & Finance Solutions. He points out that multinational corporations with operating companies in dozens of countries may have numerous employees authorized to use the electronic banking system, which represents a high level of operational risk exposure.

"People are aware that eBAM is going to add value, although for the most part the banks aren’t ready for it yet"

There are many different ways in which cash control can be improved. Possible funding disruptions, counterparty risk and capital preservation are the main concerns keeping treasurers awake at night, according to Suzanne Barry, head of liquidity and investments for global transaction services, EMEA, Bank of America Merrill Lynch. So treasurers are currently focusing on visibility and control over cash flows, deploying cash flow forecasting tools and e-invoicing solutions and extending payment terms to improve days payable outstanding.

Although cash control means different things to different people, increasing visibility over the company’s cash is key. Anita Prasad, general manager of Microsoft’s treasury, explains that the technology giant has long viewed cash control as a journey from “visibility to mobility.”

Microsoft began to look at gaining electronic visibility over its global bank accounts in 2002 and 2003 by leveraging SWIFT MT messages. The next step in the journey was to improve efficiency, auto-reconciliation and auto-posting capabilities by using a standardized ISO XML 20022 format from different banks.

“We got all of our major banks to meet with us in a workshop format and agree upon this standardized approach,” says Prasad. “We required all of our major banks to connect to us through SWIFT instead of bank-specific virtual private networks, and to use the standardized ISO-XML format—and we deployed our own SWIFT environment instead of connecting to banks’ specific VPNs.”

This type of exercise is no longer restricted to the biggest corporations. Van Tol says that although many large corporations have already taken measures to improve their visibility, smaller companies are now increasingly following suit. “A lot of systems offered by system vendors and banks, which used to be offered only to very large corporations, are now available for mid-cap companies,” he observes.

Visibility is an important first step in the cash control journey, but it is not the final destination. The next step is to improve the company’s ability to mobilize cash when it is needed. Prasad says that in the past couple of years Microsoft has given increasing priority to cash mobility, with a particular goal of reducing cash held in high-risk locations. Today the emphasis is on managing the company’s bank account infrastructure.

“We’ve been focused on managing the number of bank relationships that we have,” Prasad explains. “We found ourselves to have more than 200 bank relationships around the globe. We couldn’t really reduce the number of accounts as much—often these are required for compliance purposes, especially in Asia—but we are being very deliberate about the partner banks. That’s why we look for banks that are SWIFT-capable and which have their own technology roadmap in this space. Our banking partners find this approach to be beneficial for them, too, so they can prioritize their technology spending, leverage these investments over several corporate customers and focus on providing value-added services.”

Reducing the number of banking relationships can lead to greater control over the company’s cash, as can using techniques such as cash pooling and interest optimization to sweep funds out of undesirable locations. One development that many hope will lead to improved control, is electronic bank account management (eBAM).

“eBAM is certainly a hot topic,” says Steve Bullock, senior vice president and general manager for North America at IT2 Treasury Solutions. “People are aware that eBAM is going to add value, although for the most part the banks aren’t ready for it yet. At the moment, treasuries are focusing on preparing for eBAM by bringing their bank account management up to scratch and centralizing it into a single solution.”

Nevertheless, this is a nascent solution. For most companies it will be some time before eBAM becomes a reality. “There is a lot of demand from corporates, but I don’t think there has been a common voice,” says Prasad. “I believe we really need a forum where corporates, large banks and standards bodies like SWIFT can get together and agree on a standardized approach. This is something we are working with SWIFT to achieve.”

Despite the weight that companies are placing on the topic, it is important to note that a cash control exercise is not without its limitations. According to Damian Glendinning, group treasurer of Lenovo, from a cash control point of view, the ideal structure “will use a single e-invoicing center worldwide to centralize the cash and have as few bank accounts as possible to make sure the cash is swept back to the central location and full central visibility is maintained.”

Yet, as Glendinning points out, not every business lends itself to this kind of structure, and practical considerations may intervene. Reducing the number of banking relationships maintained by the company might increase cash control, for example, but it also increases counterparty risk with the remaining banks. Ultimately, he adds, achieving cash control is often a matter of compromise.