Is Basel III to blame for the $425 billion shortfall in trade finance in developing Asia? Some observers think so, but others say trade finance needs to go back to basics.

Basel III continues to be a source of significant concern in the world of trade finance, particularly in emerging Asia, where the increased demands placed on banks’ capital by regulatory requirements is expected to result in a significant shortfall in the availability of trade finance. 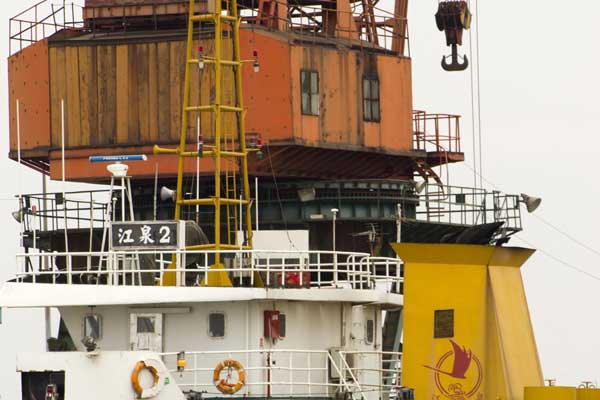 Even changes to Basel III’s Liquidity Coverage Ratio (LCR), which requires banks to hold high-quality liquid assets that can be converted easily and immediately into cash in stress scenarios, do not go far enough to address the unintended consequences of the new Basel regulations on trade finance, according to BAFT-IFSA, a leading international transaction banking association. In a letter sent to the Basel Supervisory Committee in September, BAFT-IFSA warned that “certain aspects of the proposed framework could have an adverse effect on the availability and affordability of trade finance and could result in reduced global trade flows at a time when they are essential to support the economic recovery.”

Indeed, access to trade finance is in itself causing growing concern across the industry. A survey of trade finance banks published by the Asian Development Bank earlier this year pointed to $1.6 trillion of unmet demand in trade finance. Of this shortfall, around $425 billion was in developing Asia.“We were very concerned about the drop in international trade, and everyone was looking for answers as to what was causing this,” explains Steven Beck, head of trade finance at the ADB. “There was a concern that a lack of trade finance—the loans and guarantees that support imports and exports—might be contributing to this drop in international trade. But no one had any statistics on any of this.”

When looking to identify the reasons behind the $1.6 trillion shortfall, the ADB survey highlighted a number of issues, including “poor payment records by correspondent banks, low country ratings in developing countries and weak banking systems.” Additionally, the survey highlighted Basel III as an “aggravating factor,” finding that banks would “reduce support to trade finance by about 13% if Basel III was fully implemented.”

While the Basel Supervisory Committee has announced more-lenient liquidity requirements—including a broader definition of high-quality liquid assets—these are expected to ease but not eradicate the perceived negative impact that Basel III may unintentionally bring to trade finance.

"We were very concerned

about the drop in international

trade, and everyone was

looking for answers as to

what was causing this."

Sanjay Tandon, Asia Pacific trade head, Citi Treasury and Trade Solutions, says the evolving regulatory landscape is forcing banks to rethink their market strategies. “These include the Basel III requirements of increased capital, the LCR reforms and the implementation of the leverage ratio framework,” says Tandon. “The proposed rules will result in increased cost of capital for trade financing, thus putting pressure on financial institutions to optimize usage of capital.”

Despite these concerns, there is optimism in the industry that regulators could adjust their treatment of trade finance. Published earlier this year, the EU’s Capital Requirements Directive IV (CRD IV) differentiates between trade finance products based on their risk profiles. In its letter to the Basel Committee, BAFT-IFSA recommended that “these sensible, pro-growth and pro-trade changes to the leverage ratio should be harmonized across all jurisdictions of the Basel Committee.”

“Given that trade finance has very low default rates, we would hope to see regulatory treatment of capital weighting take this into account, and CRD IV in the EU is a good example of this being the case,” says James Emmett, global head of trade and receivables finance at HSBC. He adds, “Preventing regulatory arbitrage by creating a level playing field is important, especially in an area of global finance such as trade.”

However, others disagree that Basel III is the root cause of the gap in trade finance provision. William Tebbit, commercial director of Trade Finance Partners, a specialist provider of trade finance for small and medium-size enterprises (SMEs), says that although Basel III has exacerbated problems, “trying to meet trade finance demand through a ‘lending against security’ model is bound to result in unsatisfied demand due to the enormous lack of available security with potential clients for trade finance, particularly at the smaller end of the market.” He observes that the market as a whole needs to consider returning to “the old-fashioned way of offering trade finance, which is trading the asset and not lending.”

William Laraque, managing director of US-International Trade Services, argues that while large banks tend to focus on financing the international trade of large corporations, they are reluctant to finance the operating cycle of SMEs, which represent 95% to 99% of global companies. “Banks prefer to finance large export receivables associated with the export of capital goods,” he adds. “The delivery or logistics of delivering this financing is highly bureaucratic and in dire need of process improvement.”

Just as opinions differ about the reason for the trade finance shortfall, there is also a variety of views about how this shortfall should be addressed. Beck hopes that the ADB survey will help persuade the Basel committee to treat trade finance as a separate asset class.

Laraque says that “countries and banks will benefit from inserting themselves into the great south-south and intraregional trade flows,” pointing out that UK banks in Asia are advantaged by their business of discounting export “bills” in Hong Kong.

For banks looking to extend trade finance credits to emerging markets, risk remains an obstacle. For many banks, complying with anti–money laundering (AML) and know your client (KYC) requirements is expensive and onerous—particularly when those requirements are not harmonized across different markets and jurisdictions.

“It’s becoming very costly for banks to conduct the kind of anti–money laundering that they need to do in different markets in order to do things like support trade,” says Steven Beck, head of trade finance at the ADB. “What we are seeing is banks exiting a lot of the emerging markets because these requirements are too cumbersome.”

Dan Roberts, head of trade finance at Barclays, observes: “It is true that regulatory change is driving up operating costs, systems expenditure and capital costs. Banks that lack scale in particular markets will increasingly look to partner with others who do [have the reach], but only those banks that meet high international KYC standards will be able to join partner networks.”