Globalization At A Crossroads

Twelve months is a long time in financial markets, and the phenomenon of globalization appears to have reached a fork in the road, with growth in emerging markets looking challenged. Is the globalization frenzy coming to an end?

What a difference a year makes. Just 12 months ago emerging markets were still basking in the glory of having emerged relatively unscathed from the global financial crisis. The role they played in saving the global economy during the Great Recession of 2008–2009 remained fresh in people’s minds, and their dynamic growth was a welcome counterpoint to the never-ending travails of the eurozone and its inability to fix its debt problems. 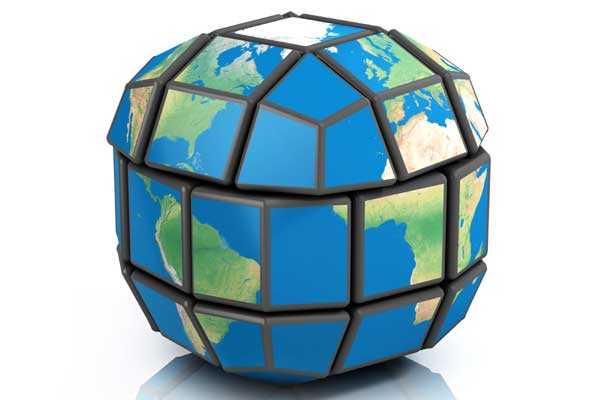 Fast forward a year and many leading emerging markets are painted as having intractable structural challenges. The growth prospects of China, India and Brazil have worsened dramatically. In 2011, China grew at 9.3% and India at 6.3%, while Brazil’s economy expanded by 7.5% as recently as 2010. The latest predictions published in the IMF’s World Economic Outlook in October are for 7.6% growth in China in 2013, 3.8% in India and just 2.5% growth in Brazil.

Meanwhile, recovery seems to be gathering pace in the United States and (more slowly) in Europe. “The impulse to global growth is expected to come mainly from the United States,” notes the IMF report, while “in the euro area, business confidence indicators suggest that activity is close to stabilizing in the periphery and already recovering in the core economies.” This reversal of fortunes has inevitably prompted speculation about whether a fundamental shift is under way.

Morgan Stanley’s What Next in the Global Economy? report, published at the end of September, says that five years on from the crisis, “the emerging markets growth model looks severely challenged.” The consequences could be profound. The report says that “2013 may mark the end of our age of globalization, which accelerated since the 1980s and 1990s after many emerging markets opened up to international trade and capital flows.”

Morgan Stanley believes that de-globalization could already be under way. “Many companies in the old industrialized countries are repatriating production that they sent offshore during the globalization frenzy,” notes the report, “and investors who burned their fingers in the quest for higher returns in emerging markets are reconsidering their decision to globalize their portfolios.”

Other commentators suggest the existing drivers of growth have run their course. “Emerging markets countries are exhausting the scope to grow strongly simply by using up slack,” points out Jan Dehn, chief strategist at asset manager Ashmore. “The reason for strong emerging markets convergence in the past 15 years was mainly the adoption of better macroeconomic policies. But this is an improvement you only make once.”

One driver of growth in many emerging markets—particularly in China—was exports. Now wage increases and changes in market behavior, such as the need for faster time-to-market in the fashion and electronics industries, mean that China is becoming less competitive. Moreover, despite recent green shoots, economic growth in much of the developed world, though strengthening, still remains weak. Consequently, demand for the goods that emerging markets produce is likely to remain subdued.

There are also some long-term challenges facing many major emerging markets. “The aging population trend [in parts of] Asia suggests that the positive contribution to growth that came from demographic structures will be drawing to a close in many of the region’s economies,” notes Annabel Betz, client portfolio director at independent global investment management firm Invesco Asia-Pacific.

Betz points out that according to the Asian Development Bank, most Asian economies reaped positive gains in per capita income through demographic change during the period 1981 to 2010. As the growth of the regional workforce slows and labor costs rise, the bank expects demographic impacts to disappear or turn negative in such countries as China, Korea, Taiwan, Singapore and Hong Kong.

However, despite strong headwinds—not least from the winding down of quantitative easing in the US and elsewhere and ongoing deleveraging in developed economies—there are many reasons to continue to be optimistic about the outlook for emerging markets. First, the world knows that de-globalization of economic activity and financial markets would have dire economic consequences. Given that so much rests on continuing globalization, any prediction of its demise looks premature. Although the ability of global leaders to advance the lot of the world’s population often appears limited, the coordinated response to the financial crisis indicates that they are unlikely to risk embarking on a course that could result in a depression.

Secondly—and less dramatically—most emerging markets are aware that the benefits of better macroeconomic policies can be accrued only once. “Measures to increase flexibility can help economies transition from export-led to domestic, demand-led growth smoothly, by enabling resources to move quickly from less- to more-productive uses,” says Dehn. “Most emerging markets are likely to make the required adjustments because losing growth momentum is simply not politically sustainable.”

Nowhere is that message better understood than in China. The country knows that its export-focused growth model is unsustainable and has, over the past decade, deftly put in place changes that will reorient the economy toward domestic consumption. Have the results been perfect? Probably not, but then no government has ever attempted such an ambitious switch of economic strategy in the past. It is also important to remember that China is still growing much faster than any other major country.

Finally, as Betz notes, demographic change in Asia is not altogether negative. Countries with larger numbers of young people, such as India, Indonesia and the Philippines, are expected to continue to enjoy demographic dividends in the coming decades. “This demographic windfall partly explains why Southeast Asia has seen relatively buoyant growth in the past few years,” she notes.

In any case, rapidly aging societies could benefit from what demographers call a “second demographic dividend.” By encouraging the accumulation of assets during working years, boosting productivity or delaying retirement, these countries could lay the groundwork for sustaining high standards of growth even when age structures are no longer favorable. “Countries with a higher share of working population have a greater capacity to save—and as a consequence, they invest more,” says Betz.

Emerging markets’ time as the sole engine of global growth may be over, but that was never going to be more than a temporary phenomenon caused by the financial crisis. However, emerging markets’ importance to the global economy continues to grow. Despite short-term hiccups caused by Federal Reserve tapering and longer-term structural challenges such as the need to increase consumption and productivity, the full potential of emerging markets is far from being realized.