The prospect of US Fed “tapering” is still taking its toll on Indonesia and India, as both nations face mounting deficits and international pressure for structural reform.

Add to the lexicon of multilateral poetry a new coinage: “idiosyncratic vulnerabilities.” That’s the phrase the International Monetary Fund uses to illustrate weaknesses affecting India and Indonesia in the wake of the US Federal Reserve’s intimation in May that it would cut $85 billion in monthly bond purchases­—a tapering off from half a decade of quantitative easing. Although investors expected a reduction in the US Fed’s support for the economy, in September the central bank decided to keep the liquidity taps turned on for now. 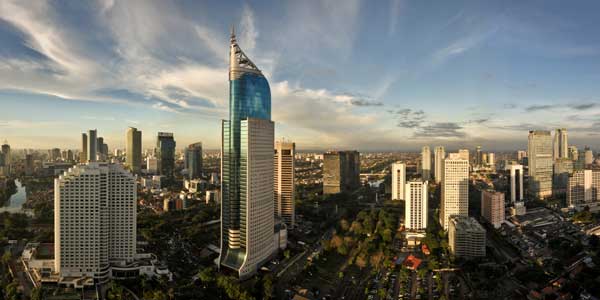 But the May hint at tapering was enough for investor capital to flee Asia—a trend that has continued. Between May and September, the Indian rupee and the Indonesian rupiah lost 14% and 16% of their value against the US dollar, respectively. The capital flight laid bare fears Asia’s largest two democracies would be unable to fund their bloated current-account deficits.

Painful as it has been, the experience has provided a revealing, perhaps helpful, shock. Capital flight exposed “some weakening of the underlying fundamentals that were obscured by a half a decade of abundant global liquidity” in both countries, the IMF said in an interim report in October.

India and Indonesia are not alone. Thailand, the Philippines and Asean economies as a whole were hit by investor flight as fears of expanding credit risks arose. Likewise, investors cut short their romance with Mongolia and Laos, where government stimulus programs created a bubble in real estate markets.

TURNING OFF THE LIQUIDITY TAPS

But it is Asia’s two largest democracies that have proved most vulnerable. India’s reliance on cheap money to fund its current-account deficit has been “like an addict who thinks the supply will last forever,” according to Ravi Mehrotra, chairman of London-based Foresight, an owner of oil rigs and tankers, as well as several businesses in India. “Now it’s time for desperation and cold turkey,” he adds.

Steve Ashley, London-based head of global markets for Nomura, also used a drug metaphor, describing quantitative easing as “methadone” for India and adding that “for the longer-term health of financial markets, it’s important that normalization take place.” The trouble is that normalization hardly feels normal, so long as the “methadone” era plays out. For India’s and Indonesia’s economic managers it has been like waking up in a McMansion only to find a banker in the driveway threatening to put a lien on the house.

India’s Finance minister, P. Chidambaram, was forced to publicly deny that the nation would have to seek a stabilization loan from the IMF. The last time India turned to the IMF was amid a deep recession in 1991.

In Indonesia, at least, the shock has led to some refreshing new attitudes. Indonesia’s Industry Ministry said in late October that it would offer Hon Hai Precision Industry of Taiwan tax incentives to reignite the consumer electronics maker’s plan to invest billions in building new plants in Indonesia. Hon Hai makes about 60% of its revenue from manufacturing iPhones and iPads for Apple. Negotiations with the Indonesian government have long been stalled over Hon Hai’s request for a waiver of import tariffs as a condition of its investment.

The offer of tax breaks—still short of the waiver that Hon Hai wants—is nevertheless a concession to reality. In this period of “normalization,” Indonesia is trying to revive a neglected program to attract investments it needs to sustain long-term growth.

“Two central difficulties emerge in our advisory of international clients seeking to set up in Indonesia,” says Simon Littlewood, president of Singapore-based management consultancy ACG Global. “If the government wants to capture and keep long-term investors, it will have to address these,” he adds.

The first is the sheer difficulty of the business environment, according to Littlewood. “Oranges grown in Kalimantan (the Indonesian portion of the island of Borneo) turn out to be more expensive in Jakarta’s supermarkets than those sent from China,” he says. “Getting them by land and sea and through official clearance within Indonesia is far more difficult than importing them over a thousand miles of sea from China. This is one indicator of the difficulty of establishing a cost-effective supply chain in the country.”

The second deterrent is “official corruption in its many forms,” Littlewood says, “including an implacable and often corrupt judicial system. But Indonesia’s unfortunate tradition of bribery and cleptocracy could be weakening,” he adds.

Littlewood believes that—for the first time in his long experience with the country—there “is a mood, a sense that official corruption is coming under scrutiny. It has many of the traditional players, and I’m talking about expats with ‘connections’ in Indonesia, looking a bit hunted.”

Much of Littlewood’s message leaves open the possibility that Indonesia’s problems are fixable. But India’s struggle with the new normal looks increasingly less promising. “In India, the fallout from recent financial stress has likely contributed to greater vulnerability of corporate and bank balance sheets,” according to the IMF. “This reflects persistent supply constraints and slow progress on structural reforms.”

Frederic Neumann, Hong Kong-based co-head of Asian economics at HSBC, believes that India’s troubles will continue at least up until the Lok Sabha elections due next May, which will determine the next prime minister. “Unfortunately, we believe the slowdown has further to go, which presents additional challenges for policymakers as they try to anchor inflation, stabilize the currency and bring about a recovery in growth.”

"In India, the fallout from

Wholesale price inflation in India—the government’s benchmark indicator—will average about a percentage point above the Reserve Bank of India’s stated tolerance level of 5%. But food price inflation has run as high as 14%. Meanwhile, Indonesia’s inflation is expected to stay above 8% in 2013, the highest in over four years.

India’s predicament is as much political as economic. The current government is desperately trying to keep the fiscal deficit within its original target of 4.8% of GDP. Finance minister Chidambaram is considering transferring as much as $15 billion in subsidy costs into the next fiscal year’s accounts to maintain budget promises before the election, according to Finance Ministry officials.

“That this is a publicly-stated goal reveals the mind-set of the current government and why India’s middle class is increasingly impatient,” says Foresight’s Mehrotra. “For this government to survive, it will have to kick its old habits,” he adds.