Latin America may be experiencing its worst slowdown in economic growth since the global financial crisis, but there are some bright spots for investors willing to play a long game.

Latin America may be experiencing its worst slowdown in economic growth since the global financial crisis, but there are some bright spots for investors willing to play a long game.

While some analysts had predicted 2014 would mark the beginning of Latin America’s return to solid growth, a new IMF World Economic Outlook says low commodity prices, infrastructure bottlenecks and ongoing economic weakness in Brazil and Mexico—which account for nearly two-thirds of the regional economy—will postpone the recovery. However, while growth is expected to be modest, investment opportunities abound for those willing to take a long-term view. 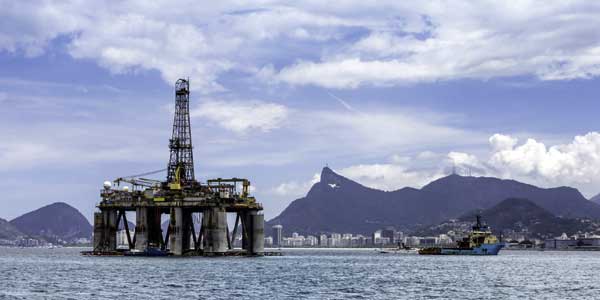 The IMF cut its Latin American GDP growth forecast for 2014 to 3%, only slightly higher than the 2.7% expansion it expects in 2013. The 2013 growth rate will be the region’s worst performance since the 2008 global economic downturn.

Much of the outlook is driven by moderate growth in the US and China, which will reduce purchases of raw materials and curb demand for other Latin American exports.

The IMF also recommends that the region’s governments step up prudential oversight of their respective financial systems, so as to identify potential vulnerabilities.

The multilateral organization predicts Brazil will grow by 2.5% in 2014, below the 4% rate it had predicted earlier this year. Brazil’s economy grew by 7.5% as recently as 2010, but last year posted anemic growth of just 0.9%.

The IMF also expects inflation concerns to push interest rates upward next year. Brazilian economists participating in a central bank survey say the benchmark Selic rate will end 2013 at 9.75%, then climb to 10.25% at the end of 2014. The same economists only tweaked their 2014 inflation rate outlook to 5.94%, from a previous 5.95%.

The IMF predicts the Mexican economy, closely linked to that of the US, which purchases 80% of the country’s exports, will grow by 3% in 2014, versus an earlier 3.2% forecast. The OECD’s outlook calls for Mexican growth of 2% to 3%, down from an initial 3.7% forecast.

However, the IMF is optimistic that an ambitious structural reform drive by president Enrique Peña Nieto will boost growth 3.5% to 4% over the medium term.

The Mexican government is even more optimistic and expects reforms to support growth rates of 5.2% by 2017. The reform package involves the telecommunications, banking and energy sectors, as well as a fiscal overhaul that will increase tax rates and revenues.

The Mexican energy sector could be particularly appealing, as reforms spark greater private-sector participation. “Upcoming energy reform in Mexico will be a huge breakthrough, making the segment much more productive over time and increasing investment in the country,” says Christopher Cooper, portfolio manager for emerging markets at Hartford Investment Management in Connecticut.

“While I expect growth rates to be volatile throughout the region, there continues to be a strong demand for capital to fund activity in a number of sectors, including energy, banking, infrastructure, transportation, mining and real estate,” he says.

Manuel Iraola, managing director and US–Latin America deals leader at PwC, is cautiously bullish. “We are generally optimistic for continued investment in Latin America,” he says. “However, companies must have a long-term strategy if they are looking to invest and be successful in the region. Opportunities exist, and will always exist, in Latin America, but we view the investment cycle to be longer than in other regions of the world.”

He also contends that, while the majority of the firm’s clients in the region still come from the US and Europe, “we have seen their relative contribution decrease as more Asian companies become active and more Latin American companies expand their opportunities within the region.”

Brazil’s strong infrastructure investments ahead of the 2014 FIFA World Cup and 2016 Olympic Games, which it will host, are boosting its appeal among investors. But the country’s positioning as a major oil producer and exporter may be even more appetizing.

In October the government completed its first auction for concessions in the country’s pre-salt offshore oilfields, whose discovery was the largest oil find in two decades.

The auction involved the Libra oilfield, located off the coast of Rio de Janeiro, and the concession was won by a consortium that includes Royal Dutch Shell, Total, CNOOC and China National Petroleum, in conjunction with Petrobras, Brazil’s state-controlled oil company.

“This is a turning point between the past and the future,” Brazilian Mines and Energy minister Edison Lobão told reporters before the auction. The Libra oilfield has between eight and 12 billion barrels of recoverable oil, according to ANP, the Brazilian National Petroleum Agency. The figure is equal to some one million barrels per day for the next five years. Brazil currently produces two million bpd, but aims to boost output to five million bpd by 2020, with the increase driven mainly by the pre-salt fields. The Libra oilfield alone is expected to attract $180 billion in investment over the next 35 years, according to Finance minister Guido Mantega.

The United States could, as usual, remain a wild card in terms of next year’s Latin American growth prospects. The IMF warns that Latin American policymakers must work to address the potential diversion of capital flows toward developed markets, as the US tightens monetary policy in 2014.Yet, Brazilian politics could be dampening short-term investor interest. “In contrast to Mexico, Brazil remains relatively out of favor in global portfolios due to a hike in political risk premiums as a result of perceived micro-management of the economy and interventionism by the PT [ruling Labor Party] government,” says Oliver Leyland, equity analyst and fund manager at Mirae Asset Global Investments, based in the United States. “A change here would be a positive catalyst, with sentiment at fairly negative extremes.”

“The upcoming withdrawal of stimulus in the United States will have a direct impact on Latin America next year, depending on the timing and speed,” says Cooper of Hartford Investment Management. “Individual countries within the region will have to react accordingly.”