“In 2012/13, 29 economies implemented three or more reforms improving their business regulatory systems as measured by Doing Business. Ten stand out as having narrowed the distance to frontier the most. Together, 10 economies implemented 49 reforms making it easier to do business. Of these reforms, 38 reduced the complexity and cost of regulatory processes and 11 strengthened legal institutions.” 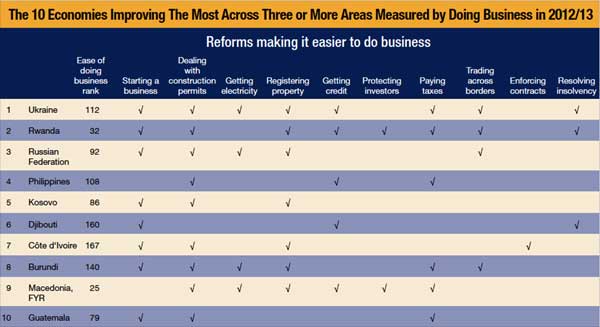 Note: Economies are selected on the basis of the number of their reforms and ranked on how much they improved in the distance to frontier measure. First, Doing Business selects the economies that implemented reforms making it easier to do business in three or more of the 10 topics included in this year’s aggregate ranking. Regulatory reforms making it more difficult to do business are subtracted from the number of those making it easier. Second, Doing Business ranks these economies on the improvement in their distance to frontier score from the previous year. The improvement in their score is calculated not by using the data published in 2012 but by using comparable data that capture data revisions. The choice of the most improved economies is determined by the largest improvements in the distance to frontier score among those with at least three reforms.

From GFMag.com — Our online readers have their say

Will Bitcoin Ever Become A Viable Currency? 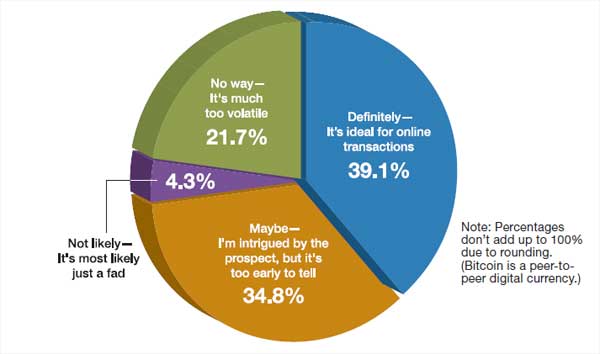