The past decade laid stable foundations for the banking industry in Turkey. After a milestone crisis in 2001, when a dozen or so institutions failed, the assets of the troubled banks were sold and restructured without recourse to bailouts. By 2005, the reformed macroeconomy and financial markets meant that, by the time Lehman Brothers failed in 2008, they were able to withstand the ensuing recessional storm. 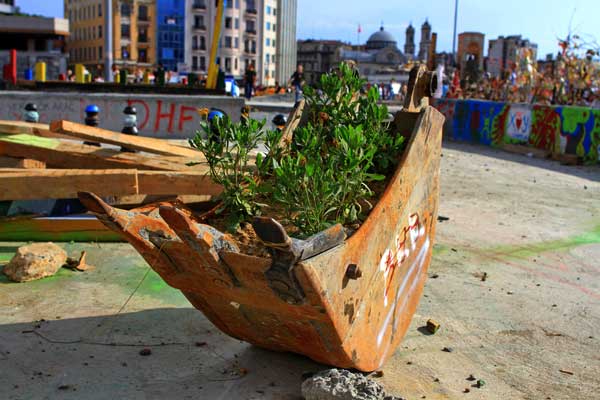 Today the overall system appears healthy, with strong capital buffers and adequacy ratios. “Even if nonperforming loans were to go up now, banks could absorb them, or the government could step in and recapitalize,” says Neil Shearing, chief emerging markets economist at Capital Economics. Investors also take note of the Turkish banking sector’s return on assets, which is the highest in the region, according to Tomás Oliveira da Silva, an economist at IHS Global Insight’s banking risk service.

Turkish pretax return on assets in Q2 of 2013 clocked in at 2.3%, surpassing Russia’s 2.1%, and that of Poland and the Czech Republic at under 1.5%. Having successfully tackled the consumer market since 2005, Turkey now stands poised to address a corporate banking clientele. A raft of promising services includes insurance, pensions, asset management and brokerage, especially if savings levels increase.

Meanwhile, “the government is introducing Istanbul as a regional hub in its own right, with proximity to Central Asia and Middle Eastern markets,” notes Mehmet Sami, Deloitte’s partner for financial services in Turkey. The Borsa Istanbul has also restructured and is seeking both regional and Turkish companies to list on its exchange.

Despite such powerful attractions, analysts regard the pace of credit growth warily. A decade-long boom of uninterrupted expansion generated average credit growth of more than 30%, actually doubling since 2010 to a current level of more than 1 trillion lira ($502 billion).

The credit-to-GDP ratio has doubled since 2007, to more than 60% at present. “Credit growth without sufficient GDP may be unsustainable, since both are needed,” Shearing warns.

Oliveira da Silva explains how the Central Bank of the Republic of Turkey has tried to dampen the credit fervor since 2011 by imposing provisioning requirements on consumer loans, reducing the maximum loan-to-value ratio on mortgages and raising reserve ratios.

Although credit growth decelerated in 2012 to just over 16%, it picked up again to 25% during the first half of this year, because the CBRT eased monetary conditions.

Another warning sign flashes when banks rely increasingly on wholesale markets to finance lending. “We know from history that deposits provide a more stable form of funding than wholesale sources,” says Shearing. Loan-to-deposits ratios have escalated to 110% this year, from a more restrained 80% back in 2009; external liabilities mainly comprise short-term syndicated loans that must be renegotiated annually.

A further mismatch ensues, since deposits average only about five months, while multiyear loans need to be funded.

Currency exposure also affects both liquidity and credit risk. Although Turkish mortgages cannot be denominated in foreign currencies, more than 25% of bank credit is non-lira. Bank regulators officially require that those corporate loans be extended only to hedged firms with foreign income flows. Oliveira da Silva, though, is skeptical, sensing “a bit of indirect currency risk.”

“Integrated loyalty and the ability to leverage big data for enhanced targeting and relevance is important, so location-based and merchant-funded offers/rewards programs are popular as well,” says Uygun, who highlights the “need-based context” for mobile banking: “If the brand can serve the customer in an emergency, it increases the frequency of customer interaction, stickiness and loyalty.”

In this fertile environment, it is unsurprising that cross-border M&A has flourished since 2004, despite physical distance and political, ideological and cultural challenges. In 2005, Sami of Deloitte advised GE Capital to buy Garanti Bank, Turkey’s second-largest bank, in the firm’s largest European deal to date, in which it paid approximately $1.8 billion for a 26% stake in the Turkish bank. Since then, among noteworthy deals are the Russian bank Sberbank’s purchase of Denizbank from Belgium’s Dexia for $3.5 billion in June 2012, and the Commercial Bank of Qatar’s finalization of its 71% majority stake in Alternatifbank this July.

A second round of banking consolidation is under way in Turkey. For example, in 2010, Turkey’s Fiba Group repurchased 95% of Millenium Bank in Turkey from Banco Comercial Português. Likewise, GE sold its $3.3 billion stake in Garanti to Spain’s BBVA, having made two-and-a-half times its investment in five years. “Western banks have retreated to home markets and scaled back,” says Oliveira da Silva. “They have needed to address problems at home, following the credit crisis, and meet stricter capital requirements, like Basel III. Some were even forced to leave Turkey and other markets to comply with their bailout terms.”

Another recent trend involves new banking licenses, first permitted after a 12-year hiatus by Turkish regulators to Lebanon’s Bank Audi Group in 2011. With a minimum capital requirement for a license of $300 million, other major applications are pending. Bank of Tokyo-Mitsubishi UFJ is the latest recipient.

“Lastly, some Turkish banks are slowly moving outbound, acquiring licenses in other geographies,” says Sami. Işbank, one of the big four Turkish banks, bought Bank Sofia, a small Russian bank; Credit Europe, owned by Fiba Group, has offshoots in Holland, Belgium, Germany, Malta and other locations, to support Turkish interests. Whether abroad or at home, Turkey’s banking industry, backed by a sound regulatory environment, justifies some optimism, but it also sounds a note of caution.

Note: Capital adequacy ratio is the percentage of a bank’s capital to its risk-weighted assets. Due to differences in consolidation methods, national accounting, taxation, and supervisory regimes, data are not strictly comparable across countries.
Numerator: Total regulatory capital (Tier 1, Tier 2, and Tier 3) after supervisory deductions, as defined by the Basel Committee on Banking Supervision and national supervisory guidance.
Denominator: Risk-weighted assets as defined by the Basel Committee and national supervisory guidance.