The Two Faces Of Africa

The continent continues to outperform other emerging markets, but not all of its 54 countries are moving at the same pace when it comes to political, economic and social developments.

According to the IMF’s Regional Economic Outlook, Africa is now the second-fastest-growing region in the world, trailing only emerging Asia. The World Bank recently raised its 2014 growth forecast for sub-Saharan Africa to 5.3%, citing domestic demand and higher commodities output as the principal drivers. 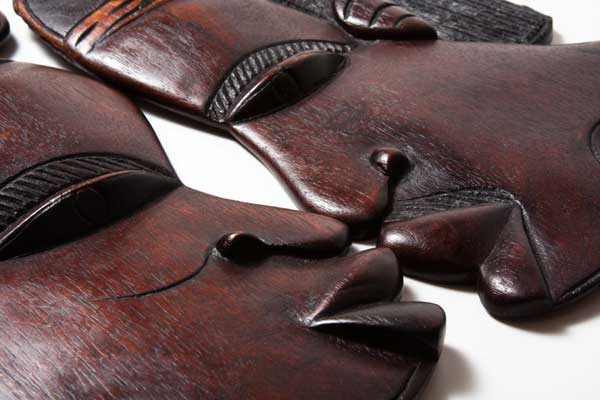 But not all African countries or regions are advancing at the same pace. Joseph Rohm, portfolio manager at Investec’s Africa Fund, warns against generalizations about the whole continent. “We’re talking about 54 countries,” he says, “all of them moving along very different political, social and economic trajectories.” Among the fastest-growing, according to the World Bank, are Ethiopia, Mozambique and Rwanda. But the IMF sees more-developed, middle-income nations like South Africa as continuing to struggle with sluggish growth.

However, Rohm does see a “virtuous cycle of growth drivers” that should make Africa as a whole outperform over the long term. “Governance,” he says, “is now much better across the continent—both at government and corporate levels.” Also, the fact that “Africa is largely at peace, coupled with broader democratization—roughly 70% of countries are now functioning democracies—provides a base for implementing more-effective monetary and fiscal policies.”

The results of all this include low inflation, compared with recent history, and relatively low debt/GDP ratios of 20% to 30%—as against 100% or more in many developed markets. These statistics, in turn, provide a level of comfort to international foreign direct investment and portfolio investors who have been pouring into Africa in search of higher returns.

African countries’ issuance of US dollar–denominated and euro-denominated bonds reached new records in 2013, according to Moody’s, as governments have sought to tap global markets before any tapering of US quantitative easing and tighter monetary policy kicks in.

Fears of capital outflows pushed average yields on the J.P. Morgan Next Generation Emerging Markets Africa Index, which tracks the region’s bond markets, up from 5.3% in January to 7.9% at the height of the tapering crisis in late June.

But since then, African bond markets have recovered, with average yields dropping by more than 100 basis points. Kenya is planning a US billion-dollar-plus debut sovereign bond issuance, and Moody’s expects Angola, Cameroon, Mozambique and Tanzania to follow suit in the next few years.

Rohm believes the reason Africa’s fixed-income markets have shown resilience against the kind of sudden outflows that have affected other emerging markets since last May is precisely because “as markets they are not so deep, and therefore the flows are not so large.” The same applies to African forex markets, according to Standard Bank, with low correlation to global markets meaning less impact on African currencies than is likely elsewhere in the developing world.

“When QE ends,” says Rohm, “African equities and fixed income should outperform other emerging markets.” Standard Bank is especially positive about African eurobonds, which have outperformed those of broader emerging markets this year. Analysts at the bank expect to see further price appreciation.

In terms of foreign direct investment (FDI), funding aid programs and soft loans, China is still by far the largest player in Africa. It is also the most important consumer of the continent’s natural resources. But, as Rohm points out, trade is now increasingly with India, Brazil, Turkey and Russia. “Trade has already broadened,” he says, “and the lowering of trade barriers will drive more inter-African trade.” Moreover, service sectors are growing much faster than oil and natural resources.

“Natural resources are abundant and underexploited,” says Rohm, “and we are seeing much greater capital expenditure in exploration now that better royalties and fiscal regimes are in place, as in Tanzania.” He highlights oil and gas in East Africa, where new finds in Kenya are large enough to make building a new pipeline linking up with Southern Sudan and Uganda viable. In Mozambique, a country with a $15 billion economy, some $25 billion is going into developing its gas infrastructure over the next three to five years.

Urbanization continues at a rapid pace, generating a middle-class consumer base that is growing by more than 5% a year, according to the Organization for Economic Cooperation and Development. “At this rate, by 2020 the size of Africa’s middle classes will have almost doubled,” says Rohm, “with consumption moving from basic foods to more discretionary purchases.”

Africa’s fast-growing labor force, combined with increasing productivity, is creating opportunities in light manufacturing. Nissan recently announced that it is opening an automobile plant in Nigeria, while Honda and LG have set up in Kenya.

Mobile telephony and banking are spreading rapidly and transforming the way in which small entrepreneurs, traders and farmers do business. And both business and consumer credit are expanding fast.

Overall, Africa’s prospects are brighter than those of most other developing markets. Likewise, it would appear to be more resilient to external financial shocks, although the widely-held expectation that commodity prices will continue to slide sideways may create a drag on energy and mineral exporting nations. North Africa is held back by the fallout from the Arab Spring and sluggish demand from Europe. But many of the world’s fastest-growing economies are now in sub-Saharan Africa.

And yet, as the World Bank’s acting chief economist for Africa, Francisco Ferreira, points out, even rapid economic growth is not pulling enough Africans out of poverty. Almost half of all Africans still live in extreme poverty, and inequality is rising, with the number of dollar billionaires more than doubling to 55 in the last year alone.

Largely, this disparity is owing to weak governmental and legal institutions, says Dr Leigh Gardner, a lecturer in economic history at the London School of Economics, who together with colleague professor Stephen Broadberry, published a study comparing current GDP per capita across Africa with that of medieval and early-modern Europe. According to their study, countries like the Democratic Republic of Congo and Sierra Leone have income levels equivalent to those of an Englishman before the Black Death (1348), while South Africans’ average incomes are similar to those of average incomes in Britain around the year 1900.

The institutions of poorer African countries share “medieval characteristics”—arbitrary rule with few checks and balances, weak control of outlying areas, rampant patronage, cronyism and corruption. And as Gardner points out: “In Europe it took several centuries to achieve institutional change and enhance the state’s capacity.” Moreover, “reversals are always a possibility—even in richer countries.”

And, while most observers see Africa’s economic growth as robust, Gardner warns that over the longer term this too could be reversed, just as three decades of African growth from the 1940s to 1960s gave way to three decades of economic stagnation and civil wars from the 1970s onward. Until good governance is strengthened and becomes entrenched, nothing can be certain in Africa.