UK: A Capital Of Islamic Finance?

On October 29, a little piece of history was made when the UK finally announced it would become the first Western country to issue a sovereign sukuk, or Islamic bond.

The issue, for £200 million ($320 million), is expected next year. It is a fifth of the size of the sukuk that was originally planned by consultation back in 2008. 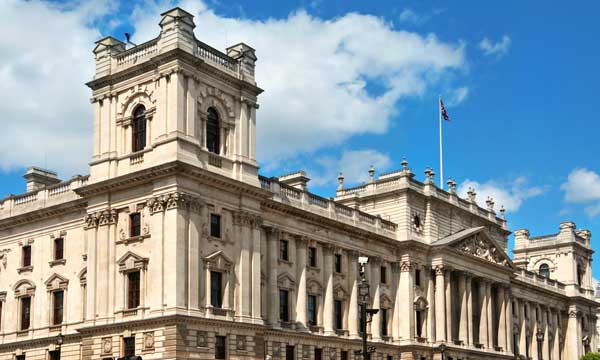 HM Treasury, London: Sovereign sukuk in the cards after years of setbacks

Renowned for its size, diversity and innovation, the City is already a big Islamic finance player, with the London Stock Exchange home to 14 new sukuk since 2012. It now lists 49 sukuk, with a combined value of $34 billion.

Simon Hills, executive director of the Prudential Capital and Risk Team at the British Bankers’ Association, says he hopes London’s first sovereign sukuk will lay the ground for more and bigger sukuk in the future.

“One of the most important things it will do is establish a benchmark government yield curve for future sovereign and private sukuk. This may be the UK dipping its feet in the water, but it is a good start and a clear declaration of future intent,” he says.

However, the best news for London is that, although the UK’s first sovereign sukuk is clearly aimed at wholesale investors, there is a lot of Arab money in the UK looking for a safe but suitably Islamic home. Most of this will find a home in infrastructure spending, but expect sovereign sukuk aimed at the retail market to start making an appearance in the not-too-distant future.