From Public to Private 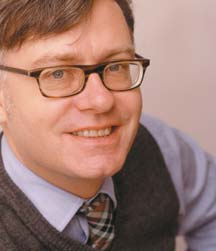 As this month’s cover story (A Tangled Debate, page 22) shows, Public Private Partnerships (PPPs) are nothing if not controversial. At last September’s annual conference of Britain’s governing Labour Party, PPPs came closer to provoking a revolt against Prime Minister Tony Blair than anything yet in his six-year premiership.

With the most vociferous critics congregated on the left of the party, it’s easy for free marketers to dismiss opposition to PPPs as politically motivated, and the case for greater private sector provision as unanswerable.

They’d be stupid to fall into that trap. In reality there’s a great and growing suspicion of the motive of private companies providing public services in Britain, and it’s by no means limited to one section of society.

Does all this matter outside a small country of under 60 million people? Yes, is the answer. PPPs are spreading across the globe, as demand for health services and roads and railways outstrips the willingness, and often the ability, of governments to provide them. Done properly, PPPs can provide more and better services for citizens as well as a thriving market for companies as diverse as builders and healthcare operators.

For investors, the opportunity to deploy capital toward projects and businesses throwing off stable, long-term cash flows is a golden one. And for banks and financial advisers the growth of PPPs promises lucrative work to replace languishing markets such as that for conventional project finance.

But the reluctance of the UK government to really spell out why it’s pushing so hard for PPPs can only hamper the growth of the market, enhancing suspicions that its foundations are rooted in ideology, not sense.

Our story looks at why those charged with delivering public services around the globe are flocking to the UK to see how it’s done.But they might just as profitably head to New South Wales,Victoria or Dublin, where a refreshing frankness about the motivation for using PPPs combines with a robust pragmatism toward the virtues—and the pitfalls—of private sector involvement.