Milestones : Snow Talks Up The Dollar To Avoid A Crash 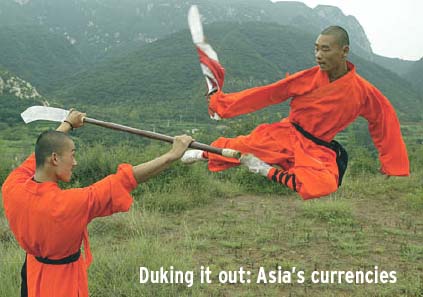 The Group of 7 finance ministers and central bankers will face some thorny currency issues once again when they meet in sunny Boca Raton, Florida, on February 6 and 7. The G-7’s communiqué of last September may turn out to be one of the most important developments in the currency markets of this decade, according to some analysts. Instead of the standard language about letting exchange rates reflect economic fundamentals, the Dubai communiqué struck out in a new direction. It emphasized that “more flexibility in exchange rates is desirable for major countries or economic areas to promote smooth and widespread adjustments in the international financial system, based on market mechanisms.” This put the spotlight squarely on China’s currency peg to the dollar.
“The potential change in stance suggested by the G-7 at Dubai has wide-ranging implications that could lead to a managed devaluation of the US dollar over the next several years,” says Michael J. Woolfolk, senior currency strategist at Bank of New York. Unless the dollar is allowed to depreciate sufficiently against the currencies of its major trade and investment partners, the US will grow increasingly indebted to foreign investors and exposed to a sudden reversal in foreign investment, Woolfolk says.
But China’s currency peg is just one example of Asian nations seeking to support exports through foreign exchange policy. Japan intervened to the record tune of nearly $200 billion last year to keep the yen from rising. It sharply accelerated its torrid pace of intervention in early January. All of this begs the question of why China is being singled out for not carrying its share of the adjustment burden. The answer, analysts suggest, is that Japan is using the dollars it accumulates in its currency-market intervention to buy US treasury bonds, helping to finance a major portion of the US current-account deficit. One shudders to think what could happen if that flow of funds to the US is shut off.