Corporate risk managers are finding their roles are getting bigger and their efforts are more closely monitored. 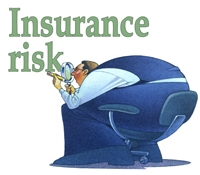 In an era of headline-grabbing financial scandals and greater oversight by regulators, corporate risk managers are finding themselves under more scrutiny than ever before. Chief financial officers, corporate attorneys and board members are all eyeing the risk management techniques that their top risk officers are using to protect their companies’ bottom lines—as well as their own personal financial assets.


One of the primary causes of the increased interest in risk management has been the series of financial scandals that began with Enron and WorldCom in 2001. While financial shenanigans are nothing new, shareholder lawsuits stemming from these scandals have surged at the same time that company profits were being squeezed by the downturn in the global economy.


“Risk managers are facing pressure from chief financial officers and chief executive officers who are being held more accountable from legislation like Sarbanes-Oxley,” says Stephen Fitzsimonds, a senior vice president at broker Arthur J. Gallagher, which is based outside Chicago in Itasca, Illinois. “There’s more accountability in today’s world, so risk managers are getting more scrutiny.”


The implementation of tougher corporate governance legislation, such as the Sarbanes-Oxley Act of 2002, has made corporate officers and board members of publicly traded companies start to pay closer attention to their insurance coverage. New requirements, such as an insistence that financial statements have to be certified by CEOs and CFOs and greater responsibility for maintaining financial reporting controls and procedures, have increased the liability of company executives and directors, experts say.

Foreign companies, particularly those that have American depository receipts listed on US exchanges, are not immune from the more stringent regulations. “There’s a lot of frustration [in Europe] with Sarbanes-Oxley because companies have to comply but are coming from different accounting and auditing perspectives,” says Randy Nornes, managing director at AON Risk Services, part of the giant Chicago-based insurance broker AON.


Nornes adds that recent hefty insurance premium hikes have also drawn more attention to the cost and effectiveness of many corporations’ insurance. “Insurance budgets are under more scrutiny because they’ve become some of the most expensive items within the total corporate budget,” Nornes says.


Directors and officers (D&O;) liability insurance experienced some of the most drastic increases during the recent price run-up. It wasn’t unusual for publicly traded large corporations to suffer triple-digit increases.


“Insurers were beginning to ask themselves, ‘Can I underwrite corporate America?’” says Lou Ann Layton, who heads the D&O; liability practice at the New York headquarters of insurance broker Marsh. Insurers are particularly worried because many of the companies that have become enmeshed in financial scandals were big, well-respected organizations, “companies who were at the top of their game with the best corporate governance practices … among the best companies to work for and with high-flying stocks,” she says.


Now, after the huge premium hikes of 2002 and 2003, annual increases in D&O; cover have finally slowed to 10% to 25% for mid-size companies and 20% to 25% for large corporations. Some corporate clients are even finding they can get by with a single-digit increase.


Fitzsimonds of Gallagher says he believes D&O; liability premium hikes are beginning to soften and will start to head downward soon. “D&O; is the tail of the dog. We lag behind the rest of the insurance market by about two years,” he says. “The general property and casualty market is stabilizing now, so we should also in another two years.”


The increased focus on corporate governance has also sparked the development of new financial services products that can help a company monitor its corporate governance risk. New York City-based financial ratings agency Standard & Poor’s, for example, offers corporations a detailed assessment that comes with corporate governance scores and evaluations. These evaluations can be kept confidential or released to investors and the public. The service, first used in 2000 for companies operating in Russia, has gained popularity among US companies in the past year. About 50 companies around the world have used the service since its inception.


“In the past year US companies have been scrambling to catch up with Sarbanes-Oxley and new SEC requirements,” says Andrea Esposito, vice president of governance services at Standard & Poor’s, adding that she expects more US corporations to begin tapping into the service.

Staying Ahead of the Game


But financial scandals and stricter corporate governance regulations aren’t the only reasons for corporate executives zeroing in on their risk managers. Gary Meers, director of risk management at Southern Company, a regional energy company based in Atlanta, Georgia, sees the greater emphasis on risk management as part of an overall trend among well-managed companies to identify and manage all their risks in a comprehensive manner—a process also known as enterprise risk management.


Corporate risk used to be managed separately or in so-called silos, Meers says. Risk managers were responsible for the purchase of traditional property and liability insurance products, while corporate treasurers, for example, managed financial risks, such as foreign exchange and interest rate risks, and volatile fuel prices were managed by a commodities department. Now risk managers are increasingly taking on more of the responsibility for company-wide risks and using new tools, such as risk-modeling software, to assess their impact on the corporate bottom line, Meers says.


“The migration of businesses toward taking a broader view of risk has gained momentum from Enron and Sarbanes-Oxley,” notes Meers. “Companies want to be aware of any risk that prevents or hinders them from accomplishing their business goals. I’m working hard to avoid obsolescence. Risk managers have to move beyond traditional tools and techniques.”


While the greater attention on risk management may stem from a negative trend like corporate financial mischief, it also offers risk managers—who have frequently had trouble gaining the attention of senior managers—an opportunity. “All of this illuminates the need to have a good risk manager in the company who has a sensitivity to the inner workings of the company,” says Wayne Salen, a risk manager and consultant in Port St. Lucie, Florida, who is a board member at RIMS and chairperson of its external affairs committee. “It’s been a sad thing that a lot of risk managers are not in front of the board and haven’t had the visibility and clout with management that they should,” he says.