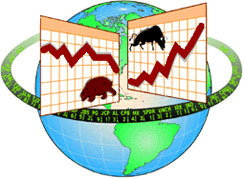 Initial public offerings from Latin America are heating up, but companies based in the developing nations of Asia are likely to once again be the biggest issuers of depositary receipts to raise equity capital this year, bankers say.

China, South Korea, India and Taiwan, the major emerging markets of Asia, are growing rapidly and will need to raise large amounts of capital in Western markets in 2005, bankers who arrange these issues say. Equity capital that was raised in the form of depositary receipts, or DRs, by non-US companies totaled more than $9.3 billion last year, according to Citigroup.

Asian companies accounted for 69% of the total, Latin America 13%, and Western Europe 12%. Companies based in Asia accounted for 93% of the equity-raising DR issues a year earlier.

"Asia will continue to dominate in 2005, which currently appears as if it will be another robust year for capital raising," says Sanjeev Nanavati, managing director of Citigroup Depositary Receipt Services, who divides most of his working time between offices in New York and Hong Kong.

IPOs from China and India will be primarily privatizations and will come from a broad spectrum of industry sectors, Nanavati says.

The need for capital in Taiwan is more closely tied to technology and the need to build new plants to meet growing demand for semiconductors and high-tech equipment, he says. "South Korea is somewhere in the middle and could offer a mix of privatizations and technology-related and other issues," he says.

At a time when US investors are seeking greater international exposure to diversify their stock portfolios, American depositary receipts, or ADRs, offer a convenient way for them to participate in ownership of non-US companies. ADRs are quoted in dollars and trade and settle in the same manner as US stocks.

According to the US Federal Reserve, the total value of US investment in US-listed DR programs rose to $490 billion at the end of the third quarter of 2004, an increase of 30% from the same period a year earlier. Annual DR trading volume has increased every year since 1990 and reached an all-time high of more than 39 billion receipts in 2004. "This activity demonstrates the strength and resiliency of the DR marketplace, particularly taking into account the uncertain global macroeconomic climate and concern over increased regulatory issues," says Christopher Sturdy, managing director and head of the Bank of New York’s depositary receipt division.

"Clearly, investors recognize that DRs provide access to many companies in attractive industries and countries," he says. "Non-US companies likewise continue to demonstrate confidence in the significant value and benefit of using DRs to access the global capital markets."

The total market capitalization of the ADR market is about $600 billion, with issuers based in 80 countries, according to JPMorgan Chase.

The bank estimates that there are about 500 ADRs listed on US exchanges, and another 1,600 trade in the US over-the-counter market or privately between institutional investors under Regulation S and Rule 144A.

Only 25 of last year’s new programs were US stock exchange or Nasdaq listings, a substantial increase over 13 in 2003 but well below the 95 new programs listed in the US as recently as 2000, according to the Bank of New York, which says it acted for 63% of all new DR programs and 60% of DR capital raisings in 2004.

"The number of securities litigation cases filed against non-US companies listed on US markets will most likely continue to increase," says Grace Lamont, partner at PwC and author of the study.

"Closer cooperation between US and foreign regulators and more frequent reviews of foreign filings, as required by the Sarbanes-Oxley Act, will result in increased exposure for companies," she says.

Meanwhile, the value of trading in US-listed ADRs increased by 40% to about $885 billion in 2004. Energy-sector DRs were among the most actively traded, led by BP of the UK and Royal Dutch Petroleum of the Netherlands. Pharmaceuticals also were active, notably Ireland’s Elan and Israel’s Teva. Each of these sectors recorded more than $100 billion of trading in 2004, according to the Bank of New York.

Companies from 29 countries established 121 new DR programs last year, a jump of 48% from the 82 programs launched a year earlier, the bank says.

Some 34 of the bank’s 39 country ADR indexes were higher last year, with Austria, Belgium, Colombia, Turkey and Venezuela all gaining more than 50%.

One of the factors contributing to the broader regional participation in capital-raising activity in 2004 compared to a year earlier appears to be an improvement in the performance of global equity markets, according to Nanavati of Citigroup.

The bank launched four Liquid Depositary Receipt indexes last July to provide increased insight into cross-border investment activity and a gauge of US and international investor sentiment toward non-US markets.

The Citigroup indexes include only actively traded companies that have US exchange-listed ADRs or global depositary receipts traded in London. To be included in the indexes, US-listed ADRs are required to have a minimum value of trading of $2 million a day, and London-traded GDRs must trade at least $1 million daily.

"The fact that the Latin American markets increased significantly in value in 2004 acted as a catalyst for companies from that region to raise money, because they could get a better price for a new issue," Nanavati says.

Meanwhile, stronger local economies are increasing the need of companies in the Latin American region to raise funds for expansion via stock issues.

Emerging markets accounted for the vast majority of DR capital raisings last year. There were only two capital-raising transactions from developed markets: Germany-based GPC Biotech completed an IPO, and Royal Bank of Scotland of the UK made a secondary DR offering of $925 million preference shares. 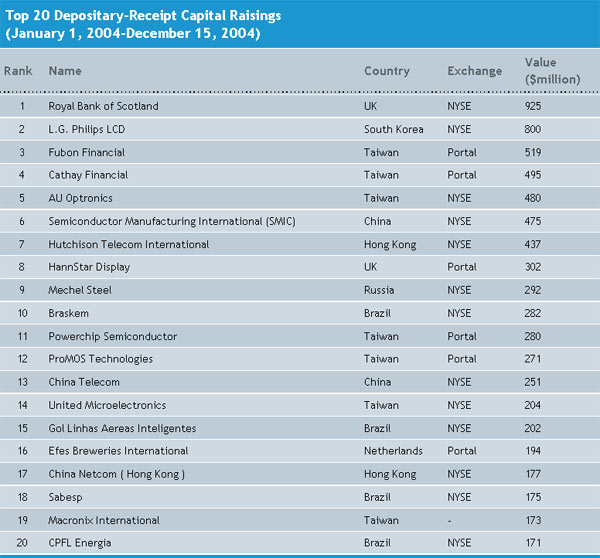 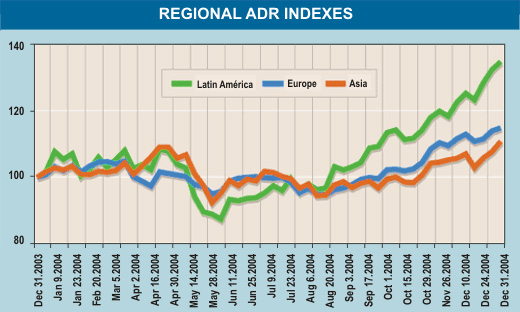 Bank of New York was selected as depositary for five new Level-1 ADR programs in December and early January. These ADRs trade in the over-the-counter market.

Two of the companies with new programs are based in Australia: Antisense Therapeutics, a bio-pharmaceutical drug-development company; and Regenera, which treats inflammatory diseases of the retina.

Among European issuers of ADRs were Ireland’s Kerry, an international food company; German footwear and sporting goods maker Adidas-Salomon; and UK-based ICAP, an inter-dealer broker of derivatives and other securities with an average daily transaction volume of $700 billion.