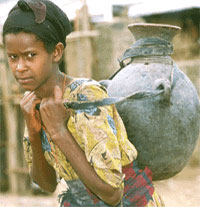 Endowed with a huge land mass and immense natural resources, Southern Africa offers an important market opportunity for countries both in the region and outside. Many of Southern Africa’s governments have recognized, however, that it is only through tighter economic integration that the region will be able to bring in the investment needed to fully exploit its abundant resources and generate real growth.

The Common Market for Eastern and Southern Africa (COMESA), one of the main trade groupings in the region, is also pushing for greater integration of member states with the industrial countries in Europe, North America and Asia. “We are determined to increase our trade with developed countries that happen to be our major partners,” says COMESA secretary general Erastus Mwencha.

Despite repeated efforts to create a homogeneous economic bloc in the region, Southern Africa’s economies remain fractured, with wide disparities between them. Regional organizations are still working hard to eliminate trade barriers and begin to develop economies of scale that will help the region compete globally. Unfortunately, the efforts are not bearing fruit; in fact, Southern Africa’s trade flow has declined.

Critics of the drive toward regional integration point to the fact that some individual countries have vaulted themselves out of poverty without the need for trade alliances and, in some cases, without much in the way of natural resources. Landlocked Botswana, for example, is in much better economic shape than the much larger and mineral-rich Democratic Republic of the Congo. Botswana’s prosperity is largely the result of fiscal discipline and sound financial management.

The small island country of Mauritius has also made dramatic progress since achieving independence in 1968. At that time the economy was dependent on a single crop—sugar. Now, after a government-led drive to establish Mauritius as a financial center, agriculture accounts for just 6% of the economy, while services account for almost two thirds of GDP. The island’s population has benefited from the country’s economic expansion, and Mauritius now has an average income per capita that is higher than South Africa’s.

Unfortunately Botswana and Mauritius’s experience is rare. Many other countries are still wrestling with famine, war or civil strife and disease epidemics. In fact, even Botswana is facing huge potential problems from HIV/AIDS, with almost 40% of the adult population believed to be infected.