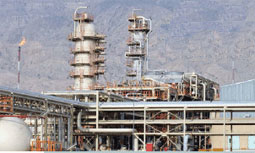 Qatar Petroleum and ExxonMobil secured funding in December for the $12 billion Qatargas II project, which will supply LNG from Qatar to the UK beginning in 2007. The $7.6 billion bank financing for the venture, the largest energy-project financing ever, involved 58 lenders, including conventional and Islamic banks, as well as the US Export-Import Bank.

The agreement was the third-largest project financing of any kind, after the Channel Tunnel and a Taiwanese high-speed rail financing. The lenders formed the largest group of mandated lead arrangers ever in a bank syndication, according to Royal Bank of Scotland, which served as financial adviser, and White & Case, the legal adviser for the project sponsors.

The complex project includes the development of offshore wells, production platforms, pipelines and natural gas liquefaction facilities in Qatar; construction of the South Hook import terminal in Milford Haven in South Wales, UK; and the sales and marketing of the gas. Qatar Petroleum owns 70% of the project, and ExxonMobil 30%. South Korean shipbuilders won orders to build 16 LNG tankers, which will be the largest membrane-type LNG carriers to transport the gas to the UK.

The bank financing agreements include a $530 million Islamic financing, the largest such long-term financing, and a $1.1 billion financing for the South Hook Terminal. At 25 years, the terminal financing is the longest British pound-denominated energy transaction without government or mono-line credit-insurance support.

This is the first LNG financing where the entire chain from wellhead to terminal has been developed by the same partners throughout and financed as an integrated financing.