Features : The Need to Be Different

February 01, 2006
Author: Anita Hawser
As their customers’ needs become ever more complex, custodians are finding themselves providing services that are far beyond their traditional realm.


The custody business has undergone dramatic change in the past five to 10 years. With profitability levels becoming increasingly difficult to maintain and the ongoing need to invest in technology, a number of players exited the business, selling their assets to one of the large global players, which manage assets in excess of $30 trillion.

Consolidation, and the need to sustain profit margins, means it has become more important than ever to differentiate on service levels. At the same time, the customer landscape has also changed dramatically, forcing custodians to move beyond core custody provision into more sophisticated areas.

As Jeremy Hester, senior vice president, Global Funds Services, Northern Trust, explains, “As little as five years ago there was still a lot of pure custody in the UK and Europe,” which he attributes to the fact that throughout the 1990s the industry was less mature, and Northern Trust was focused primarily on servicing the pension fund sector. The provision of core custody was limited to a set of services involving the movement, settlement and safekeeping of securities, as well as services such as income collection and corporate actions processing. Anything above and beyond that was considered value-added. “Reporting was basic, with each custodian developing an individual system, and clients were left to do their own fund and portfolio accounting,” says Ramy Bourgi, a business executive at JPMorgan Investor Services.

But the 1990s heralded a number of changes, not least of which was the impact of regulation on institutional investors, forcing them to re-assess what was core to their business and what they could “outsource” to third-party providers. “Once we started servicing the investment management sector, they started asking questions about our capabilities in Dublin, fund accounting and administration,” says Hester, areas in which custodians were historically not involved.

It wasn’t long before custodians found themselves moving beyond core custody and the investment manager’s back office into the front and middle office, where more emphasis was placed on value-added capabilities. “We have re-invented ourselves as an asset servicing company,” says Hester, adding that few firms today are still focused primarily on core custody—although safekeeping and settlement is still an integral part of custodians’ asset servicing menu. Alan Greene, executive vice president, State Street, says there is still broad interest in products and services that are linked to custody. But when the bank competes for large mandates, custody alone is never enough. “For us the definition of custody and everything it includes has become fairly broad and includes specialized functionality that we don’t believe others have,” he says. “It is not just clearing and settlement, but income projections, market analysis, market research and information supporting reconciliation.”

While some claim core custody has become commoditized, Hester says custodians still differentiate on service delivery, operating models, reporting, technology capabilities and their flexibility to adapt to different customer needs. In the area of reporting, for example, a number of custodians are looking to differentiate based on their level of technological sophistication. The Bank of New York recently gained a UK patent for an electronic messaging interface that facilitates communication between investment managers and the bank’s BNY SmartSource platform, which it uses to manage investment managers’ middle- and back-office functions.

“Access to data, the kind of data the customer wants, how, when and where they want it, is very important, and we have focused a lot on these areas,” says Greene. Providing this data demands constant investment in technology, though. State Street invests 20% to 25% of its operating budget in technology, for example. 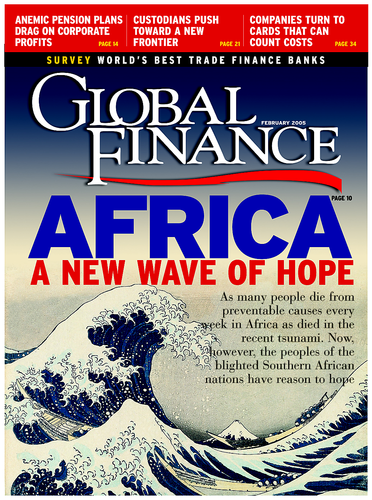 This article appeared in issue February 2006