After a year in which energy dominated the headlines as never before, the world’s political dynamics are now arguably more about this precious resource than anything else. 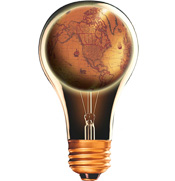 When the Group of Seven nations met in St Petersburg last July, Russian oil giant Rosneft had just completed its $10.4 billion IPO—the fifth largest in the world. The timing of the float was not coincidental. Rosneft’s IPO fulfilled two seemingly contradictory goals: First, it enabled the Kremlin, which retained 85% of Rosneft, to demonstrate that it was happy to allow international investors to buy into its energy assets. Second, and more crucially, it reminded everyone how important Russia is: A third of Western Europe’s natural gas comes from Russia, and this figure will rise significantly. Last winter Russia cut off gas supplies to Ukraine due to a political dispute and only restored them at higher prices. This winter Russia is similarly using energy as a political tool in Belarus—much to the disgust of the European Union.

Russia and other countries have also demonstrated their nationalistic tendencies in other ways. In December the Kremlin forced Shell to quit its stake in the world’s biggest liquefied gas project, the $20 billion Sakhalin-2 scheme in the far east of Russia, in favor of state-owned energy group Gazprom. Meanwhile, China has embarked on a courtship with a number of African countries, signing deals giving it exclusive rights to energy and a range of natural resources.

“Economic nationalism in energy means that some supply is being contracted for on a bilateral basis,” says Fred Cohen, partner and global advisory leader for the energy, utilities and mining sectors at PricewaterhouseCoopers (PwC). “That means that supply and liquidity is potentially constrained, resulting in greater volatility because there is greater exposure to the threat of disruptions of supply.”

Energy Security
While concern over energy is a global phenomenon, there are some key differences between the energy debate in the United States (and to a large extent Asia and Latin America) and that in Europe. While there is a strong grassroots environmental movement in the US, green issues have not gained traction in the political mainstream. Instead, the energy debate in the US, while touching on many of the same issues of the more environmentally focused approach of Europe, concentrates more on energy security.

In some aspects, energy security and environmental concerns coincide. The United Kingdom’s push for wind power—it announced plans in December for the largest wind farm in the world to be sited in the Thames estuary—is as much to do with voter and consumer pressure to go green as it is to do with reducing the country’s dependence on Russian gas, given concerns about the direction it is taking under President Vladimir Putin.

However, in other instances the divergence of energy security and environmental concerns is acute. Biofuels are seen by some as a panacea for the United States’ energy woes, given that they can replace gasoline. However, biofuels require an energy source—usually natural gas—for production, and the US has a shortage of indigenous natural gas. Consequently, there are currently proposals in the US to produce biofuel using coal-generated power. Such a suggestion might make sense from an energy security perspective, but it makes a mockery of any environmental pretensions given that burning coal produces vast amounts of carbon dioxide.

Coal is also much more available in the US than gas, and the price is far more stable, which encourages electricity producers to use more coal. “In the United States, gas prices are two-and-a-half times more volatile than coal prices,” explains Jim Rogers, president and CEO of Duke Energy, one of the largest power producers in the US. “Therefore, there is an incentive to use more coal. As a supplier, we want smooth increases in price over time because it reduces the political and consumer reaction to price shocks.”

Carbon Emissions
The world of emissions trading is poised for a step change this year. In Europe, the EU Emissions Trading Scheme (ETS), established in 2005, will find its feet again after a traumatic year when the market all but collapsed. The importance of the market will likely be reinforced by the imminence of the second phase of the ETS, which will run from 2008 to 2012 in line with Europe’s Kyoto Protocol commitments.

The ETS—under which each country is given an allocation of carbon credits that are then divided by company in relevant sectors (55% of companies are covered by the scheme, although transport, controversially, is not) —has an objective of reducing carbon emission to 5.2% below 1990 levels by 2012. However, given the increase in emissions between 1990 and 2006, a reduction of up to 20% is probably required.

In 2006 the EU ETS was dogged by the revelation that EU governments had inflated their requirements for carbon credits, leading to oversupply. Consequently, the market fell from E31 a ton of carbon emissions to E8 in April 2006. “Although the collapse was undoubtedly problematic, it has focused governments and companies on the second phase of the ETS, when allocations of carbon credits will be much tighter,” says Stuart Clenaghan, principal of Carbon Capital, a company that develops reforestation projects in developing countries to create carbon credits and also produces crops for renewable energy.

Clenaghan notes that there is already a significant differential in pricing, with a ton of carbon emission for 2007 delivery trading at E6.55 in mid-December versus E16.95 for 2008 delivery, indicating the expectations of the market in relation to allocations under the second phase. It is unclear what effect the decision at the end of December by the EU Commission to extend the ETS to the aviation industry in 2011 will have on prices in the coming years.

While the EU looks set to take carbon emissions trading to a new level in 2007, in the US the debate is only just beginning. Having declined to sign up to Kyoto, the Bush administration is belatedly realizing the benefits of a green energy policy, evidenced by the president’s announcement of grants and tax breaks for renewables research in his State of the Union address in January 2006. The Democratic ascendancy in Congress is expected to intensify debate about carbon emissions.
“The power industry in the United States recognizes that there is an increasing probability of carbon regulation,” says Rogers at Duke Energy, adding that “2007 will be the year in which there is a debate about what form those regulations will take.” Already California, led by Governor Arnold Schwarzenegger, is poised to create a carbon cap and trade scheme similar to that in Europe.

Legislation for a similar cap and trade scheme is possible across the US by 2009 or 2010, according to Rogers. “The most important aspect of any scheme will be to make sure carbon allowances are correct from the start,” he says. “We need to incent and accelerate different behavior among energy producers and consumers rather than simply create higher prices. Moreover, we need to create incentives for early adoption while allowing sufficient time to replace fuel sources that no longer make sense. It’s a difficult balancing act.”

Alternatives Go Mainstream
Over the past year, alternative energy has been one of the largest capital markets stories, with numerous IPOs and massive injections of cash from private equity. New Energy Finance, a specialist provider of financial information, estimates that renewable energy and low-carbon technology industries will have set a new record of more than $100 billion worth of financing transactions during 2006.

In Europe, investors’ attention has been drawn to a number of hit IPOs from the solar and wind sectors, with the E339.9 million IPO of Electricité de France’s renewable energy unit Energies Nouvelles at the end of November drawing a 30 times institutional oversubscription. In the US, investor attention has focused on ethanol producers, with VeraSun Energy Corporation’s IPO in June a highlight of a busy year.

“Renewables are at the forefront of investor thinking,” says Sophie Horsfall, director in global equities at F&C; Asset Management, which manages more than $200 billion globally. “It is no longer an area for niche investors as it was a couple of years ago.” Moreover, energy giants such as BP, GE—one of the world’s biggest investors in wind power—and Shell have been the largest investors in alternative energy, bringing credibility to the sector that startups cannot offer.

Horsfall hopes that 2007 will see new legislation and taxation policies that will prompt further investment. “We have to remember that renewables technology is still at an early stage,” she says. “Most of the technology is not yet commercially viable.” PwC’s Cohen points out that renewables are competing with fuels that use an infrastructure developed over the past century. “The key challenge for renewables is to accelerate investment so that critical mass can be attained. For example, with just 2% of automobiles running on biofuels, it is not economical to roll out biofuel pumps across the US. But we need to figure out a way to make it happen,” he explains.

The Outlook
Of course, much of the pressure to develop renewable energy sources—and to ensure energy security—has arisen because of the high price of carbon fuels. “It is correct to say that if carbon fuels were to suffer a significant decline in price—with oil at $40 a barrel, for example—then there would be less of a clamor for renewables,” says F&C;’s Horsfall. But she adds, “A sharp decline in price is unlikely.”

Indeed, OPEC continues to flex its muscles. In mid-December it agreed an oil output cut of 500,000 barrels per day, or 2%, even as Angola, which sells most of its oil to the US, joined the organization. The consensus view among analysts is a price of $60 a barrel in 2007—close to the mid-December price of $62—compared to an average from January to November 2006 of $67 a barrel. Similarly, gas prices are expected to remain steady in 2007; only a small increase on the 2006 January-to-November average of $7 per 1,000 cubic feet is anticipated.

What is certain is that the energy industry is about to embark on a period of unprecedented change. The mixture of fuels used in the developed world—and potentially in the developing world, as China is studying alternative energy carefully—will be very different in five years’ time, and carbon emissions are likely to have been monetized by a greater number of countries than at present.

Similarly, the shape of the industry is likely to change, with continuing consolidation and specialization by geography or sector taking place. “Often energy companies have been broadly structured across a number of sectors, but now they are focusing on specific sectors,” says Cohen at PwC. “The industry requires significant investment—even before the issues of alternative sources of energy are addressed—and consolidation will help facilitate that.”