Europe’s exchanges are working hard to reduce the complexity of clearing and settlement across the region. 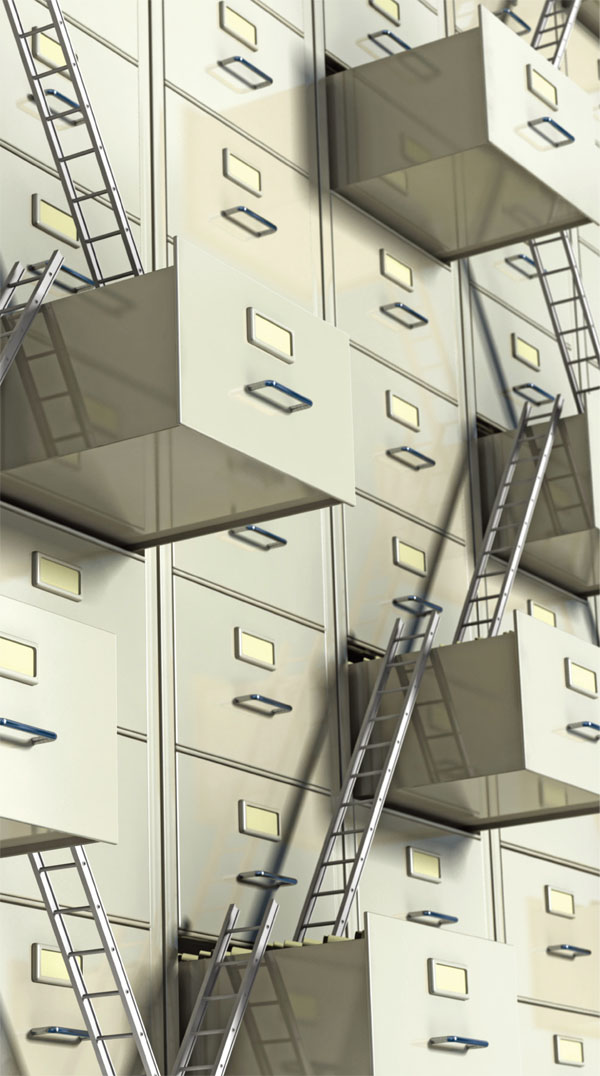 Any custodian doing business inEurope is used to dealing with “spaghetti”—not the variety of Italian pasta but the myriad different securities clearing and settlement platforms custodians have to connect to in order to manage securities on behalf of their customers. In an ideal world—one where there is a genuine single financial market across the European Union—Europe would have only one central securities depository (CSD) providing settlement for all European securities and one central clearing counterparty (CCP). Instead, it has a multitude of largely domesticfocused central securities depositories and clearing platforms. With so many CSDs and CCPs in the mix, it is hardly surprising that some custodians describe the current situation as a mess and complain about the additional costs and risks it creates.

With one eye on the United States, where clearing and settlement is handled via a smaller number of intermediaries, the European Commission has
embarked on various initiatives aimed at simplifying the system. And with good reason. According to a 2004 report, “The Direct Costs of Clearingand Settlement: An EU-US Comparison,” Europe pays a high price for its fragmented clearing and settlement infrastructure, which puts it at a competitive disadvantage relative to the US. According to the report, for an exchange-traded equity transaction settled on a net basis, the cost in the US was approximately €0.10. In a selection of major European markets the cost ranged from €0.35 to €0.80. The report blamed a lack of interoperability between clearing and settlement infrastructures and high costs associated with different legal, technical and regulatory practices.

In 2006 the European Commission’s Code of Conduct for Clearing and Settlement called on CSDs, CCPs and exchanges in Europe to deliver greater levels of pricing transparency and in-teroperability. The European Central Bank (ECB) also announced its controversial Target2-Securities (T2S) project, which is scheduled to go live in 2013. It will provide settlement in central bank money for euro-denominated securities via a single settlement platform instead of the plethora of different domestic platforms that are used today. By offering a single platform, the ECB hopes to substantially reduce the cost of securities settlement in Europe.

But as Olivier Grimonpont, director, fixed-income product management at Euroclear, points out, the cost of clearing and settlement in Europe is not just linked to fees charged by providers, but as much to the fact that there is infrastructure fragmentation and multiple jurisdictions with different laws and tax regulations. “Greater cooperation within Europe at a political level to harmonize legal and fiscal regimes would address post-trading’s true cost,” he asserts. While there is recognition both at the regulatory and industry levels of the need for greater harmonization of Europe’s fragmented clearing and settlement infrastructure, much of the progress to date has been overshadowed by the need for additional regulatory reforms.

One Step Forward, Two Steps Back

Instead of things getting better, though, custodian banks say the European landscape is becoming even more complex,
particularly in light of the introduction of the Markets in Financial Instruments Directive (MiFID) in 2007. MiFID allowed broker-dealers to gain “passports” for their trading services across Europe, which meant domestic securities no longer had to be traded on domestic exchanges. This gave rise to alternative trading venues called multilateral trading facilities (MTFs). Europe now boasts numerous MTFs, all of which support different central clearing counterparties.

CCPs are used to reduce post-trading, pre-settlement credit exposures in the event that a buyer or seller should become insolvent prior to settlement, and they have received increasing attention from regulators in the wake of Lehman Brothers’ collapse. Europe boasts a dizzying array of CCPs, including the Swiss Exchange’s SIX x-clear, EMCF (European Multilateral Clearing Facility), EuroCCP and LCH.Clearnet, as well as clearing firms for derivatives products, such as Eurex Clearing, Liffe Clearing and SwapClear.

In an effort to satisfy the needs of their broker-dealer clients who typically trade on multiple MTFs, custodian banks have to build technical interfaces with most if not all of the major CCPs in Europe. “There are lots of CCPs out there, and all have different models,” remarks Jonathan Bowler, head of product development, EMEA, at BNY Mellon Asset Servicing. “We
have to cover a lot of bases as it is difficult to determine at this point which CCPs are going to come out on top. Furthermore, there is little standardization among CCPs, which adds to the costs,” he notes.

Bowler says that as more OTC trades come on-exchange, this will entail more costs for buy-side clients. OTC trades brought on-exchange will be margined on both sides, whereas today they are only margined if making a loss (although he adds that, conversely, there are cost-of-capital savings from bringing OTCs on-exchange). Buy-side clients are also allowed to hold their trades in segregated accounts instead of in client omnibus accounts—hence, no margin netting benefits for CCP members (some custodians are CCP members). However, custodians will need to cover costs in other ways, such as via transaction fees, which will be passed on to clients. “This can prove counterproductive in terms of encouraging clients to funnel even more trades through CCPs in order to reduce risk,” says Bowler.

Matters are further complicated by the fact that CCPs will be charging different margin rates for the same products. Ultimately, if costs prove too high, Bowler says buy-side clients will simply find other, cheaper products that can do the same job.

Although CCPs are helpful in reducing credit risk, Tony Freeman, executive director of industry relations at post-trade services provider Omgeo, says they are not a panacea and cannot be applied to more bespoke financial instruments.

Nordic custodian bank SEB has made a substantial investment in developing the capability to service the different CCPs across Europe. Ulf Noren, global head of sub-custody client relations at SEB, says all large-cap exchange trades now need to be centrally cleared in Denmark, Finland and Sweden (Norway will follow in the spring) instead of bilaterally settled. This change has in a clearing environment compared with a bilateral environment,” Noren explains. Bowler of BNY Mellon says custodian banks need to have a substantial balance sheet in order to become a direct clearing participant in CCPs like SwapClear, which clears OTC interest rate swaps. The scale of investment required leads Noren and Bowler to conclude that further consolidation is likely among custodian banks, with Noren predicting that smaller local players may eventually be squeezed out by the larger regional custodians.

The EC’s Code of Conduct for Clearing and Settlement was expected to foster greater levels of technical interoperability
between CCPs, but Grimonpont of Euroclear says it has not been sufficiently successful on that front. He says some CCPs are overemphasizing the costs and complexity of interoperability in order to protect their commercial interests.

Given that the CCPs will not play ball, Omgeo’s Freeman says further regulation in the form of a new EU clearing and settlement directive is slated for their settlement to T2S, will be forced to seek new revenue streams.

Freeman speculates that T2S may go beyond its original remit of providing only settlement because US or Asian global custodians with a sub-custody business in Europe will want to offer a wider range of services. For those custodian banks that are pan-European providers, T2S should create the market harmonization they desire. And for smaller regional or local custodians, Bowler of BNY Mellon believes that T2S, combined with the costs associated with supporting multiple CCPs, means local custodians could be swallowed up by the bigger guys. “It is that old argument that big is beautiful in custody, and that plays to our advantage,” he says.