BACK FROM THE BRINK

The revival of interest in equity derivatives reflects a broader return of risk appetite among corporations and investors. 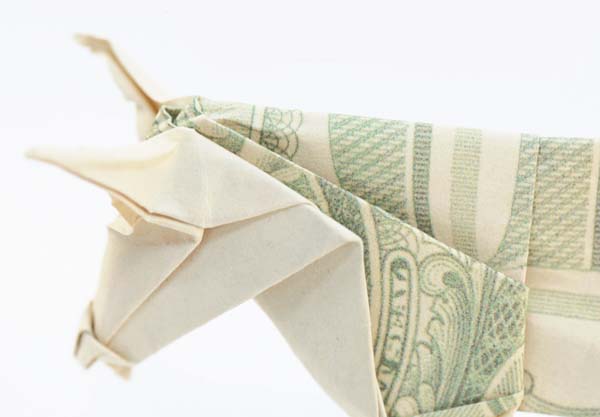 The recovery in sentiment in most markets during 2009 was dramatic, and equity derivatives were no exception. From the depths of despair at the beginning of the year, when hedge funds and market-making banks were exiting the market, to increasingly bullish strategies and intensified competition among banks, never before has 12 months brought such a roller coaster ride.

“Volumes are still some way off the levels recorded before the crisis, but the change in risk appetite—both among brokers and clients—is material,” says Pamela Finelli, derivatives strategist at Deutsche Bank in London. Serge Handjian, director at RSR Capital, a Singapore-based Asian equity derivatives trading operation, says that there has also been a substantial—though not complete—reversion toward stability and a strong decrease in risk premiums.

Instead, the sharp change in risk appetite and liquidity has been reflective of a broader “working out” of the problems that had undermined the market in the months after the collapse of Lehman Brothers in September 2008. “The bad risks on banks’ books have been either closed or transferred,” says Handjian. In addition, hedge fund outflows began to slow in April—with the majority of redemptions funded before the recovery in March 2009—and by September flows were positive. “The banks emerged cleaner, and hedge funds had greater cash liquidity at the same time as stability returned to the market,” says Handjian.

The change in the market is also attributable to more fundamental factors, according to Vincent Cassot, head of equity derivatives strategy at Société Générale in Paris. “Volatility is clearly a long-term trend linked to the business cycle,” he says. Typically, volatility goes down at the beginning of the cycle and up at the end. “Even if the second half of 2010 disappoints in terms of growth, the fact remains that we are at the beginning of the cycle, and therefore volatility should continue to fall,” he says. Société Générale expects the Euro Stoxx 50 volatility to average around 20% in 2010—its long-term average—compared to a high of around 50% at the peak of the crisis.

A New Market
Even a year ago, one of the most likely implications of the financial crisis on the equity derivatives market appeared to be written in stone. “There has been a decisive move in options from over-the-counter to listed products,” notes Finelli at Deutsche Bank. Before the crisis, around 30% of options volumes in Europe were on listed exchanges, with around 70% over-the-counter (OTC). “Now those percentages have been flipped,” she says.

The shift to exchanges is likely to be permanent. “Even with the pick-up in single stock option volume [which collapsed during the crisis as investors sought the greater liquidity of index products and the ability to broadly hedge portfolios], the focus is on liquid strikes and short-dated maturities in the listed market,” says Finelli. Growing regulatory pressure is also likely to ensure that equity derivatives volume increasingly migrates to exchanges.

The change is not clearly reflected in trading volume statistics, given the lag in publication, although recent figures from exchanges certainly show a strong pick-up in business. The International Swaps and Derivatives Association (ISDA) mid-year 2009 market survey of OTC derivatives showed notional amount outstanding of equity derivatives, which consist of equity swaps, options and forwards, remaining relatively flat at $8.8 trillion. This compares with a 25% decrease from $11.8 trillion during the second half of 2008.

In June 2009 on Eurex—by some measures the largest derivatives exchange in the world—71.1 million equity index derivatives contracts were traded, an increase of 26% compared with May 2009 and a decrease of 17% compared with June 2008. Equity-based derivatives (equity options and single-stock futures) totaled 30.2 million contracts compared to 46.4 million in June 2008. However, by December 2009 there had been a sharp growth in business, with 54.5 million equity index derivatives contracts recorded—although that still represented a decline from the 64 million recorded a year earlier. Equity-based derivatives recorded a rise on the previous year at 29 million contracts compared to 21.2 million in December 2008.

Competition Returns
A year ago, banks acting as market makers were deserting equity derivatives as they faced losses, increasing risk-aversion on the part of their boards and a need to conserve capital. While no banks officially left the market, many wound down operations to the point where clients were driven to take their business elsewhere. One banker estimated that as much as a third of Europe’s market makers had effectively left the market.

Unsurprisingly, that situation has been reversed in the past year. Far from fleeing the market, banks have been jockeying for market share and client relationships. However, one equity derivatives veteran says that the change, for most banks, did not come about as part of a grand strategic plan. “The decision by brokers to become more active was directly driven by client demand as conditions recovered,” says the banker. “Eighteen months ago many banks were uncertain even whether they wanted to be in the market. Then they started getting calls and recognized that an opportunity was arising as risk receded.”

That opportunity has been seized by both existing market leaders and other players that have beefed up operations—the latter category headed by Barclays Capital in Europe and BNP Paribas and Société Générale in the United States—which have taken advantage of the crisis to aggressively expand in equity derivatives.

Despite these challenges, the leading positions in the market are still held by broadly the same banks as before the crisis. According to Greenwich Associates’ 2009 European Equity Derivatives Investors study, published in November, Deutsche Bank and J.P. Morgan rank as the leading dealers of flow equity derivatives in Europe by market penetration. The US study for the same period showed Goldman Sachs as the leading broker of equity derivatives, with Credit Suisse second and J.P. Morgan third.

Although banks may have re-entered the market with gusto, their strategies are necessarily different from those of the past. “Before the crisis, competition was such that there was pressure to provide liquid quotes for anything—even products with liquidity risk,” says Handjian at RSR Capital. Now banks are more selective in their trades and are only just beginning to return to riskier trades. “Some trades such as variance swaps on single stocks—on which many banks made big losses by going short—have disappeared entirely from the market,” he says. “Instead, banks are focused on selling volatility swaps, which carry less risk for them.”

Hedge Funds Prove Their Worth
One remarkable outcome of the financial crisis that few anticipated is that the negative scenarios envisaged for hedge funds never came to fruition. “In reality, hedge funds preserved capital more effectively than long-only funds, despite not delivering absolute returns as mandated,” says Benjamin Bowler, global head of equity derivatives research at BofA Merrill Lynch Global Research in London. Consequently, there remains strong investor interest in hedge funds, and the attractiveness of risk control and flexibility is set to be an important feature of the post-crisis landscape, according to Bowler. “Long-only managers increasingly recognize the demand for greater risk management, and in Europe there is a significant trend towards the convergence of long-only and hedge-fund models,” he says. “The move is essentially a response to the demands of funds’ own investors.”

Deutsche Bank’s Finelli says that there will continue to be growth in equity derivatives’ use among non-traditional players such as asset managers. “Volatility is now back to levels that make [equity derivatives’ use] affordable for hedging,” she says. At the same time, the crisis has produced a clear emerging asset class in dividend futures. “There are now contracts listed for eight European indices, with Eurex launching single-stock futures in January,” says Finelli.

Dividend futures, the greatest volumes for which are in Euro Stoxx 50 index dividend futures on Eurex, allow investors and traders alike to take a view on the gross cumulative cash dividends that are announced and paid by the individual constituents over an annual period; they are an exchange-traded derivative equivalent of an OTC index dividend swap. The index dividend swap market initially emerged from banks’ need to manage their dividend exposure in structured products and the appetite of hedge funds to take on the exposure but has now taken on a life of its own.

“The rise of the dividend swap market is one of the most important developments of the post-crisis period,” says Cassot at Société Générale. “The initial driver of interest in the product—the value on offer—has been reduced, and the market is now fairly priced on [early] maturities. But the switch from being an OTC product to being a listed one is generating interest among investors that were unable to buy OTC products. The future of the market is definitely exchange traded,” he asserts.
In terms of other strategies for 2010, many observers believe volatility is the key. “This is an environment that still offers considerable opportunity, given risk aversion among some participants and skepticism about the pace and sustainability of economic recovery,” says Bowler. “It is still by no means a normal market as far as the price of risk is concerned. That is reflected in elevated medium-term pricing of implied volatility and options versus shorter-term options and realized volatility. There is still a significant demand for hedging further out.”