China and Hong Kong are leading the global recovery in initial public offerings, with the Shanghai Stock Exchange expected to overtake the Hong Kong exchange as the leading global IPO fundraiser in 2010.

The value of IPOs in Shanghai will more than triple this year, reflecting fast growth in China’s economy, according to Ernst & Young. The accounting and consulting firm forecast that China-based companies will raise about $56 billion on the Shanghai exchange in 2010, catapulting the exchange ahead of Hong Kong, where companies are expected to raise a record $48 billion this year.

“With the economy and the capital markets becoming more stable, coupled with a strong IPO pipeline and market liquidity, we forecast 2010 IPO activities in the Chinese mainland will continue to be strong,” says Terence Ho, strategic growth markets leader at Ernst & Young. These China-based companies will continue to be the major driver for IPO listings in Hong Kong, he says. “We will also see more fundraising activities through spin-offs,” he adds.

In recognition of the importance of its Chinese listings, the Hong Kong Stock Exchange plans to allow locally listed China-based companies to use Chinese accounting standards. The growing numbers of international investors seeking to purchase IPOs in Chinese companies must do so through offshore listings, such as in Hong Kong.

Ronald Arculli, chairman of the Hong Kong exchange, says he welcomes the growing competition from Shanghai. “Each market has a unique role to play, offering different strengths,” he says. “China does have the capacity and the need for more than one successful financial center.”

Global IPO activities increased exponentially in the fourth quarter of 2009, when the total of funds raised exceeded the amount for the first three quarters of the year combined, according to Ernst & Young. The China Securities Regulatory Commission last June lifted a ban imposed on IPOs during the financial crisis, unleashing a flood of new issues.

Meanwhile, the Hong Kong exchange is seeking to increase its listings from countries other than China. In December 2009 Rusal, the world’s largest aluminum maker, issued a 1,141-page prospectus for the first Russian share issue ever in Hong Kong. Trading was expected to begin on January 27.

Rusal was banned from selling shares in the IPO to retail investors. The sale was delayed twice due to concerns about the firm’s $14.9 billion in debt, which was recently restructured. The proceeds of the share offering, which were planned to be as much as $2.6 billion, were earmarked to pay down some of the company’s debt.

Rusal, controlled by Russian billionaire Oleg Deripaska, offered a 10.6% stake in the company. Deripaska’s holding will decline to just below 47.6% from 53.4% after the IPO. The offering was originally planned to take place in London but was shifted to a dual listing in Hong Kong and Paris. The company cited tougher London listing regulations and stormy Russian-UK political relations as reasons for the change.

Michael Cherney, who claims to be Deripaska’s former business partner, has filed a claim of 20% ownership in Rusal, in the High Court in London. In December 2009 the Supreme Court of the UK ruled that Deripaska should be denied permission to appeal against the earlier rulings of four judges, who ordered him to face trial on claims he defrauded Cherney of his rightful stake in the company.

China-based automobile franchiser Zhongsheng plans to raise up to $1 billion in a Hong Kong IPO in the current quarter. International Mining Machinery, another Chinabased company, plans to list in Hong Kong this month, pending approval by the exchange. 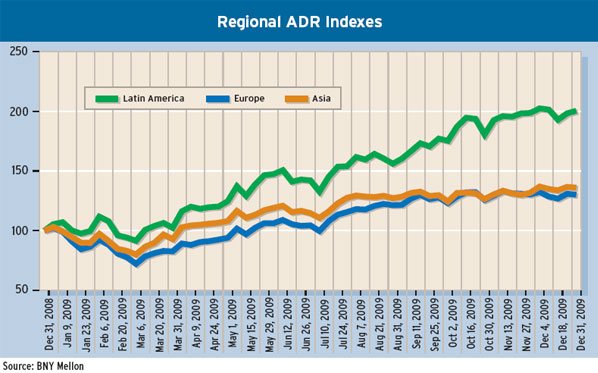