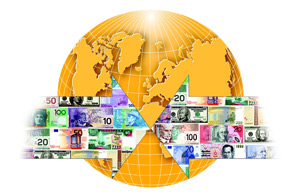 Rather than unloading US dollars in the third quarter, reserve managers grew US dollar holdings, according to the latest IMF report on the Currency Composition of Official Foreign Exchange Reserves (Cofer).

US dollar purchases rose to SDR27.1 billion (SDR being special drawing rights, the official unit of account for the IMF and currently equivalent to about $1.54) in the third quarter of 2010 from SDR19.3 billion in the second quarter. The euro, in contrast, saw the big buying of the first and second quarters reversed in the third quarter, with net sales of SDR11.5 billion.

Jeffrey Young, managing director and head of North American foreign exchange research at Barclays Capital, says that these movements are consistent with longer-term behavior. "Developing countries tend to "lean against the wind," he notes, buying more dollars when it is weak and less when it is strong.

Movements during and after the financial crisis provide insight into which currencies are considered good reserve currencies, says Young. During the worst of the crisis, emerging market countries were unloading US dollars at a high rate—selling off SDR131.5 billion during the fourth quarter of 2008 and first quarter of 2009, according to the Cofer figures. "Paradoxically, the selling of US dollars demonstrates its value as a reserve currency," notes Young. "If nothing else, countries need to be able to use reserves on a rainy day, and the US dollar was the only currency able to fulfill this role."

In the wake of the crisis, developing countries' purchases of US dollars and euros have returned to rates more in line with historic averages. The return to a normal reserve currency purchase pattern shows that the crisis did not have a long-term impact on reserve policy.

Rates to Rise in Emerging Markets
Many emerging market and dollar bloc countries are moving into monetary tightening cycles, according to analysts at Deutsche Bank, and will likely see interest rates rise further by midyear. In developing countries, speedy economic recovery and mounting inflation have triggered monetary tightening, while in dollar bloc countries the same result was triggered by the strong rise in commodities and growth in emerging markets. A number of countries have already begun to raise rates—some as much as 200 basis points—and will continue to do so as the year progresses.

The US and Europe will follow suit later in the year, Deutsche Bank analysts say in a report: "We expect the European Central Bank to begin raising rates after mid-2011 as inflation moves toward the desired level in the euro area," they venture. "Our US economics team has the Fed ending its QE2 [second round of quantitative easing] in mid-2011 and beginning to nudge rates higher by the end of the year, as the labor market improves more sustainably and inflation moves higher."

Dollar Gains on Manufacturing Figures
The Institute for Supply Management (ISM) January 2011 new orders index showed US manufacturers are still performing well, posting the 18th consecutive month of growth. The only areas of contraction seen in the index were in customer inventories and order backlogs. The chairman of the ISM, Norbert Ore, says: "We saw a significant recovery for much of the US manufacturing sector in 2010. The recovery centered on strength in autos, metals, food, machinery, computers and electronics, while those industries tied primarily to housing continue to struggle. Additionally, manufacturers that export have benefited from both global demand and the weaker dollar."

Michael Woolfolk, managing director at BNY Mellon Global Markets, says: "The US manufacturing sector continues to show clear and consistent signs of growth and expansion, with steady expansion in employment. With the rally in equities showing no signs of letting up, January seasonals should boost both stock market valuations and investor confidence. As risk appetite continues to improve, US dollar selling is likely to resume." 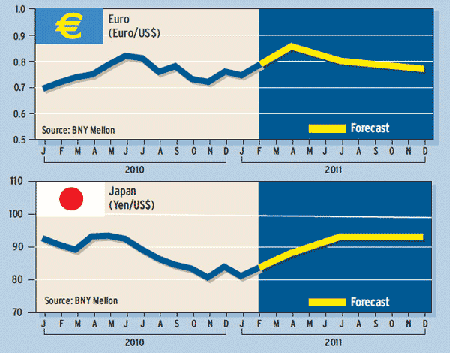 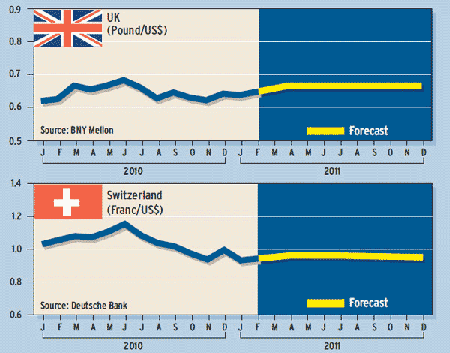 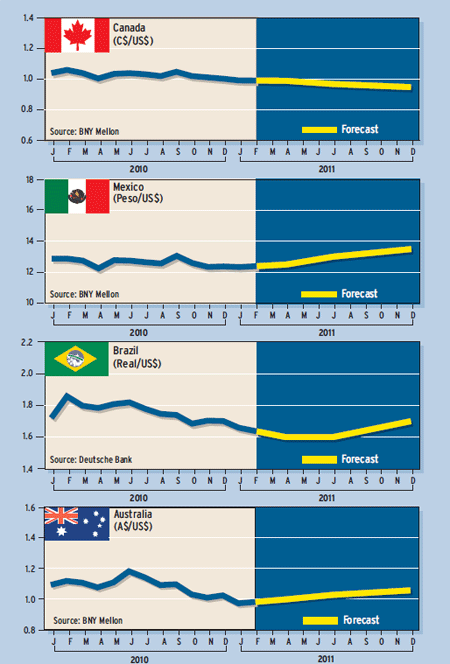 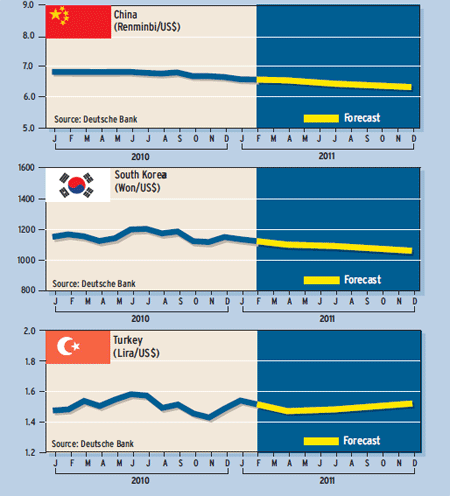