Corporate users of equity derivatives continue to seek out simple, transparent products. Until regulatory overhaul is complete, this tack is unlikely to change. 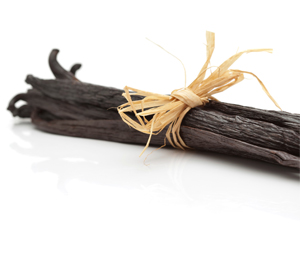 The ripples from the 2008 financial crisis continue to flow, even into equity derivatives. Since Lehman Brothers collapsed, industrial companies as well as corporate centers of financial institutions—which use similar techniques—have increased their focus on risk management to protect their balance sheets against market volatility. Currently flush with cash, many firms are using derivatives to hedge risk.

Vanilla is still the flavor of choice and 'keep it simple,' the overriding theme. Historically, most corporations have eschewed more exotic, custom-made instruments. "Corporations tend to have less-sophisticated treasury departments than institutional investors," explains Peter Vinella, formerly president and CEO at Wilmington Trust Conduit Services. "So banks try to make the products for them as straightforward as possible."

But Olivier Buttier, head of strategic equity transactions at Société Générale, is slightly nostalgic for the "fascinating" days of the early 2000s, when some corporations were trading more-exotic products. Over the past three years, clients have focused on transparent risk mitigation products, he explains: "Everyone wants to know exactly what is in their books and be confident that their hedging adds simple value."

What differentiates providers now, as a result, is size. Bank clients are more concerned with very large notional amounts, which may run up to $1 billion. Buttier notes: "It may be difficult to find a bank willing to accept that size: Only global leaders in equity derivatives have the capacity to underwrite and manage such positions over time." Normal banking procedure is to unwind risk by recycling positions progressively over several months, so providers need substantial books to wait a couple of quarters while unwinding.

Five years ago, when liquidity was more ample, even smaller banks and hedge funds could manage large positions. Once the global financial crisis hit, clients needed to implement huge yet simple hedging strategies, but only a few banks would enter big contracts in such volatile markets. Even today, liquidity in the options market remains scarce for some companies.

Aside from standard puts and calls, companies are also using asset swaps, forward sales, swaptions and infinite or "structured" repos that allow the holder to retain ownership. Because many of these over-the-counter instruments are specifically customized, "it may be hard to describe the exact structure or guess the volume," says Vinella.

Yet some of the basic products remain popular. For instance, even during a dearth of M&A activity, companies use options for quietly obtaining a foothold position in potential takeover targets. Thus, they can fly below the radar and avoid publicly reporting stakes, as only equity stakes above a certain level must be registered with regulators—for example over 5% in the US.

Another strategy sometimes used to raise cash is for companies to write put options on their own stock if they believe it is underpriced. If the stock price falls and options are exercised, firms can buy back shares even more cheaply. But there are not many natural sellers of puts, points out Stephen Figlewski, finance professor at New York University's Stern School of Business. He adds: "Besides, they may need to retain the shares in any case for bonuses."

"The issue of whether to let
corporate end users off the
hook is still pending. Until it’s
settled, they can’t plan ahead"

Since the dotcom era, corporate executives have been using asset swaps to exchange their personal bonus shares—getting the economic value of the equity for the price of a small premium. These are more prevalent than ever, according to Vinella. Nowadays, however, corporations rather than just individuals are similarly engaged, and at better rates. Since the recession, companies have bought back stock, building substantial treasury positions. From their large pools they might exchange some treasury holdings for, say, the equivalent value of US Treasury bonds, paying perhaps LIBOR plus a few basis points.

In other areas, interest in index products has also picked up. Volatility index tracking instruments (VIX) have been embraced widely. Barclays launched the first one in January 2008 as an exchange-traded note, and now over 20 VIX-linked products have been introduced. Maneesh Deshpande, head of global equity derivatives strategy at Barclays Capital, highlights the overall increase in tail risk hedging and the effect of high correlation between asset classes, which currently has "made it more expensive to hedge at portfolio level, and more effective to use a basket of stocks than the index itself."

Regulatory transparency is, of course, the other major driver affecting derivatives' use. As cross- border transactions grow, it is challenging to grasp worldwide ramifications for derivative regulations. Clients are demanding turnkey advisory services to cover legal and accounting implications. Corporations are therefore looking beyond the performance payoffs, says Buttier. "They want to know the regulatory impact from day one."

Meantime, in both Europe and the United States, new rules are advancing for added disclosure, but overall rules are still being worked out. "The issue of whether to let corporate end users off the hook is still pending. Until it's settled, they can't plan ahead," says Figlewski. The outcome of these debates will have a huge effect on how and when companies use derivatives and how they manage risk going forward.