Back Page: Polls And Stat - Checking The Pulse Of Sovereign Risk

Checking The Pulse Of Sovereign Risk

BlackRock’s BSRI risk ranking provides a framework for tracking sovereign credit risk. In the last quarter, perceived risk worsened for Japan and South Africa, improved for China, Australia and New Zealand and remained the same for the US, according to the BSRI. 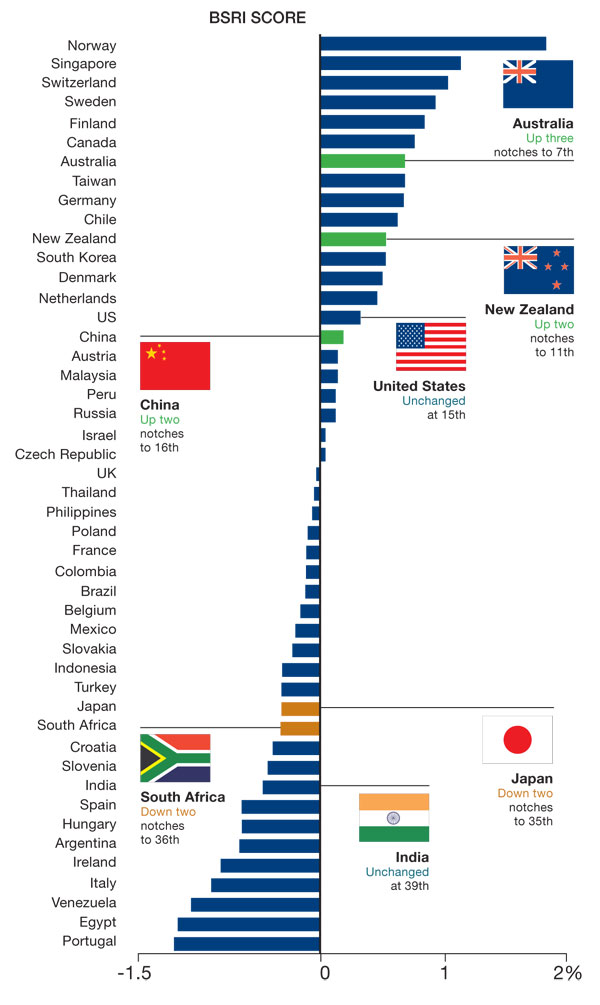 Note: Ranking changes based on movement from October 8 to December 31, 2012.

From GF Mag.com: Our Digital Readers Have Their Say