Corporate Cards And The Supply Chain

A HOUSE OF CARDS 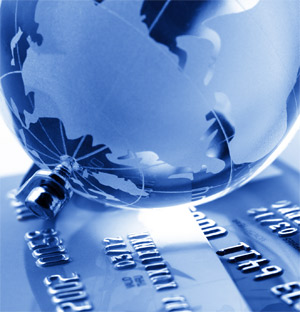 As companies’ supply chains become increasingly multinational, a small but growing number of firms are using purchasing or commercial cards to pay for supplies, even with vendors located outside the countries in which they are operating.

In late 2012, Woodward, a Colorado-based provider of aerospace and energy control systems, rolled out a card program in two European locations, notes Richard Landerholm, purchasing coordinator supervisor. The cards cover indirect goods and services and travel and entertainment, although Landerholm expects most of the use to focus on T&E, at least initially. “Using a corporate card for payment for indirect goods and services is still slow, although it’s gaining momentum,” he says.

Woodward’s move follows a consolidation of the company’s purchasing card (p-card) and T&E programs in the US into one. This is a a growing trend among multinational corporations seeking to reduce complexity and increase transparency into spend. For Landerholm at Woodward, the decision to blend card programs was all about the math. “We recognized that having two card programs wasn’t beneficial.” In many cases it created more work. For instance, when employees with purchasing cards but not T&E cards needed to travel, an employee from Landerholm’s team would initiate a direct bill with the airline—a rather cumbersome process. On the T&E side, things were also less than ideal. Before paying their card balances, many employees would submit expense reports and receive reimbursement. The time required for these steps to occur hindered the company’s ability to get rebates, Landerholm says.

Now the programs are combined, and the recordkeeping is automated. All expenses run through an expense management solution that provides visibility into spending on both the travel and purchasing side. Last year approximately $27 million across 113,000 purchases went through the program. “It’s very streamlined,” Landerholm says. “We’re very happy.”

Although the company’s programs outside the US are just a few months old, Woodward is already seeing benefits, the most significant of which has been in reporting, Landerholm says. He is now able to pull all the reports from Woodward’s expense management system; previously, the reports were completed manually. Landerholm and his colleagues plan to roll out to several more locations worldwide in 2013.

Like Woodward, many companies are gradually expanding their card programs to multiple countries around the world, and increasing their use of cards for payments. In a 2012 Purchasing Card Benchmark Survey conducted by academics at Southeast Missouri State University and Washington University in St. Louis, 45% of respondents said their North American operations had used p-cards to buy from vendors located outside the region.

“Today 75% of all requests for new card programs—from small businesses to middle-market companies to large multinationals—we have coming in are global in nature,” says Kevin Phalen, head of global card and comprehensive payables with Bank of America Merrill Lynch. Even a few years ago, just the very largest multinationals requested global programs, he adds. Two factors are driving interest, Phalen says. One is simply the growth in many companies’ global operations. The other is a desire to boost efficiency.

Companies are also doing away with programs focused on different types of purchases. Mitchell points out that the card classifications themselves—say, the distinctions between purchases that wind up on a T&E card versus those that land on a p-card—have grown out of the industry, not customer demand.

Many companies aspire to global payment policies but don’t have a global finance function, notes Edward Glassman, group executive, global commercial products with MasterCard Worldwide. For instance, they may lack a global ERP. So a card program that allows a company to capture many payments can be a starting point toward global payments management.

Steve Abrams, founder and CEO of consultancy The Abrams Group, points to another shift in the market: Greater use of “virtual cards,” in which no physical card exists. Instead, just the account number is used. Moreover, the number can be tied to a specific supplier, or available only for a set period of time, thereby tightening control. “It can be programmed how you want, based on the relationship with the supplier,” he adds.

Several obstacles still challenge card usage growth. One is the typically lower rate of acceptance of cards in some parts of the world. While card payments are common in the US, that isn’t the case elsewhere, especially when it comes to B2B purchases, says Patricia McGinnis, director of the commercial and enterprise payments group with Mercator Advisory Group. “It isn’t the default condition.”

Landerholm notes that although Woodward’s program in Europe is open to indirect expenses, the volume remains small: “It’s a behavior change.” Many Europeans are used to transacting via electronic data interchange (EDI), which is both reliable and efficient, and see little benefit in switching to cards.

Moreover, the amount of control the supplier, rather than the buyer, has in the relationship tends to be different than it is with retail transactions. The payment mechanism often is one of a number of factors, including price and delivery time and method, that are negotiated, McGinnis says. “One of the big surprises to a lot of companies is that they get a card but discover they can’t force suppliers to accept it. Or if they do, they’ll renegotiate terms,” she adds.

At Woodward approximately 60% of indirect expenses are handled via the card program in the US, Landerholm says. In Europe just a tiny percentage are. However, that may be slowly changing. While noting that his observations are anecdotal, Landerholm says it appears that as the volatility of the European economy has increased, a few companies are more interested in the speed with which they can get paid via a card.

Another stumbling block to global programs is the international footprint of providers. Woodward, for instance, placed a premium on working with one bank that would be able to cover all its locations in Europe. “We wanted single management,” Landerholm says. Although many card issuers can assemble multi-country programs by partnering with financial institutions in other parts of the globe, that introduces complexity. “You’re now negotiating pricing and terms with multiple providers, and transaction data may be delivered to card customers in different, inconsistent systems,” McGinnis adds.

Although card programs are likely to grow around the world, it won’t be a sudden shift. McGinnis notes: “The spread of commercial cards, and their use in supply chains outside the US, will be gradual, both because the card culture is alien in some cultures and because [buyers] have to approach suppliers individually, explain the economics and get agreement.” 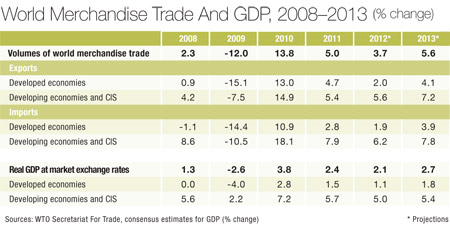