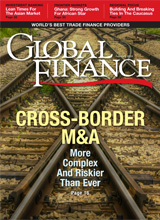 There is little enthusiasm these days when it comes to economic forecasting. And yet,when we compare the current climate with that of just a year ago, it is clear that uncertainty has diminished. This greater clarity is the result of European Central Bank actions under Mario Draghi, the preliminary agreement in the US to avert the fiscal cliff, signs of recovery in the US housing sector, the improving prospects of Japan after the recent presidential win of Shinzo Abe, and the stimulative action of central banks worldwide. Finally, a year ago many feared a hard landing for China, and now, the parachutes seem to have opened.

However, most of the structural problems of advanced economies have not been solved; rather, the search for a solution has been postponed. Risks, therefore, still exist. The stalemate in the US Congress will be tested again in the coming weeks when the issue of the debt ceiling is discussed and deficit reduction and spending cuts (“sequestration”) again top the agenda. That is why most forecasters predict anemic growth in Europe and North America—and why global growth still relies mostly on the emerging markets. And yet, despite the continued uneven performance of emerging versus developed economies, the consensus is for higher growth this year. Not by accident, economists at Standard Chartered recently presented a global overview titled “Divided, Disconnected, But Growing.” Others, like our guest at the monthly Global Salon in New York (see page 34), Joshua Shapiro of MFR, see little changing—particularly in US Federal Reserve policy and US inflation.

Our cover story this month focuses on the newest hurdles to globalization: political risk and the obstacles to large cross-border mergers. While M&A on a global scale, we believe, will continue across different industries and sectors, increasing political risk is jeopardizing the success of many deals. Plus, some unexpected new risks have emerged for the world’s largest corporations, and the consolidation of certain sectors. But, as ever, it is a matter of whether the rewards justify the risks.