During his annual state-of-the-union address in mid-December, president Vladimir Putin focused on social spending priorities, including raising salaries for teachers, doctors and other professionals. 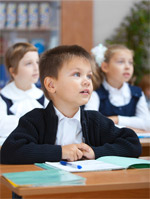 He also underscored the need for social stability and dismissed calls for political reform, suggesting that opposition figures may be in the pay of foreign interests. He set a GDP growth target of 5% to 6% for 2013, compared to a consensus forecast of 2% to 4%.

Average daily oil output rose by 100,000 barrels per day in 2012 to reach a new post-Soviet high of 10.4 million bpd. State-controlled Rosneft, the country’s largest oil producer, was responsible for nearly half of the increase in production. State gas giant Gazprom accounted for most of the rest of the increase.

Russia’s National Settlement Depository was granted a clearing license as a central securities depository, removing a key legal barrier to investment in locally-listed securities for a large number of international investors. The launch of trading of Russian government bonds via Euroclear is expected to drive yields down sharply, as an expanded pool of international investors are able to trade in the market.