Global Finance sat down with with Joshua Shapiro, chief US economist for consultancy MFR, to discuss the US economy, the fiscal “cliff” and structural problems still facing the country. 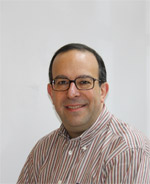 Global Finance: You’ve made some contrarian calls before. What is your forecast for the US economy in 2013?

Joshua Shapiro: We look for about 2% real GDP growth for 2013, which is broadly the same as 2012. People are finally figuring out that there are all sorts of structural issues in the US that could take years to resolve, if not decades. We also see a similar amount of consumer spending as last year and not much more capital spending. We think housing has bottomed, but we don’t see the recent increased demand continuing for much longer. Data on the labor market is mixed. Unemployment insurance data from March to June 2012, for example, was considerably stronger than payroll numbers for the same period. If labor market data comes in way stronger, our forecast is undershooting.

GF: What do you make of the recent fiscal cliff deal?

Shapiro: The recent, partial deal simply picked off the low-hanging fruit. That it was so difficult to reach that agreement is indicative of the huge gap between the two parties about what needs to be done to get our fiscal house in order. The difficult tasks of entitlement reform and raising more revenue lie ahead. There’s only a narrow way out of this fiscal mess, but with our two-year political system, compromise and bipartisanship doesn’t get you reelected.

GF: What else needs to be done?

Shapiro: We need to tackle defense spending. The other developed countries combined don’t come close to spending what we do. However, although that’s a big budget item, the biggest items by far are Medicare and healthcare spending. When you look at what other countries spend as a share of GDP on healthcare, it’s clear we’re getting ripped off. We’re spending all this money for worse outcomes.

GF: Is there a voter mandate to address US fiscal problems?

Shapiro: I don’t sense that politicians will act until the electorate makes them, but the electorate is generally ignorant on fiscal issues. They are more interested in who got Kim Kardashian pregnant than whether we have a viable fiscal structure in this country. We have a cushion of time to act because the dollar is still the world’s reserve currency. It’s a blessing we have time, but also a curse, because our problems keep getting bigger.

GF: To what extent will 2013 bring inflation? What will happen when the Fed starts to unwind its treasury holdings?

Shapiro: They don’t have to unwind to affect the market. There was a hint in the last FOMC minutes that the Fed might stop buying treasuries in 2013, and that moved the bond market already. The Fed is forecasting inflation of 2% or below, but it cannot forecast its way out of a paper bag. It didn’t forecast the housing or tech bubbles, so why do we think their grand quantitative easing experiment is going to end well? Some day this will come to roost, either with inflation or with bond market interest rates shooting up because they have been kept unnaturally low for so long. However, I don’t think there’ll be inflation in 2013.

GF: What should investors be doing, given that scenario?

Shapiro: Investors should protect their portfolios against potential downside. Gold should be an important part of a portfolio, and real estate is not a bad thing. Among financial assets, I’m a fan of high-quality corporate debt and equity. People are already realizing that they will need to save more because they will not get the entitlements they were promised. The younger generation doesn’t realize how much they’ve been sold out by older generations. Two incomes are barely enough to support a household now, so what’s down the road for our kids?