With its extensive presence in the US, Canada and Latin America, Citi is the largest service provider for private-labeled letters of credit and open account transactions. The bank’s global footprint enables it to capitalize on trends in globalization and shifting trade flows.

In Latin America, Citi provides trade services through its network in 23 countries. It is the first bank to offer a full renminbi-denominated trade solution. In March 2012, Citi opened a Latin American trade desk in Shanghai to support increasing trade flows between Asia and Latin America.

Citi has partnerships with more than 60 export credit agencies worldwide, and has long-term relationships with multilateral finance institutions. John Ahearn, managing director and global head of trade at Citi, says: “I think one of the things you will see is growth in export agency finance, particularly in the emerging markets. These countries tend to have lower debt levels and the room to make investments, both from a corporate and sovereign perspective, in areas such as water and power.”

Another trend is a myriad of regulatory changes, Ahearn says. “Basel III is designed to improve the resilience of the banking sector but will have an impact on trade finance—including a potential adverse effect on companies involved in the import-export business, particularly in emerging markets,” he says. “Many financial institutions may have to alter their current risk diversification, operating overarching partnership strategies in order to serve their clients in new trade markets.”

While 2012 began with exceptionally high spreads in trade finance due to stress on European banks, spreads returned to more normal levels in the second half. “Between 80% and 85% of world trade is still financed in dollars,” Ahearn says. “We were able to take market share and launch some innovative products.” 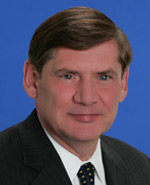 “I think one of the things you will see is growth in export agency finance, particularly in the emerging markets”

Deutsche Bank is a leading provider of trade finance and risk-management services to local and global companies in Europe and worldwide, including many emerging markets. Founded as a trade finance specialist in 1870, it is the largest foreign exchange bank in the world.

Deutsche Bank combines these trade and currency strengths with advanced cash management products and services. The bank’s Autobahn App Market enables clients to receive the services they require in a customized package.

The bank has been closely involved with the development and implementation of the Bank Payment Obligation. It helped draft the BPO rules being released by the International Chamber of Commerce and is one of several banks that are testing the concept with SWIFT and corporates.

Deutsche Bank’s trade finance and cash management services are available throughout its global network, with hubs in Frankfurt, London, New York and Singapore.

In addition to its extensive coverage in Sweden and the Nordic markets, Swedbank considers the Baltic countries—Estonia, Latvia and Lithuania—to be its home markets. It also has branches in the US and China and international subsidiaries in Moscow and Luxembourg.

Carina Gyllenbring, head of trade finance sales at Swedbank, says: “Swedbank has worked consistently to meet our customers’ expectations [and] to provide the best possible trade finance service. We see this award as an incentive to continue the way we have started.”

Swedbank licenses Surecomp’s IMEX platform, designed for banks with high volumes of trade finance activity. It has a very strong balance sheet and is considering ways to return capital to shareholders, either through increased dividends or share repurchases.

Through its trade finance operations, Swedbank seeks to minimize its customers’ risk and improve their cash management. The bank performed well in Global Finance ’s trade finance poll of its corporate readers.

Central & Eastern Europe is a significant growth region for Italy-based UniCredit, which has operations in 19 CEE countries. UniCredit Bank Austria’s umbrella facility enables CEE subsidiaries of Austrian companies to obtain a credit line based on the creditworthiness of their parent company.

Suppliers are able to sell invoices through the bank’s trade purchase program at a discount. This enables buyers to extend their average days payables outstanding, reducing the need for working capital. UniCredit provides a single point of entry for letters of credit and guarantees for the CEE region.

Enrico Verdoscia, head of trade finance CEE at UniCredit, says: “In 2012 we have experienced a significant growth in our business in the CEE, in spite of the worse-than-expected growth in GDP and trade flows. For 2013 and beyond, we will continue to pursue our mission to become a regionwide first bank of choice of our customers, by promptly and efficiently supporting them in developing successful foreign trade strategies.”

UniCredit has been operating a universal bank in Russia since 1989, founded under the name of International Moscow Bank. It is the largest foreign bank in Russia and has 106 branches. UniCredit has a strong position in the Russian corporate finance market, as well as more than 1.1 million retail customers in the country.

Altogether, UniCredit operates in 50 countries and has about 9,400 branches. Its global transaction division employs more than 2,000 professionals in cash management, trade finance, supply chain finance and securities services. UniCredit also uses the services of 4,000 correspondent banks, which can act on its behalf where it doesn’t have a physical presence. 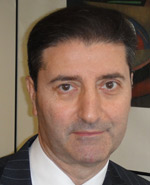 “In 2012 we have experienced a significant growth in our business in the CEE, in spite of the worse-than-expected growth in GDP and trade flows”

HSBC conducts more than $500 billion a year of bank-financed trade globally. The bank’s trade and supply chain division has a regional network of specialists in 20 countries in Asia. HSBC is the leading trade bank in Hong Kong, as measured by SWIFT trade-related messages, as well as Global Finance ’s poll of its corporate readers, in which HSBC obtained one of the highest ratings of any bank in any category. HSBC also has the largest geographical coverage among foreign banks in China, and a major presence in India.

World trade is set to rebound over the next decade, HSBC says in its latest trade forecast. Emerging trade nations such as Vietnam, Indonesia, Egypt, Turkey, Mexico and Poland are joining the Asian trade giants of China and India, the bank says. Mexico’s bilateral trade agreement with India is evidence of new trade corridors between emerging markets. HSBC forecasts that India will become China’s fastest-growing import and export partner in the period through 2020.

US export growth to China in the next two years is forecast at 10.4%, while the UK’s exports to China will grow 9.9% in the same period, the bank says. James Emmett, HSBC’s global head of trade and receivables finance, says: “The fact that the pace of export growth from the US and UK to China is expected to accelerate reflects the continued—and growing—appetite for the high-value, high-end range of goods made in Britain and the US, from FMCG [fast-moving consumer goods] to specialist products in sectors such as technology and pharmaceuticals.”

According to HSBC, the pattern of global trade will be increasingly influenced by the rapidly growing Asian economies. South-south trade will boom, it adds, as these countries focus their efforts on other emerging economies with rapidly growing populations and an expanding middle class that will demand consumer goods. 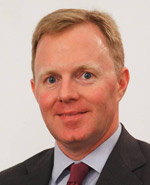 “The fact that the pace of export growth from the US and UK to China is expec-ted to accelerate reflects the continued—and growing—appetite for the high-value, high-end range of goods made in Britain and the US”

Farooq Siddiqi, regional head of transaction banking, Middle East, North Africa and Pakistan, at Standard Chartered, says: “With a solid footprint across the world’s most dynamic markets of Asia, Africa and the Middle East, a strong Islamic trade franchise and leadership in innovation, we have succeeded in executing unprecedented bespoke financing transactions for our clients in the region. In addition, with the increasing trade activities between the Middle East and China, we have successfully leveraged our footprint to provide our clients with leading renminbi trade settlement solutions.”

In the Middle East, Standard Chartered has partnered with large local corporations in the automotive, construction and wholesale industries, and structured highly complex deals in Iraq and Egypt.

In the past year the bank introduced structured warehouse finance throughout the Middle East region, including an Islamic version. It offers the largest suite of Islamic products of any foreign bank. Standard Chartered also has developed a vendor prepay program that integrates with its clients’ accounts payable systems to help their suppliers gain access to financing. 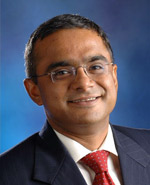 South Africa’s Standard Bank has a presence in 18 nations in Africa and is prepared to extend its reach throughout the continent as the regulatory framework evolves. The bank’s plain vanilla trade finance revenue in Africa increased by about 50% last year.

Through its relationship with Industrial and Commercial Bank of China, its largest shareholder, Standard Bank facilitates growing trade flows between Africa and China, and between Africa and other emerging markets. Its particular strengths are in commodities, telecommunications, food and resources, manufactured goods and capital goods imports into Africa.

Jerry Pearce, global head of transactional products and services at Standard Bank, says: “As we continue to operate in a difficult economic and regulatory environment, our ability to deliver the right trade solutions at a fair price and to the required level of service execution is critical. We continue to invest heavily in our trade capabilities.”

Standard Bank has experienced strong growth in loans and deposits. Its strongest revenue growth has come from its transactional banking businesses. Across Africa, Standard Bank is a leading bank in cross-border transactional flows.

Also trading as Stanbic Bank, Standard Bank is Africa’s biggest bank by assets and operates in 12 countries outside of Africa. Its UK business, based in London, is a gateway to Africa for clients in Europe. Standard Bank’s trade-related offerings are integrated with other units of the bank, including commodity and currency hedging, structured finance and offshore guarantees. 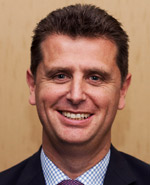 “As we continue to operate in a difficult economic and regulatory environment, our ability to deliver the right trade solutions at a fair price and to the required level of service execution is critical”