Al Rajhi tops the rankings of Safest Islamic Banks in the GCC. 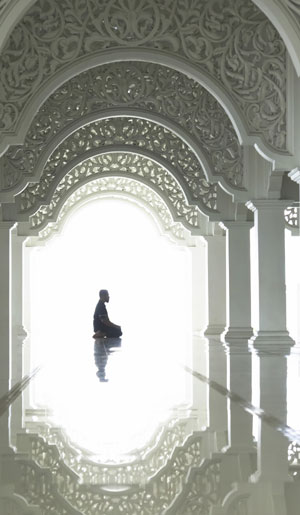 The use of Islamic finance arouses strong emotions. For its supporters, it offers an ethical way of conducting financial transactions that is far removed from the excesses and scandals that have plagued conventional banking in recent years. To its detractors, Islamic finance is no more than smoke and mirrors—a convoluted distortion of existing practice dressed up to appear consistent with Islamic religious principles.

What is undeniable is that Islamic finance in all its forms—banking, insurance, capital markets and asset management—has been growing rapidly and consistently, and that it now occupies a significant place not only in Muslim economies but also in some of the world’s largest and most advanced financial markets.

Shariah-compliant assets held by banks grew by an average of almost 18% a year from 2009-2013, reaching $1.7 trillion by mid-December, 2013, according to Ernst & Young’s latest World Islamic Banking Competitiveness Report. Ernst & Young is predicting that annual growth will average 17% in the years to 2018.

Banks in the GCC account for nearly one-third of all Islamic banking assets worldwide and, alongside Malaysian banks, they are leading the way in terms of growth and product innovation.

Eighty percent of commercial banks that have been licensed in the GCC during the past 10 years have been Islamic, and nearly all banks now offer Islamic products. The Islamic finance industry focuses heavily on growth and the capture of market share, but for conventional banks the question of Islamic banks’ safety and credit-worthiness is assuming ever-greater importance. As conventional banks increase their exposure to Islamic banks, they need to know which Islamic banks will be the safest counterparties and which currently hold the highest credit ratings.

It is in this context that Global Finance is publishing a ranking of the Safest Islamic Banks in the GCC. The rankings have been compiled using the same methodology that GF uses to compile the annual rankings of the World’s Safest Banks and the World’s Safest Emerging Markets Banks. Heading the list is Saudi Arabia’s Al Rajhi Bank, with 18 points, the result of A+ ratings from all three major credit-rating agencies, Fitch, Moody’s and Standard & Poor’s (S&P). Ranked second is the UAE’s Al Hilal Bank, with A+ ratings from Fitch and an A1 from Moody’s (but, unlike Al Rajhi, no rating from S&P). In third place is Kuwait Finance House (KFH), one of the first Islamic banks to be established in the Middle East, with two A+ ratings and an A-.

Consistent with the methodology used to compile GF’s rankings of the World’s Safest Banks and the Safest Emerging Market Banks, GCC Islamic banks must hold ratings from at least two of the three major international credit-rating agencies to be eligible for inclusion in the rankings. Eligible banks are then scored on the basis of ratings assigned, with a AAA rating attracting ten points, a AA+ rating attracting nine points, and so on down to BBB-, for which one point is awarded. Banks with ratings from only two agencies receive an “implied” score for the third rating, calculated as the average of the two actual ratings, minus one point. Banks with the same scores are ranked by asset size, with larger banks being ranked ahead of smaller banks.

GF’s ranking of Safest Islamic Banks in the GCC includes banks that offer only Islamic products. Those that offer a mixture of conventional and Islamic products are not eligible for inclusion. The vast majority of conventional GCC banks now offer Islamic products, and we decided that it would be inappropriate to set an arbitrary percentage of Islamic business above which such banks would be considered “Islamic” and below which they would be considered “conventional.” (Such a percentage would in any case be impossible to determine from public sources or to verify if based on nonpublic information.)

There are currently 25 Islamic banks in the GCC, representing about one-third of all active commercial banks in the six states. Nine of these 25 have ratings from at least two of the three rating agencies. A further five have ratings from only one of the three agencies, and 11 are not rated. We have listed for reference the five banks with only one rating, and the eleven unrated banks. Of the nine banks with at least two ratings, four are based in the United Arab Emirates (UAE), two in Saudi Arabia, two in Qatar and one in Kuwait.

Oman is the only GCC state in which no Islamic bank has a rating from any of the three agencies. It was not until December 2012 that the Central Bank of Oman issued regulations for the licensing and supervision of Islamic banks. The sultanate now has two Islamic banks, Bank Nizwa and Alizz Islamic Bank.

Fitch and Moody’s have the greatest ratings coverage. Fitch rates 11 of the 25 GCC Islamic banks, and Moody’s rates 10. S&P rates four. Cyprus-based Capital Intelligence, which pioneered ratings coverage and research of Middle Eastern banks before the big three agencies began to take an interest in the region, rates seven of the 25.

Although the largest Islamic banks in the GCC rank among the biggest in the region, many are small. Only the largest eight had asset sizes over $10 billion at the end of 2012. Nonetheless, assets of a few billion dollars are sufficient to enable a bank to be a medium-size player in the smaller GCC economies of Bahrain and Oman.

Source for asset size data: Bank Reports, except * for which the source is Fitch Solutions.

Source for asset size data: Bank Reports, except * for which the source is Fitch Solutions.