Trade credit insurance is making it easier for companies to interact with their suppliers around the world, and usage is soaring as global corporations recognize the risk-mitigating benefits.

For L’Oreal USA, one of the unexpected upshots of using trade credit insurance for the past half-dozen years has been easier conversations with any customers lagging behind with their payments. The clear guidelines and monetary limits set down by its insurer regarding accounts receivables makes it simpler for L’Oreal financial and credit managers to nudge the corporate buyers of its cosmetics, hair color and perfumes into timely payments, according to Roy Rabinowitz, senior vice president, tax, at L’Oreal USA in New Jersey. “For the difficult credits, we’re not in the position where we’re begging for money,” notes Rabinowitz. 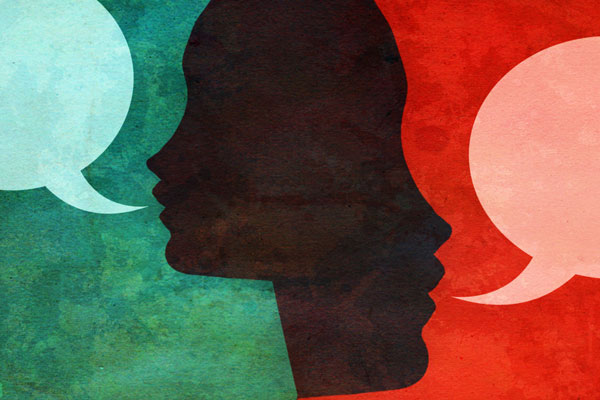 The other favorable outcome is more-rigorous credit reporting, which permeates all the company’s finance and credit groups. Managers in corporate finance can ask the various division heads the hard questions about incoming payments and outgoing shipments—the questions its insurer wants answered—to gauge the condition of the company’s accounts receivables.

“It takes the politics away from the process,” says Rabinowitz, referring to the pointed questions on payments his department asks of the various divisions’ finance managers—from the consumer goods division that ships L’Oreal eyeliner to drugstores to the professional products divisions that sends hair-coloring potions to salons.

L’Oreal is not alone is seeing the benefits of trade credit insurance. Fabrice Morel, deputy secretary general of the Berne Union in London, says there has been greater use of trade credit insurance among exporters around the world, including companies exporting to and from Asia. Nearly 80 member companies from the export credit and investment insurance industry make up the organization, which was founded in 1934 by private and state export-credit insurers in Europe. Its name stems from the location of its first meeting in Berne, Switzerland.

Favorable market conditions, including the entry of new players and products, abundant capacity and attractive prices, has led to consistent growth of the business, says Morel, adding that in 2012 its members insured $1.8 trillion of exports and foreign direct investment—more than 10% of international trade.

But even as a greater number of US companies are now signing contracts for the trade credit cover, they still remain far behind their European counterparts, says Todd Belden, president of insurance broker Hylant Cincinnati. He says only about 7% to 8% of US companies have retained this insurance product, while the use among European companies reaches about 70%.

Michael Kornblau, US trade-credit practice leader at insurance broker Marsh, says global trade-credit insurance premiums tallied $9 billion in 2012. Premiums in Asia surged by 13% to reach $1 billion; insurers in the United States saw premium growth jump by 7% to hit $700 million. But Europe retained the major share of policyholders at $6 billion, even with just a 3% hike in premiums in 2012. Other parts of the world made up the remaining $1.6 billion in premiums. Figures for 2013 were not available.

European companies have been the traditional buyers of this product since World War II, when their governments set up credit organizations to foster international trade. Their descendants are the three giant monoline trade-credit companies —Euler Hermes, based in Paris and majority owned by Allianz France; Atradius, a mix of international trade-credit insurers from around the world, with headquarters in the Netherlands; and France-based Coface Group.

Kerstin Braun, executive vice president of Coface North America, says the global market for trade credit insurance has steadily improved over the past year as an economic uptick has increased corporates’ access to bank loans and let them focus on their growth. “Financial officers and credit managers are likely to get the coverages they need at affordable prices, especially now, with both monoline and multiline insurers going after this business,” says Braun.

For example, Coface last year introduced a supplemental coverage option called TopLiner. This option lets policyholders add short-term, non-cancelable cover in cases of increased risk, says Braun. It lets the corporate buyer of insurance decide whether the risk needs the extra cover, which she called a blend of traditional and non-cancelable protection.

The entrance of new players offering recently developed non-cancelable coverage, coupled with the monoline insurers’ expanded array of products, has generated activity. Some of the newest entrants include Equinox Global, a Lloyd’s of London coverholder; Markel; Latin American Underwriters; Credit Suisse; Ironshore; and XL. Ample capacity and steady premium prices are also contributing to the market’s growth, Kornblau adds. He says actual premium prices and limits vary widely, according to the many variables of each policyholder’s needs.

The traditional cancelable coverage gave the insurance company the option to pull back on coverage for an insured’s new shipments to a buyer deemed too risky, though claims would be paid on existing shipments.

The so-called non-cancelable contracts are typically written for a year. In reality, Moral says, these policies are essentially the same as the cancelable contracts, but they are written with provisions that let the insurer cancel the coverage for the buyers of an insured that becomes nonpaying. The difference is that a time limit would be included before the cancellation would take effect.

Kornblau estimates that cancelable coverage makes up about 80% of the premiums written in the overall market worldwide and around 70% of premiums in the United States.

The sophisticated credit monitoring services long offered by the larger insurers writing cancelable coverage has enticed new corporate customers frightened by the fiscal crisis that left so many of their suppliers unable to pay their bills. For smaller companies with less than $100 million in sales, these credit services are indispensable, adds Belden.

“It [trade-credit risk insurance] can be a risk mitigation tool as well as a credit monitoring service,” says Belden, whose firm is part of Hylant, a privately held insurance brokerage headquartered in Toledo, Ohio. “If you don’t have a robust credit department, you can be caught off guard.” The greater use of suppliers by manufacturers in all industries makes it even more important for a company to gauge the fiscal stability and credit-worthiness of its buyers, he added.

Kornblau says the retail industry—a sector known for wide shifts in sales—remains one of the largest users of this type of cover. Other significant buyers are companies selling to the chemicals, metals and mining industries—volatile industries with wide shifts in prices and supply.