The referendum that could make Scotland an independent nation is fast approaching, and authorities in London are preparing for the eventuality that it might pass. The UK Treasury announced in January that “in all circumstances” it will continue to guarantee all of the debt it issues until that moment, including whatever amount would transfer over to Edinburgh in the case of Scottish independence.

“This is a clever move to hold off what could have been growing uncertainty for international investors who hold or might consider holding gilts [UK government bonds] in their portfolios,” says David Owen, managing director and chief European financial economist at investment bank Jefferies & Company. 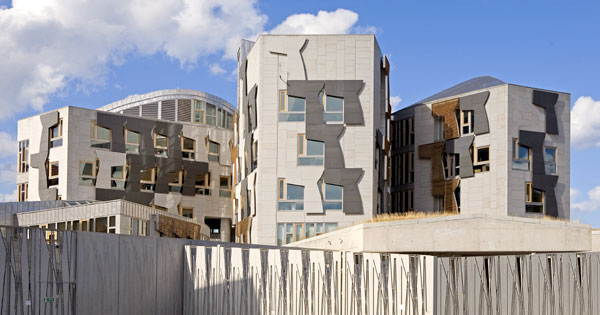 Scottish Parliament: Independence could cause problems for debtholders

The UK government hopes to avoid an increase in its borrowing costs that could be prompted by fears that a newly independent Scotland with no credit rating might be unable to service its portion of existing debt obligations. If separation occurs, Edinburgh would still be expected to pay its “fair share” of historical debt by reimbursing the UK Treasury.

Some experts think London’s approach weakens its bargaining position and leaves taxpayers in the rest of the United Kingdom on the hook for Scotland. “For example, if an independent Scottish government had an unmanageable debt in 2025 and it was generally felt that they got a bad deal when the UK debt was split, the political pressure to default would be enormous,” says Philip Booth, professor of insurance and risk management at Cass Business School, City University London. “The risk of moral hazard is not insignificant here.”

Other experts, however, view the UK Treasury’s decision as a sign of self-assurance. “This decision reinforces the message from the UK government that Scotland will find it difficult to survive alone,” says Ryan Bourne, head of economic research at the Centre for Policy Studies in London, “and also shows its confidence that Scotland will vote against independence.” For the time being, polls seem to agree with Bourne, with only about a third of Scottish voters supporting the referendum scheduled for September.