Equity derivatives are no longer the preserve of hedge funds. Institutional investors and corporates are increasingly using them to offset risk and manage share buybacks.

Equity derivatives markets emerged from their post-financial-crisis doldrums and saw business volumes grow rapidly last year. The growth in volumes is partly owing to the upturn in underlying stock markets across the developed economies and the fading attractions of US Treasuries and other safe-haven assets as the tapering of quantitative easing approaches. But it also stems from corporations’ need to hedge investment risk, and it often comes down to the ability of derivatives providers to generate new products based upon technological innovations and more sophisticated trading platforms. 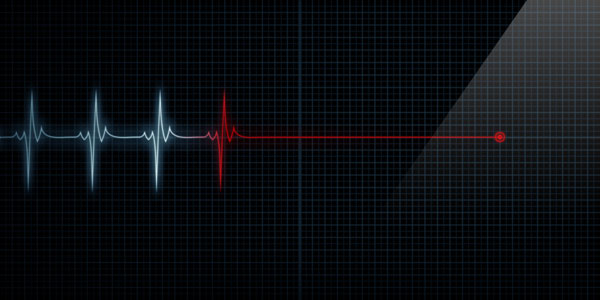 Asia was the star performer of 2013. Total volumes of equity derivatives originating there surged by some 30% over the past year. “Japan has been the number-one focus for many investors,” says Alastair Beattie, head of European flow–exotic sales and UK flow sales at Société Générale, a dominant player in Japanese equity derivatives. “They prefer using derivatives,” he says, “in order to maximize their exposure to the upside of Abenomics, and call spreads have been especially attractive as upside volatility skew is flat.”

Beattie further points to a rapid upturn in cross-border investment—not just into Japan, where the “first wave” was mainly foreign investors, but also into Europe where returning US investors have focused on once-lowly-rated financials and stocks in peripheral countries. Investors in these markets, says Beattie, are happy to gain exposure through options, thereby limiting their downside risk. The advantages of derivatives—lower transaction costs, liquid markets and the fact that they remain the most effective method of hedging investment risk—combined with sparkling performances from underlying equities in most developed markets, have drawn in conservative investors alongside major market participants like macro hedge funds. “Volatility overall is low,” observes Beattie, “which makes it [equity derivatives] attractive for institutions, including pension funds and insurance companies, to invest through options.”

A NEW CLASS OF INVESTOR

“From controlling risk exposure to offsetting transaction costs and fees,” says Adam Cohen, managing director and head of institutional clearing sales, Americas, at brokerage Newedge, “derivatives have a vital role to play for institutional investors. In fact, more than 27% of US mutual funds, 63% of Italian and 53% of French mutual funds use derivatives today. What we are hearing from clients is that those who employ derivatives such as futures across their funds can equitize new cash inflows and provide flexibility and risk control to cash equity portfolios.”

Likewise, derivatives allow smaller firms to diversify investments. “Without derivatives,” says Cohen, “it would be operationally impossible for many to invest in a diverse array of asset classes. Overall, derivatives help reduce cash flow risk, total risk and systematic risk.”

Cash-rich corporates, which have been unwilling at this stage in the economic recovery to commit to expansion—either through organic growth or acquisitions—are taking a much more active approach to treasury functions.

Here again, derivatives play a pivotal role in risk management. And while, as Beattie notes, there has been an overall move since the financial crisis away from complex or “exotic” derivatives toward plain-vanilla products such as put and call options, some investors are now returning to asset swaps, forward sales and structured repos to mitigate risk or raise financings.

Faced with a perceived lack of investment opportunities, companies are increasingly turning to buying back their own shares. And here, as Simeon Rudin, head of structured and asset finance at UK law firm Freshfields Bruckhaus Deringer, explains, derivatives can play a vital role. “Rather than purchasing the shares at the price on a single day (same-day basis), derivatives can be used to smooth the price over a period, taking the average daily price over a period of weeks or months. It’s a means of managing share buybacks in a more efficient way,” he says, “and we have been seeing quite a lot of this.”

Likewise, derivatives are used in the financing of strategic stakes, especially in Russia, the Middle East and, increasingly, Asia. Besides straightforward loan or repo financings, says Rudin, “collar financings”—where collars are used to hedge downside risk while sacrificing some of the potential upside with financing of the equities in the derivative—are coming back. And in Asia, where many businesses are listed on stock exchanges but controlled by family shareholders (or a few associates), derivatives can be used to leverage the value of those controlling stakes so as to expand elsewhere or access funds at lower cost than unsecured debt, Rudin explains.

The rise in M&A activity is also boosting corporate use of equity derivatives. “We are seeing an increase in acquisition-related [derivatives] transactions,” says Rudin, “in which derivatives are used to build synthetic stakes in target companies [without having to declare them].”

He is also seeing more bespoke structured financings using complex or exotic derivatives. “Often in large financings covering multiple jurisdictions there is a preference for the provider of collateral to give the collateral by way of security, as opposed to outright transfer.”

A host of new regulations governing the use of derivatives and market participants—the G20 proposals, the Volcker Rule and Dodd-Frank in the Unites States, European Market Infrastructure Regulation in Europe—not to mention Basel III capital requirements—will have a profound impact on derivatives providers and their clients.

Beattie points out that banks play a key role in providing liquidity to derivatives markets. Should new regulations place too many stresses on banks to carry that risk, it would be detrimental, says Beattie. For the time being, however, banks are still able to facilitate large trades for their clients.

The new rules are being introduced at different times in different jurisdictions, opening the way for “regulatory arbitrage,” which might, for instance, give European banks a temporary competitive advantage over US banks until comparable legislation is fully implemented. Moreover, regulations requiring compliance from counterparties in different jurisdictions have given rise to arguments over “extraterritoriality” and, indeed, their very legality.

One possible outcome is the fragmentation of derivatives markets along national lines, thereby reducing liquidity. Similarly, moves toward achieving greater transparency in derivatives markets by forcing more bilateral over-the-counter transactions to be routed through central clearing houses (or to recreate an “on exchange” level of transparency for bilateral OTC platforms) is likely to demand greater capital and generate higher administration costs. Requirements for transaction reporting, in particular timely confirmations, also call for greater automation. For the larger market participants who can “scale up,” these new challenges could turn out to be opportunities.

Then there is the financial transactions tax, proposed by 11 eurozone states, including France, Germany, Italy and Spain, intended primarily to clamp down on high-frequency trading. “This could seriously impact equity derivatives,” says Rudin, “increasing costs for investors as banks and other providers increase bid-offer spreads to fund the cost of the tax. It would be naive to assume that the end user will not foot much of the bill.” Rudin notes that the capital costs of derivatives have already increased as a result of these charges. “In future, structuring transactions in a loans or repo format rather than a derivatives format—or bifurcating them into their component parts to optimize capital cost—might well feature in the United States and Europe,” says Rudin.