Among frontier markets in sub-Saharan Africa, Zambia stands out for its stable economy and its long record of strong growth. These factors have helped attract financial investors to this copper-rich, landlocked nation of 14 million people—and they have been well rewarded: The local stock market was the fourth-fastest growing in the world last year, rising by more than 37% in local currency and almost 30% in dollar terms.

The stock market’s remarkable rise may well help Zambia’s president Michael Sata in his campaign to improve the country’s appeal to foreign investors. Mindful of the fact that the economy depends heavily on copper—some 70% of Zambia’s export earnings come from copper—Sata is attempting to diversify away from mining, and companies looking at setting up there can benefit from a range of incentives, including tax holidays and duty waivers. The state-backed support for investment is underpinned by domestic demand for products, which has surged in recent years as the country’s GDP per capita has grown. 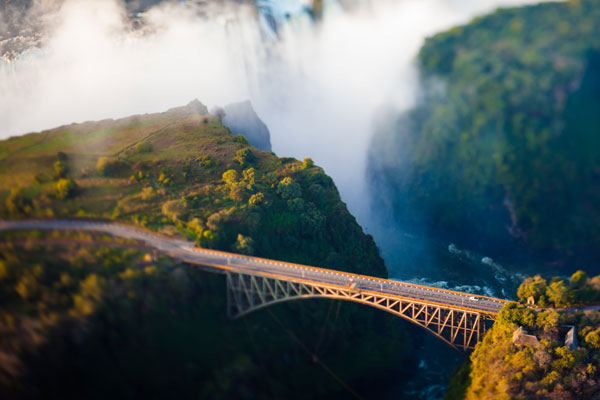 As well as building the economy, though, Sata is aiming to tackle some of the country’s deep-seated problems with governance. Although he has faced considerable opposition, the country’s business environment is showing some improvement, illustrated by its climb from 90th on the World Bank’s Ease of Doing Business Index in 2012 to 83rd in 2013 and its rise from 88th on Transparency International’s Corruption Perceptions Index to 83rd last year.

Fund managers focused on sub-Saharan Africa applaud Sata’s efforts to improve governance, but they question his consistency. “He has a track record of implementing policies and then retracting them, so it’s difficult to get a read on where things are going,” says one manager who has investments across the region. “Companies can’t build a clear strategy because of that,” he adds.

The unpredictability of the regulatory environment may have also been a contributory factor in Fitch’s decision in October 2013 to downgrade Zambia’s credit rating to B. Standard & Poor’s also revised its outlook for the country to negative, while keeping its rating at B+. Both agencies cited Zambia’s enlarged budget deficit in their explanation for the downgrades.

Andrew Okai, the CEO of Standard Chartered Zambia, however, believes the demotions may end up being positive for Zambia: “The downgrades have given the key players in the economy the chance to talk to the government about the impact of some of the decisions it’s made and the speed of the changes it is implementing,” he explains. In the wake of the downgrades, says Okai, the government is looking more closely at the country’s debt levels and at how the government deficit will be funded. One of the options it is reportedly considering is issuing a $1 billion eurobond, partly in an attempt to offset the government-funding shortfall that contributed to the downgrade.

Noting that the underlying economy is stronger than Fitch’s rating would suggest, Okai says he is seeing strong flows of foreign direct investment, suggesting that companies are increasingly convinced of the prospects for growth that Zambia represents. “Although a large proportion of FDI is going to the mining sector, the growth in investment is a healthy trend,” he adds. And with considerable investment pouring into the country’s electricity sector and into infrastructure projects, such as the $360 million international airport expansion in Lusaka, that trend is set to continue.