Bridges, ports, roads and dams:  Infrastructure investment is having a moment in the sun. But will it rise to the high hopes so many have that it can rebuild crumbling economies around the world?

The golden age of cheap corporate funding is coming to an end. Or is it? After Donald Trump’s surprise election as US president, markets reached a quick consensus that a new economic day was dawning. But interest rate hikes may not come as fast--or do as much damage--as some expect.

Expectations for lower corporate taxes and an easing of regulatory pressure on the finance industry under President Donald Trump bode well for midsize regional banks and their commercial clients across the US. Will those expectations be met or dashed?

Global Finance announces our picks for the world's Best Trade Finance Providers for 2017, including both bank and non-bank financial institutions.

A Q&A with Henry Oroh, CEO of Zenith Bank, which won Global Finance's 2017 award for Best Trade Finance Provider in Ghana, about prospects for increased trade and greater uptake of documentary finance instruments in the coming year.

Robert O’Donoghue, ING’s global head of working capital solutions, explains the importance of a full view of the supply chain and reasons for growth.

China’s “One Belt, One Road” (OBOR) initiative is the most ambitious overarching infrastructure project to be proposed in the modern era, and it requires ambitious financing.

Using Silk Road bonds as a funding vehicle for the vast capital needs of the One Belt, One Road (OBOR) project appears a handy catchall subsuming devilish details.

With the worst of its financial pressures behind it, Saudi Arabia is forging ahead with its ambitious Vision 2030 development plan to diversify away from oil dependency and stimulate demand.

The desert kingdom's bold plans to boost the private sector and diversify away from oil include a little more government spending this year.

Saudi Arabia's Public Investment Fund (PIF), which is expected to exceed $2 trillion in 2018, is slated to play a major role in diversifying the Saudi economy, with big investments in a technology, healthcare and other sectors.

China is committed to investing more than $360 billion in domestic renewable energy and supporting technologies by 2020, building on its existing position as the world’s largest investor in renewables.

New mayor of São Paolo João Doria, a businessman, plans to sell the racing circuit of Interlagos and the operation of Pacaembu soccer stadium.

Negotiations in Geneva have resumed over the decades-old division of Cyprus.

A 35-page essay in the archives of the US-China Economic and Security Review Commission shows how Robert Lighthizer, a veteran attorney who is now Trump’s pick for US Trade Representative, might approach America's $30 billion-a-month trade deficit with China.

António Guterres, the former prime minister of Portugal and UN high commissioner for refugees, took over on January 1 for a five-year term as the United Nations secretary general. The fact that Guterres ran a major UN agency during a global refugee crisis would help him to focus on ways to better integrate the various UN operations and to partner with other institutions.

Alibaba executive chairman Jack Ma stood side by side with president-elect Donald Trump on January 9 to tout Alibaba plans that would “create one million [US] jobs.” Turns out, the plans are to support exporters, which may or may not create jobs in the US.

The Trump campaign in the United States and the UK’s Brexit movement put forth renewed calls for economic policies with potential to limit or reduce cross-border trade.

Gulf countries are encouraging local banks to merge and several have done so. In the UAE, National Bank of Abu Dhabi and First Gulf Bank are in the process of creating the largest bank in the Middle East.

McDonald’s agreed to sell 80% control of its restaurants in China and Hong Kong for 20 years to state-owned conglomerate Citic and the Carlyle Group, a private equity firm.

Which countries lead the global knowledge economy? At least one academic suggests that current assessments of a country’s knowledge base are too narrow and reliant on averages. In research to be presented in April at INSEAD, Kai Chan argues that a nation's brightest talent—not its average capabilities—determine its knowledge capacity.

Donald Trump's policy plans put him in conflict with traditional Republicans in Congress and the states--in this case, his plans to impost tariffs to shape trade.

Chinese Web giant Baidu has obtained regulatory approval to establish, in collaboration with China Citic Bank, a direct-banking firm named Baixin Bank that will operate online rather than through brick-and-mortar outlets. 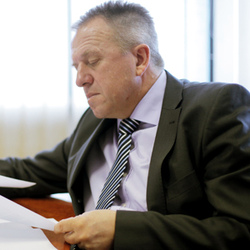 Slovenia recognizes the importance of foreign direct investment (FDI) for its economy, according to the country’s Minister for Economic Development and Technology, and is working hard to draw interest from foreign investors.