In late October in New York, Global Finance conducted a gala awards dinner for the winners of 2002’s World’s Best Internet Banks Awards. The awards were based on submissions from participating banks, and 103 winners were announced in the September issue. Representatives of all but three of the winning banks were present to accept their awards.

Citigroup won the most awards. The awards program included a presentation by Frank Bisignano, chief administrative officer and senior executive vice president of Citigroup’s Global Corporate and Investment Bank,on the evolution of the bank’s Internet philosophy. 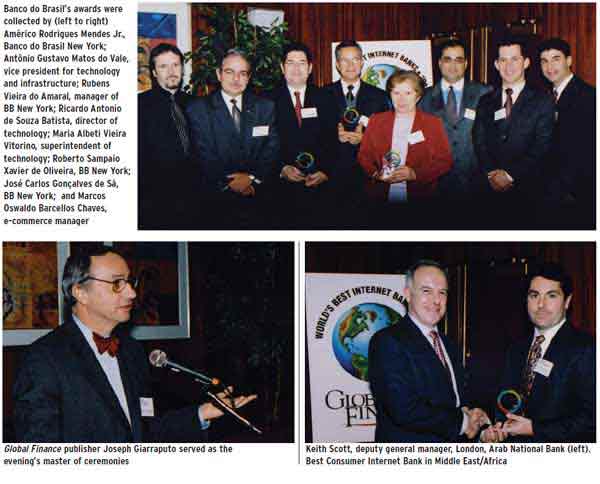 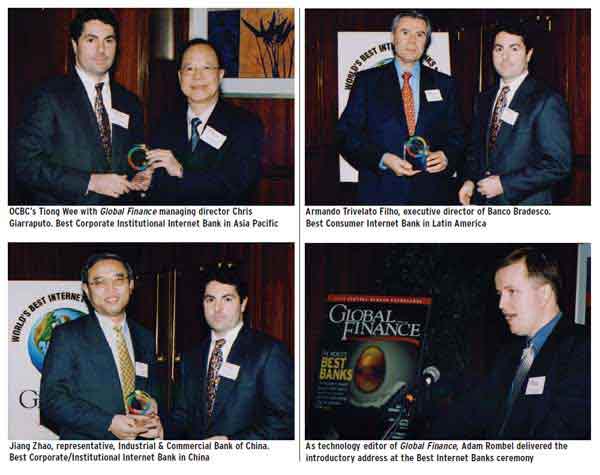