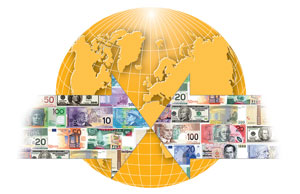 Before the global financial crisis hit, prime brokerage had become one of the fastestgrowing products in the foreign exchange market. The service enables hedge funds and other customers to view and trade on the best prices available in the market from a number of major FX banks through a single platform and to take positions on a leveraged basis while keeping their accounts at a single institution.

Because the customer’s assets are concentrated at the prime broker, which provides centralized clearing and other services, the overall collateral required for credit is lower, since it is based on the client’s net positions. Following the collapse of Lehman Brothers and the government bailout of American International Group (AIG) in September 2008, the prime brokerage business has undergone tremendous structural change, and it is still evolving.

In the wake of the global credit crisis, some customers are reluctant to concentrate their risk with a single prime broker and are using multiple prime brokers. Clients are also taking a closer look at how their margin collateral is handled and how safe it is. Some financial institutions have been forced to exit or scale back this business. Other leading banks with good credit ratings are entering the business to take advantage of a flight to strength and to round out their FX offerings.

“BNP Paribas is already a top-10 bank globally in foreign exchange, and we definitely want to move up to the topfive names,” says George Nunn, managing director in charge of interest rates and FX structuring at BNP Paribas. “That requires firing on all cylinders and being involved in every aspect of foreign exchange, including exotic currencies, hybrids and prime brokerage activity,” he says.

The bank’s FX structuring team is meeting clients’ needs with comprehensive risk management services, Nunn says. “For example, a multinational corporation may be doing business in 70 or 80 currencies. We narrow this down to the eight most important currencies and calculate the amount of risk left over and suggest how to manage it, such as by hedging a portion on a monthly or quarterly basis,” he adds. BNP Paribas, which is known for its derivatives expertise, also provides disaster protection for clients who want to manage risk in potential crisis events.

“Prime brokerage is central to the provision of services to a certain client base,” Buthorn explains. At a time when banks are taking a much more serious approach to due diligence, prime brokers get to know their clients very well, he says. “This is a good thing for the market,” he adds. BNP Paribas’ FX prime brokerage will target “real money” investors, such as mutual funds, insurance companies, pension funds and hedge funds, as well as broker-dealers, he says.

“The fact that we are a strong counterparty is incredibly important,” Buthorn says. “That’s where we will add value, as well as by simplifying the operating process.” BNP Paribas’ FX prime brokerage infrastructure is highly customizable to the client’s needs, whereas most banks provide the same service to all of their clients, he says.

Meanwhile, a number of banks that cut back their prime brokerage operations in late 2008, as hedge funds sustained big losses and record redemptions, are now rebuilding this high-margin business. Morgan Stanley, for example, hired Martine Bond and three associates away from JPMorgan Chase in May 2009. Bond was global head of FX prime brokerage at JPMorgan Chase and now holds the same title at Morgan Stanley. In October 2009 Morgan Stanley became a prime bank on the EBS platform owned by London-based ICAP.

“We are seeing the return of strong demand for FX prime brokerage services in all sectors, and EBS is continuing to see more entrants, further increasing the diversity of counterparties on the platform,” says David Faulkner, global prime manager of ICAP Electronic Broking.

In September 2009 J.P. Morgan announced the formation of a prime custody solutions group. The unit serves hedge funds and asset managers seeking a combination of prime brokerage capabilities and securities services. “Challenging market conditions have underscored the importance of partnering with a prime brokerage that can safeguard assets in a separate depository,” says Devon George-Eghdami, managing director and head of the new unit.

The move comes at a time when some hedge funds are launching long-only funds, which do not take short positions in the market. These funds are seeking structures that allow them to house certain assets with custodians, while traditional asset managers are executing long/short strategies that require financing through a prime broker, according to J.P. Morgan. Long/short funds use leverage, derivatives and short positions in an attempt to maximize total returns, regardless of market conditions. Bear Stearns, which was acquired by J.P. Morgan in March 2008, was one of the few prime brokers that had offered custody benefits to clients.

Celent, a Boston-based consulting firm, says the collapse of Lehman Brothers was an eye-opener for many hedge funds, which operated using a single prime broker. “The hedge funds of the future will be expected to have multiple prime broker relationships, as well as the capability and infrastructure to maintain these relationships,” Celent says in a report on global FX market trends released in November 2009. “The days when a hedge fund could rely on a single prime broker for reporting and data collection could be over once and for all,” the report says.

Deutsche Bank, Credit Suisse, BNP Paribas and J.P. Morgan have all been beneficiaries of the emerging multi-primebroker model, with multiple liquidity avenues being the main requirement for the hedge funds, according to Celent.

When Lehman Brothers filed for bankruptcy, more than $16 billion in hedge fund and other assets were trapped in its UK subsidiary. As a result, investors want to know more about where hedge funds are holding their securities.

“The fact that hedge funds are no longer putting all of their eggs in one basket is old news,” says David Nichols, managing director, head of product management, BNY Mellon Global Markets. “The emergence of a new client-service model known as prime custody is a new phenomenon,” he says. Hedge funds are beginning to split their assets between those pledged to a prime broker and those that are not pledged. The unencumbered assets are being placed in the hands of prime custody banks.

BNY Mellon, the world’s largest provider of custody services, is not a prime broker, but it has invested significantly in collateral management technology that enables it to provide enhanced custody services to hedge funds that want to keep their unencumbered assets for themselves. Hedge funds are different from pension funds, and traditional custodians need to upgrade their technology to be better able to move collateral around in order to serve the needs of these more-active new clients.

Meanwhile, investors who are clients of the hedge funds are demanding better reporting and understanding of where their assets are following Bernard Madoff’s massive fraud scheme and are pressing funds to hire outside administrators. 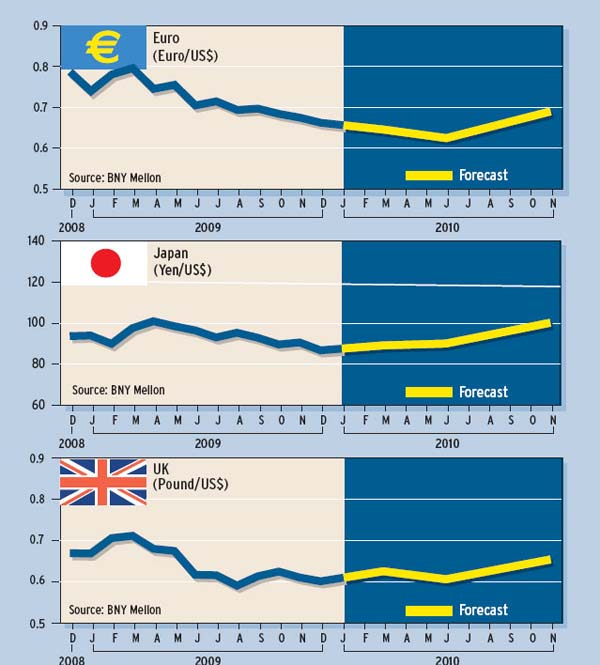 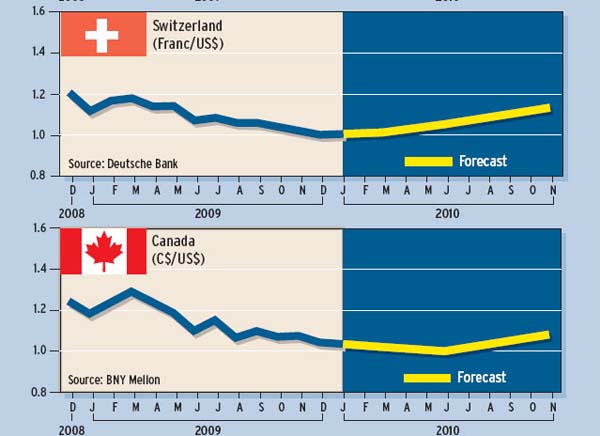 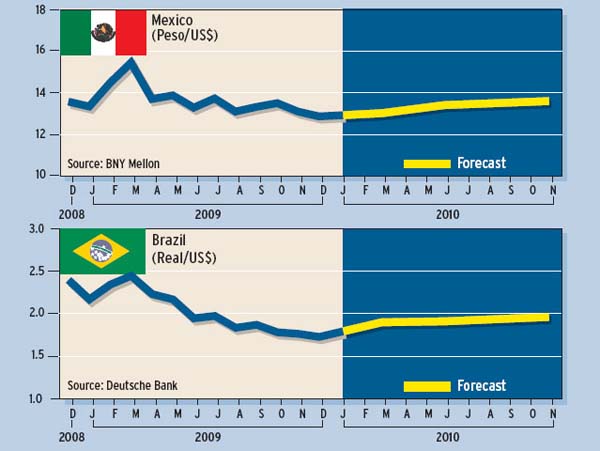 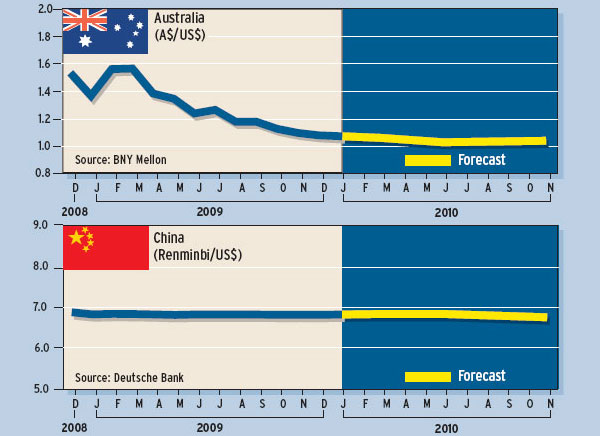 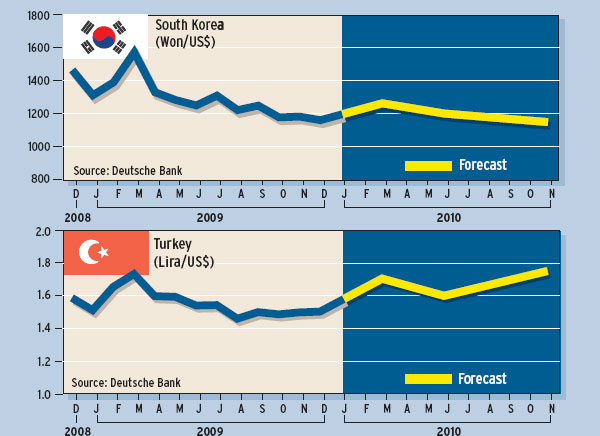