As new technologies help individuals gain greater access to information and data, how they use it will change the corporate and financial worlds forever. To stay ahead of the pack, firms must change the way they operate, or lose out.

A decade from now those individuals who are now 15 years old will be 25—in the workforce and a key consumer demographic. They will have grown up with the Internet at their fingertips, more wired at age 10 than many current adults will ever be. Companies that hope to reach out and hold that demographic will have to be just as wired and meet their demand for instantaneous service and information, continuous support and tailored offerings.

In addition, those companies will have to expect that everything they do with and for their customers will receive instantaneous review across innumerable channels, and that review could go out to thousands or even millions of people as interconnections continue to grow.

This is already having an impact, as individuals do their homework online before making any decision—from choosing a brand of shampoo to buying a car, to selecting a bank or law firm, to solving a software compatibility issue. They are using the Internet not just to find such resources, but to help them in sometimes fundamental, life-changing decisions. Millions of reviews of anything and everything are already available, and the number is only growing. 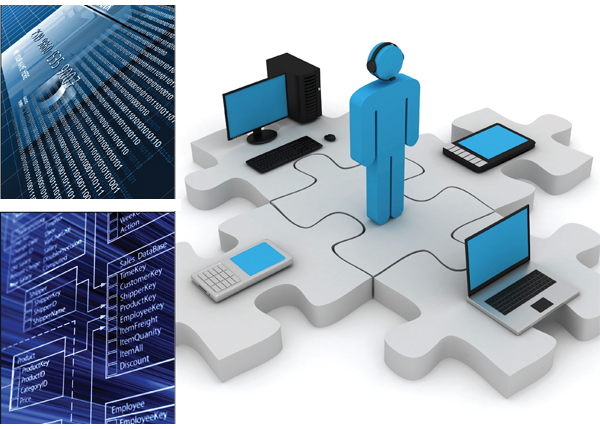 People not only have increasing access to information at their fingertips that would once have been difficult or even impossible to find, but also they will have more avenues for making their views known to their friends, neighbors, social network and the Internet community at large. Perhaps even more revolutionary is the fact that those views are now instantly available to the people who are actually making decisions, such as regulators, corporations, marketers and politicians. Never before has such immediate, unfiltered and comprehensive feedback been available to key decision-makers. And never before have corporations’ customers felt so powerful.

“Many technology development efforts are focused on providing greater control to users,” says Trent Adams, outreach specialist in trust and identity at independent Internet standards and policy organization The Internet Society (ISOC). As an example of customers putting that potential power into action, Adams points to Facebook’s recent backpedaling over changes to its terms of use following a user backlash. “Facebook was forced to revert changes to its terms of use after user reaction,” he says. This trend will only get stronger over the coming years, as the younger generation—already very comfortably plugged-in—become wage-earners and decision-makers and begin to use their online voice as a mechanism for change.

The frequency with which people communicate electronically continues to grow at lightning speed, as do the channels through which they communicate and connect with their business and financial partners. With mobile phone penetration reaching 60% worldwide, according to the United Nations’ International Telecommunications Union (ITU), individuals and businesses can be plugged in 24/7, and they expect their banking and business partners to support that with real-time or near-real-time access to their information. Mani Pande, a research director at the Institute for the Future (IFTF), notes, “The next generation will definitely expect immediate responses, and they expect that companies supporting them will be proactive in providing information, data and services before they even know they need them.”

The ISOC’s Adams believes access to information will be a key driver of change. “Whereas today users generally manage data within the silo of single institutions—for example, individual bank, brokerage, or credit card companies—new capabilities will allow them to delegate access to and control authority over their data as it is shared across institutions,” he says.

With this control comes greater power. According to IFTF’s Pande, individuals will also have a broader array of tools with which to manipulate that data. “Many of the smart tools that were available only to people working in large banks will become available for everyday lay people, which will democratize financial decision-making in new ways,” she says. “These smart tools will help demystify how the financial markets operate, which will, in turn, bring in new players and change the way the world of finance works.”

For example, peer-to-peer lending has already taken off and will only get bigger as data access gets more real-time. It is a win-win situation for borrowers and lenders as borrowers may pay less than they would for bank lending and lenders get a higher interest rate on their money than traditional savings products typically offer. Niche peer-to-peer lending sites have begun to spring up.

However, changing access, interoperability between various systems and real-time information availability all create a huge set of challenges and risks that must be effectively dealt with in the coming years. Not least is regulatory compliance. Rules such as “know your customer” (KYC) and anti-money laundering regulations take on new meaning when you are providing information in near-real-time.

These new developments will require a regulatory and legislative framework in which to operate, on which many global governments are already working. Such frameworks must have the flexibility to allow these new technologies to flourish while still protecting the rights of citizens and businesses to privacy. “On the regulatory front,” says Adams, “the EU has adopted fairly explicit privacy regulations, and other governments and organizations are doing the same; for example, the OECD is reviewing its privacy document.”

Then there are the issues of security and identity management. Notes Heidi Silver-Pacuilla, deputy director, National Center for Technology Innovation, “Interoperability poses real challenges to protect privacy and identity.”

Countless firms around the world are focused on developing technologies aimed at creating a wired world and dealing with the security and trust issues that go along with it. One critical new development will be an “open trust” digital identity management framework—one where the various parties have already determined they trust each other.

The Kantara Initiative is an association aimed at bridging disparate interoperability and security technology developments with a single, open trust framework for digital identity security. Members range from developers and technology firms, such as PayPal, Oracle and Deutsche Telekom, to governments and universities, to financial services firms such as Fidelity Investments.

The Initiative is working to develop this open framework in order to enable a standardized trust and identity infrastructure to drive new information sharing and user-managed access solutions. This is a key enterprise that is critical to changing the way that not only individuals but also companies manage all of their interactions with their business partners, their banks and all of the other parties with whom they interact. Once this is achieved, it creates the trusted backbone that is necessary for the next stage of evolution in information exchange and management.

Corporations Race To Keep Up

As companies learn new ways to interact with their customers, this creates both new opportunities and new headaches. Jeff Goldberg, senior analyst at Celent, believes that one of the big issues that has yet to be addressed is how to archive all of the unstructured electronic communication that is going on between firms and their clients. “There are a lot of questions around that,” he says. “Companies are struggling with how to archive it all, the legal relevance, and how to archive it in a structured way that is accessible should they need it.”

Goldberg says that this could create just as many concerns as email once did. “Ten years ago there was an issue with email and the informal approach to it. Not only were people not archiving—or deleting—emails appropriately, they were also using email in an informal way and therefore making statements that could be later used against a company during a lawsuit,” he notes. “In the coming years this will be an issue with some of these unstructured forms of electronic communication.”

While vendors work on solutions to help companies manage all the unstructured communication flowing to and from their firms, it may be too little too late for some companies. “I believe we will likely see some lawsuits that come out in relation to this,” says Goldberg. “We may see some suits where either the information isn’t available for the company to access, or where the company hasn’t saved it—for example, their chat logs—but the customer has.” Such free-form communications are hard to store in a way that can be called up or searched later on.

However, all of this interaction also creates opportunity—for highly tailored selling, product cross-selling and sophisticated pricing modeling. As cloud computing matures, it could provide a technological mechanism for highly advanced predictive modeling of consumer behaviors that can be used to drive corporate-customer interactions.

Now being used by high-end insurance and financial services firms for predictive modeling of their books of business, cloud computing could conceivably be used by corporations to analyze all of the consumer data and communication that they are storing in order to better understand their customers and provide more tailored selling experiences.

However, cloud computing is not without its risks, as Brad Peterson, a partner at law firm Mayer Brown, explains: “We already see financial institutions sharing back offices or performing back-office functions for one another. The risks with that are privacy and security—for example, of corporate trade secrets. The question is, how do you know where your data is anymore?”

“As we start applying cloud computing to back-office processing in general, this could become more of an issue,” Peterson adds. “For example, when you no longer just outsource your [accounts payable] process to Accenture, but you outsource it to Accenture who then sends that out to different companies in a cloud, the risk is that you have less and less clarity on where your data is going. Even though in theory you will have more and more processing power, how will that risk be managed?”

That is a question that will be answered in the coming few years, as more companies look to take advantage of high-end cloud computing on demand. It will make technology more affordable and, coupled with the huge increase in information and data available both to companies and to individuals, it will help shape a corporate world where information, more than ever before, is power.