Islamic finance is set to become one of the defining phenomena of the coming decade. Some are concerned, though, that the surge of growth may compromise the strict principles on which it is founded. 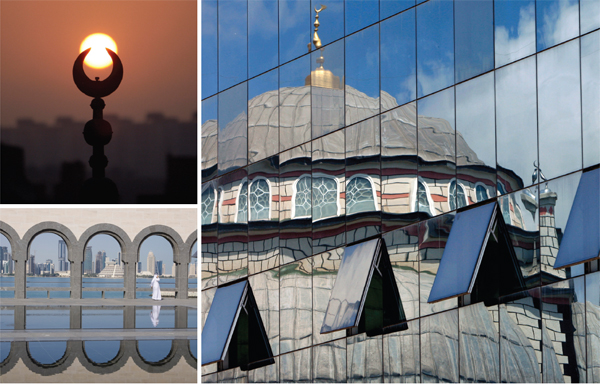 Ted Pretty, ex-investment banker with Australia's Macquarie Capital and recently appointed CEO for investment management at Gulf Finance House (GFH) in Bahrain, exemplifies the tectonic shift that is taking place at the border between conventional and Islamic financing. Explaining his decision to leave the world of conventional financing for an Islamic bank, Pretty says it was "driven through the belief that Islamic financing will have increased influence in the next five years." He has a point: In the wake of the financial crisis, Islamic financing is benefiting from the "back-to-basics" approach it has always prescribed, based on forbidding leverage and using asset-backed financing. As a result, it has emerged from the crisis with a relatively squeaky-clean image.

As well as gaining increasing recognition, Islamic financing needs to mesh more smoothly with conventional finance, says Zeti Akhtar Aziz, governor of Malaysia's central bank, Bank Negara Malaysia (BNM). Speaking at a recent high-level conference on financial stability in Kuala Lumpur, Zeti said that to ensure more balanced global growth, Islamic financing opportunities needed to be developed in parallel with conventional financing. She also called on the Financial Stability Board set up by the Group of 20 countries in the wake of the recent financial crisis to acknowledge the increased importance of Islamic financing in terms of promoting global financial stability and the more efficient allocation of capital.

The importance of Islamic finance is expected to grow rapidly over the coming decade, but while Islamic banks may have attracted more assets than conventional banks in 2009, in terms of total assets its overall contribution is still relatively tiny. With an annual growth rate of 15% to 20%, Islamic financing assets are expected to reach $1 trillion this year.

There is also increased interest in Islamic financing from traditional financial centers such as London, while France is making fiscal and legal changes in order to accommodate Islamic financing.

For Richard Thomas, who has worked in Islamic financing for almost 30 years and is now CEO of London Islamic bank Gatehouse Bank, the scales of the global financial system are finally starting to tip in Islamic financing's favor. He believes asset-based financing, which plays to the core strengths of Islamic financing structures, will emerge from the crisis stronger than ever before. "Our structures and solutions are going to be very attractive to companies that trade things and are in industries such as logistics—firms that make use of physical assets that are not principle balance-sheet items, such as trucks and generators," he says. A good example of that, he adds, is the recent GE Finance $500 million sukuk al-ijarah, which was listed on Bursa Malaysia in November.

GE is not alone in wanting to tap into the Islamic investor base. Pension funds and asset managers are also increasingly turning to Islamic financing. For example, Malaysia's Employees Provident Fund increased its investment in private sector sukuk from 29.75 billion ringgit ($8.76 billion) in 2005 to 54.14 billion ringgit by the end of 2008.

Clearly, it is not just companies from countries with large Muslim populations that are finding Islamic financial instruments attractive. Fahad Al-Mukhaizeem, head of marketing and public relations, Kuwait Finance House (KFH), says the interest in Islamic financing has spread to non-Muslim countries such as Sweden. "The crisis has given Islamic financing a boost," he says. Such is the confidence in the system, he adds, that "a number of banks in Kuwait are converting from conventional to fully Islamic banks."

Isam Salah, a New York-based lawyer who heads up King & Spalding's Islamic finance and investment practice, says a significant portion of the equity investment coming into the United States from the Gulf Cooperation Council (GCC) region is also seeking a shariah-compliant wrapper. He says some local institutions are also launching shariah-compliant products to market to the United States' Muslim population. Yet, unlike other financial centers, he says the US has not gone out of its way to market itself as an Islamic financial hub. "There is still the perception that the US is hostile to Islamic finance," he says.

The UK government, on the other hand, is so enamored of Islamic financing that there is even talk of a sovereign sukuk. In considering such a move, though, the UK government may be swimming against the tide. While the sukuk market has experienced double-digit rates of growth in the past few years, in the first half of 2009 total global sukuk issued fell by 35% year-on-year to $7 billion, according to figures supplied by BNM. Partly as a result of the late-2009 financial upheaval in Dubai, sukuk has taken something of a battering recently, particularly in the Middle East, where some issuances have been postponed. The GCC is also dealing with the issue of sukuk defaults in the case of Kuwait's Investment Dar and Saad Group in Saudi Arabia. And as debt repayment concerns pile up in Dubai, trading in all three listed sukuk of Dubai World's real estate unit, Nakheel Development, were suspended. However, thanks to a $10 billion lifeline from Abu Dhabi, which came through in mid-December, it appears the $4.1 billion due to Nakheel bondholders will be covered.

Badlisyah Abdul Ghani, CEO, CIMB Islamic Bank in Malaysia, says the Saudi and Kuwait defaults have been blown out of proportion. There have been defaults in Malaysia in the past, he says, but Islamic banking laws have been largely tried and tested in the Malaysian courts. "The Middle East is now going through the same process," he says. "It is good, as it will give clarity to the market for the future." Ijlal Alvi, CEO of the International Islamic Financial Markets (IIFM), a market standardization body, says the defaults are unlikely to stop people investing in sukuk and will in fact improve the product's sophistication level.

In the interim, however, Thomas of Gatehouse Bank says the defaults could create uncertainty and a lack of confidence in sukuk. He claims that the sukuk defaults in the GCC arose around credit defaults because some were structured like debt capital markets instruments, and as debt markets were negatively affected by the financial crisis, so were these sukuk. In a comment that reflects the importance of due diligence on the part of investors, King & Spalding's Salah says it is a hangover from the boom times, when some sukuk were rushed to market and not a lot of care was taken by the creditors or sukuk buyers to ascertain whether there were clear rights to an actual underlying asset.

Malaysia Provides a Model
If the sukuk market is to flourish and give investors certainty, Thomas says, Islamic financial centers need to emulate the example of Malaysia, where the Islamic financial system is regulated in parallel with the conventional system. Both BNM and the Securities Commission, which licenses capital markets firms, have shariah advisory councils that ensure all Islamic capital market products comply with shariah principles. KFH's Al-Mukhaizeem says appropriate regulation is the key. "What's needed are regulators to better understand what Islamic financing is and, secondly, the right legal and regulatory frameworks that allow Islamic banks to offer products that are shariah compliant," he says.

The Middle Eastern sukuk defaults also highlight issues of concentration risk for some Islamic banks heavily exposed toward real estate assets. While Islamic financing may have by and large avoided the pitfalls of too much leverage and speculation, as Muhammad Al-Jasser, governor of the Saudi Arabian Monetary Agency, points out, "Risk has no religion." Rifaat Ahmed Abdel Karim, secretary-general of the Islamic Financial Services Board (IFSB), continues the point, saying, "Those Islamic financial institutions that pursued aggressive expansion may have neglected fundamental and sound risk management standards and violated their fiduciary responsibility toward investors." He says existing international standards such as the Basel rules have to be adapted to suit the risk specificities of the Islamic financial services industry.

There is also growing recognition that in order to reduce confusion among investors caused by shariah scholars lending different interpretations to financial structures, there needs to be a greater degree of convergence between the different schools of shariah thought. In Malaysia, Bakarudin Ishak, assistant governor of BNM, says scholars, under the auspices of the International Shariah Research Academy for Islamic Finance (ISRA), have agreed to work together to help the sector grow.

Alvi of IIFM, which has drafted standard master agreements for Islamic finance structures such as murabahah and tahawwut (hedging), believes standardization will be a key driver for the development of Islamic finance, but achieving it takes time. "It can take two to three years to come up with globally standardized documentation, as a number of jurisdictions, institutions, shariah scholars and other market participants are involved," he explains. He also warns of the risk of over-standardization, which he says could reduce creativity.

There is also industry-wide recognition that there needs to be more of a focus on research and development and training in Islamic financing. "Some of the applied products that have come onto the market push the boundaries of knowledge in Islamic financing," says Dato' Agil Natt, president of the International Center for Education in Islamic Finance in Malaysia. "Moving forward, we want to see a new breed of Islamic financing [practitioners] that are able to explain shariah [law]."

GFH in Bahrain is also seeking to employ more people with detailed knowledge of shariah law and structures. "It is not simply about employing people who can distinguish between halal [legal] and haram [forbidden]," says Pretty. "That is largely a compliance function. If Islamic finance is to be promoted in the global financial system, it requires people with in-depth knowledge of Islamic instruments and law so they can create more sophisticated and innovative shariah products that may or may not have a conventional equivalent."

Amjad Hussain, partner at international law firm Eversheds, says more R&D; needs to come from Islamic financial institutions that subscribe to the tenets of Islamic teachings and not just Western banks that, many believe, have developed Islamic products mainly to tap into the petrodollar boom.

Yet, when it comes to areas such as derivatives, Alvi of IIFM says the industry can benefit from the input of conventional banks, which are more experienced with these instruments. Examples like this demonstrate the challenges Islamic financing faces as it straddles two worlds: the conventional financial system in which it operates, and shariah law and jurisprudence.

For some, the two may appear to be at odds. However, Gan Kok Kim, head of treasury at OCBC Bank in Malaysia, believes conventional banks and Islamic banks can learn from one another. "There are certain ideas in Islamic financing that the conventional side should take note of," he says. "I don't think both systems are at odds." Al-Jasser of the Saudi Arabian Monetary Agency believes that most conventional financial products are not necessarily in contravention of Islam. "We should look at them with an open heart and mind and not suspicion," he says.