Regional powerhouses in Asia and Latin America continue to build their presence as their markets recover strongly from the global recession. 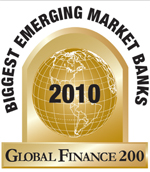 While much of the developed world continues to wrestle with the debilitating fallout from the recent global economic crisis, the world's emerging market banks are continuing their impressive run of growth. Among the banks leading this year's EM 200, the definitive list of the biggest banks in the emerging markets, the Bric countries are mostly well represented with China taking seven of the top 10 spots in Asia, Brazil proving equally dominant in Latin America and three Russian banks in the top 10 in Central and Eastern Europe. India's banks are less well represented with only one making its way into the Asian top 10. Perhaps not surprisingly, Chinese and Brazilian banks almost swept the top 10 globally with only South Korea's Shinhan squeaking in at number 10 to break up the two countries' duopoly.

In stark contrast to Asia and Latin America, though, banks in other key emerging market regions saw their assets either remain relatively steady or, in the case of several Central and Eastern European banks, shrink slightly. The banks' results clearly illustrated the economic conditions in the regions in which they operate. The regional numbers do not tell the whole story, though, and many banks within even the most depressed economies are turning in impressive performances. Hungary's OTP, for example, is one of the Central and Eastern European banks that managed to grow its assets over the year. László Bencsik, deputy CEO of OTP Bank, explains how the bank managed to navigate stormy economic seas: "Our capital position is rock solid with a Tier 1 ratio at 14%," he says. "Furthermore the EU-wide stress test of systemically important banks assessed OTP as the second most stable. These, together with our strong liquidity reserves, provide a strong growth platform for future business expansion."

Methodology: The basis of all the rankings is the size of total assets, i.e. the balance sheet total. All figures have been converted into US dollars at the rate applicable at the date of that balance sheet. Great care has been taken to ensure the information's accuracy, but Bankers' Almanac can accept no responsibility for any losses or damages arising from any errors or omissions. These bank rankings are based on and compiled from balance sheet information held by Bankers' Almanac on October 1, 2010, and from Global Finance research. 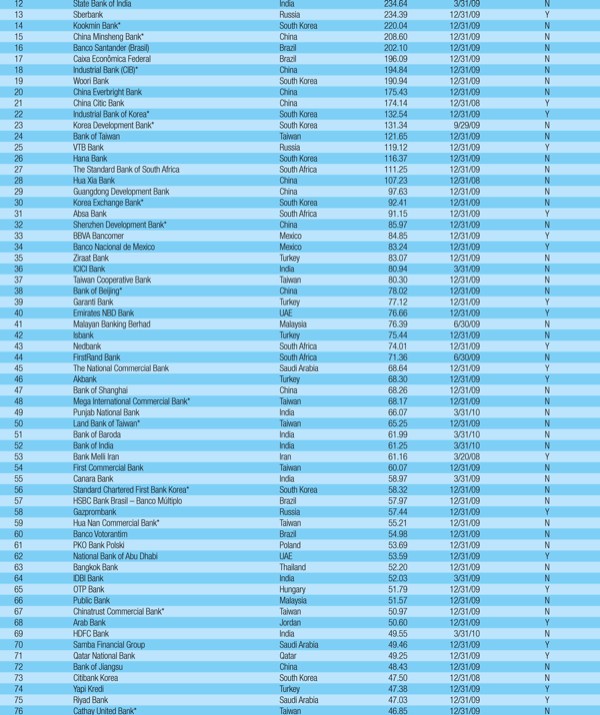 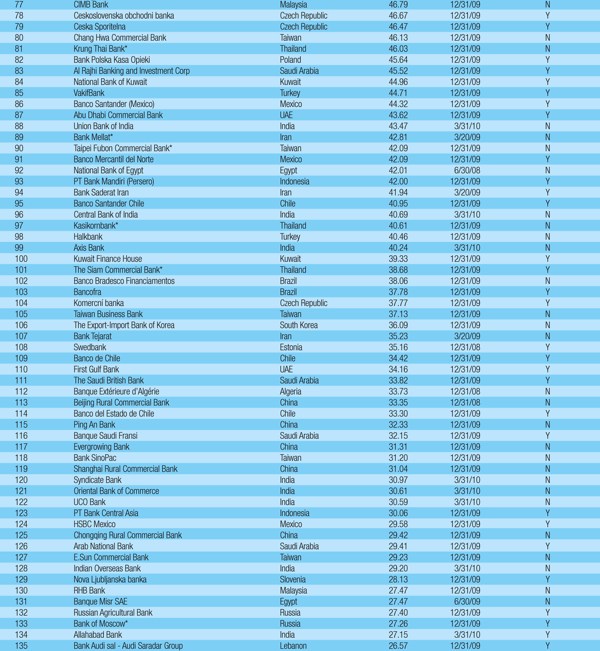 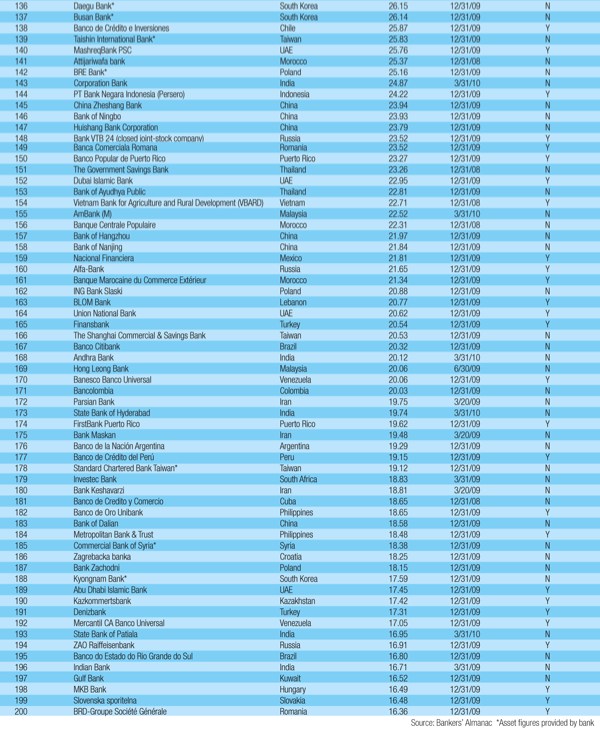