Renewed turmoil in Europe, supply shortages and the growing impact of financial investors are driving renewed demand for commodities hedging. 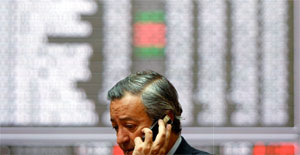 For most of 2010, producers and consumers of many commodities had little or no reason to hedge against global risk. In a phenomenon known as contango, future delivery prices of petroleum products, for example, were actually higher than expected future spot prices, giving airlines and other users of these hedging products no reason to lock in current prices. And with more economic woe visible on the horizon, the general expectation was that prices for key commodities could fall as demand dried up.

In early October, though, Ireland's financial crisis jolted the commodities cycle back into motion. The impact on the rest of Europe triggered a risk-averse sell-off that drove oil down about 10% and dragged down prices for many other tradable commodities as well. In early November commodities prices received a boost—particularly gold, which was up nearly 30% since January 1—when the US Federal Reserve Board announced it would buy $600 billion in bonds. This round of quantitative easing, dubbed QE2, was intended to lower the interest earned on low-risk investments and prod investors into higher-risk asset classes such as commodities. Then China announced it would tighten its monetary policy in 2011 to rein in inflation and guide economic growth to sustainably lower levels, spooking traders and causing prices for some commodities to sink temporarily—particularly palladium, which fell by about 4.5% on November 26. Still, prices for many commodities continued to rise, particularly in agriculture, where they were hitting multiyear highs by early December.

As a result, hedging came back in fashion rapidly. "There is a lot more incentive for consumers to hedge," says Boris Shrayer, global head of marketing of commodities at Morgan Stanley in New York, where the commodities swaps and options business has picked up sharply. "As prices go up, producers always hedge because they want to lock in attractive prices. Consumers want protection of the commodities they consume."

The renewed interest among buyers and producers in hedging against global risk underscores a widely shared conviction that future global economic growth will come not from developed countries in North America and Western Europe or from Japan but from the emerging markets. In the fast-growing countries of Asia and Latin America, economic growth translates into robust demand not just for the base metals used in infrastructure development and export-oriented manufacturing industries but also for the agricultural commodities that are used to prepare food and manufacture clothing. If a Chinese or Brazilian worker starts earning an extra $100 a month, the argument goes, he or she will probably spend half of it on a better diet or new clothes before buying a car or an apartment.

"The cycle is turning up. It's pretty healthy demand from emerging markets that is driving it," explains Shrayer. But it's not clear how long the commodities hedging business will continue to be bustling. Some investment bankers are concerned that a new set of rules being contemplated under Title VII of the Dodd–Frank Wall Street Reform and Consumer Protection Act, which President Barack Obama signed into law on July 21, may dampen commodities producers' and consumers' enthusiasm for hedging. "Aside from the extreme volatility in many of the commodity markets, the major issue now is what is going on from the regulatory perspective, particularly regarding over-the-counter transactions," says Walter Pye, senior managing director for fixed income, currencies and commodities at Macquarie Group in New York.

The main concern is the uncertainty of the new rules pertaining to commodities hedging, which have not been written yet, and their implications. Another area of concern involves disclosure requirements under the new rules. "If a financial institution puts on a big hedge for a corporate client and then that same institution is required to immediately disclose the details to the rest of the Street before getting out of its risk, it is in a very precarious situation. Costs will either have to go up substantially or hedge providers will likely find it hard to remain in the business. This could be very harmful for corporate hedgers," warns Pye.

Then there is the potential cost of compliance, particularly in the current environment. According to some sources in the commodities business, Dodd-Frank ultimately could bear comparison with Sarbanes-Oxley, which was intended to raise standards for transparency and accountability but has also been blamed for raising business costs. The fear, Shrayer says, is that if the wrong rules go into effect, there could be real changes in liquidity in the markets, and much of the commodities trading carried out in the US could migrate to foreign exchanges. After all, multinationals such as BP, Shell or Total can trade just as easily on the Dubai Mercantile Exchange as on the CME.

"It's where the value creation is coming, whether it's from commodities or from other assets" – Dan Peirce, State Street Global Advisors

Until the new rules take effect—the various provisions of Dodd-Frank are supposed to be phased in over several years—the themes that are now driving the turn in the commodities cycle can be expected to dominate global commodities markets. The overriding theme is that, despite the impact of the Ireland crisis on Europe's financial system and a late-2010 uptick in unemployment in the US, overall demand has improved, and the global economy is now in its best shape since the financial turmoil of 2008. During the 30 days through December 3, the dollar rallied strongly against the euro while oil held its ground, according to Morgan Stanley data. On December 3, oil was the same price as it had been a month earlier, while the euro was at 1.32 to the dollar, down from 1.40.

Forward prices for oil are rising as demand picks up, led by light products such as gasoline and jet fuel, whose prices have been boosted by the late-2009 shuttering of some of the largest refineries in the US. Now consumers who had been about 25% hedged are about 40% hedged, according to Morgan Stanley estimates. "If you are an airline, you are really concerned that if oil goes to $120, all of your profits will disappear," says Shrayer. "As a result, the contango is flattening out."

The shift in the commodities cycle is particularly stark in the US gasoline market, which is now in so-called backwardation, a phenomenon where current spot prices are higher than prices for future delivery. This is all the more significant because the backwardation is occurring in winter, a time when gasoline production usually increases because of the temperature-sensitive chemical process involved and because it is in a market that makes up 25% of global demand. "Backwardation always brings investors in because that's a sign that things are healthy," says Shrayer.

Many agricultural commodities, from sugar to coffee to cocoa, broke multiyear record prices in the second half of 2010, and food producers have been locking in high prices. Real cotton prices have reached heights not seen since the US Civil War owing to several years of crop shortfalls and sharp increases in demand from textile mills in emerging markets. These factors have conspired to double the costs that blue jeans manufacturers are facing.

Buyers are not necessarily shouldering the whole burden, though. "Producers will be looking to hedge. We are still in a very tentative economic environment where they cannot easily pass on these costs," says Kona Haque, an agricultural commodities analyst at Macquarie in London.

In precious metals, gold is still tremendously popular as a currency play, while platinum and palladium prices are expected to rise with the recovery of the US auto industry. "We expect gold prices to continue to rise from current levels, as real interest rates should remain low on a continuation of quantitative easing in the US," Goldman Sachs' commodities research team wrote in a report on November 9. The report recommended that commodities consumers layer in upside protection in the form of near-dated hedges for gold and even more so for platinum. The report said gold prices were expected to continue rising in 2011 but also warned that they could ultimately decline in 2012 if the Fed tightens monetary policy, and noted that "this is a good time for gold producers to begin scaled-up hedging of forward production, particularly for calendar 2012 and beyond."

Of course, it's not only producers and consumers that are investing more actively in financial instruments in the commodities sector. In recent months financial investors such as pension funds, hedge funds and high-net-worth individuals have been allocating more of their assets to commodities as an asset class to diversify their risk away from stocks, bonds and cash, according to portfolio managers at several asset management firms. This strategy was common before the dot-com boom of the late-1990s, was rediscovered after the Nasdaq crash in 2000, picked up momentum in 2009 and became a staple for many investors in the second half of 2010.

"Diversification still plays an important role, but the bigger concern since the credit crisis and especially more recently has been mitigating the potential for higher-than-expected inflation risk that is not already priced into the market," says Nelson Louie, global head of commodities at Credit Suisse's asset management group in New York, where his team runs the $4.2 billion Credit Suisse Commodity Return Strategy Fund. "There are a lot of variables right now, such as QE2 and China trying to rein in its growth, that can contribute to ... unexpected inflation risk," he adds. It is for this reason that financial investors are gravitating toward institutional funds that invest in commodities.

"We are in a time period that has a good ways to run during which commodities play a very valuable role," says Dan Peirce, senior portfolio manager for multiasset-class solutions at State Street Global Advisors in Boston. "That is, it's where the value creation is coming, whether it's from commodities directly or from other assets that have a more compelling relationship to what is going on in the commodities space."