With Islamic financial institutions seeking to expand into emerging markets in Africa and Asia, could Latin America be next? 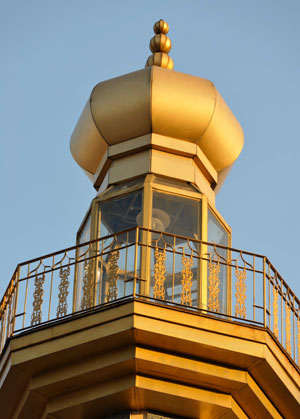 "There is significant opportunity for the Islamic finance system to provide an attractive alternative [to conventional bank financing]," says Arti Sangar, a partner with the law firm of Diaz Reus in Miami. Sangar, also licensed to practice in Dubai, feels recent free trade pacts between Latin American and Middle Eastern countries could become a catalyst. "With deeper trade and investment links, there will be greater opportunity for financial integration that could open new promises for Islamic finance and related products."

Raquib Zaman, professor of finance and international business at New York's Ithaca College and an expert on Islamic lending practices, feels it is up to Latin Americans to pursue such opportunities. "The only way that Islamic finance would be supportable in any particular Latin American country would be if the people of that country think their existing financial institutions are not providing the type of services they want, and that Islamic banking might be an appropriate alternative," he says. "The support has to come from the potential customers." Zaman believes Muslim populations in Argentina, Brazil, Venezuela, Suriname, Trinidad & Tobago, Guyana and Panama could support the arrival of Islamic financial institutions, as local communities would provide potential customers.

Philip Guarino, president of Boston-based Elementi Consulting, feels there are cultural considerations that may pose limits. "Islamic finance probably doesn't have the same draw in Latin America as it does in Asia and Africa," he says. "My belief is that Latin America has a strong Catholic pull and still sees Islam with some trepidation; this detracts from unrefined marketability." Yet, Guarino agrees Brazil presents the greatest opportunities for Islamic finance in the region.

Brazil's sheer market size could be a strong draw. "Brazil ... has a large and well-regulated financial market and legal system that could provide the tools with which to build local shariah-compliant financing structures," says Glen Roberts, chair of the SNR Denton law firm's Islamic finance and investment practice. "Brazil is also appealing because the country itself has a significant agricultural sector that should be appealing to sovereign funds from Saudi Arabia, Qatar and elsewhere in the GCC that are investing for food security in the Gulf region."

According to Monem Salam, director of Islamic investing at Saturna Capital, Islamic finance could prove beneficial for microfinance. "As poverty is prevalent in most South American countries, rather than implementing an interest-based microlending program that charges well above usurious rates, one could look into an Islamic micro-finance program, sharing in the profits of the small business owners until they can buy out the partner," he says.

"The opportunities for the [Islamic] financial institutions are in serving as a commercial bridge between Latin America and the Islamic markets in the Gulf and Islamic Asia," says Roberts. "For Latin American markets, the introduction of Islamic financial institutions will likely expand the sources of capital available to the region, which is crucial for development."