PLANNING FOR THE EURO CRISIS

Given the massive financial and contractual impacts of any breakup of the eurozone, it is only to be expected that international companies with European operations, or ties to Europe are drawing up contingency plans. 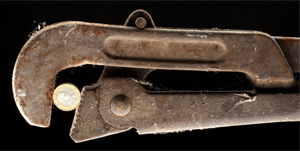 It is equally understandable that they do not want to make such plans public, for in doing so they would reveal a lack of confidence in the ability of counterparties—whether these be their suppliers, their banks or their distribution networks—to deliver. And as German chancellor Angela Merkel, among others, points out, what Europe needs most right now is confidence.

So far, companies that have gone public on their contingency planning focus mainly on possible exchange rate impacts. The German travel group TUI has asked Greek hoteliers to sign contracts acknowledging that it is to be paid in drachma and not euros, should Greece drop out of the eurozone.

Similarly, the global drinks group Diageo’s European president, Andrew Morgan, recently admitted: “We started thinking what it [a breakup of the euro] might look like. With countries coming out of the euro, you’ve got massive devaluation that makes imported brands very expensive.”

Certainly, the big accountancy and international law firms have been receiving more enquiries from corporate clients about how a euro breakup would affect their business.

“Among the contingency planning issues raised by clients is, what happens to their financial liabilities?” says David Sonter, a corporate partner at law firm Freshfields. “For instance, if their corporate debt is in euros and they do business in a country that exits, that could result in a bad mismatch between their debt and revenues. And if they have related derivatives in place, then the answer could be different according to each specific contract.”

The status of supplier contracts is also being reviewed. Should they remain in euros or convert into the successor currency, as TUI argues they should? Sonter points out the possibility of capital controls being introduced to stem sudden outflows from a deeply devalued new currency. “Of course this raises the question of whether capital controls are compatible with EU law,” says Sonter, “But were they to be introduced, this would greatly restrict a company’s ability to bring money out of that country.” Some consultants are suggesting that companies reduce their cash now in countries at risk to prepare for this possibility.

According to Charles Baden-Fuller, professor of strategy at the Cass Business School in London, a severe euro crisis raises both financial concerns—which he sees as mainly short-term issues—and longer-term strategic concerns. “When a banking system is under stress, there is higher counterparty risk, with companies worrying whether, through no fault of their own, key transactions will fail to go through.”

Baden-Fuller adds: “Then there is the problem of contagion, whereby even well-standing countries are adversely affected.” A sharp slide in the euro, he points out, would probably put upward pressure on the yen and so make Japanese exports less competitive.

But alongside the risks of unstable currencies, Baden-Fuller points out that there are also opportunities for international corporates. Should the weaker European economies have to go through a massive devaluation, while the stronger ones like Germany find their currency hugely revalued, multinationals can reposition themselves to gain maximum competitive advantage. “International companies have thought it through,” he says. “But on the whole medium-sized or more locally-focused firms have not done so.” 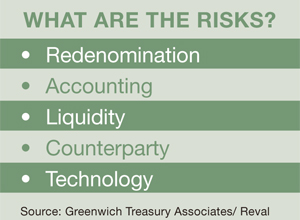