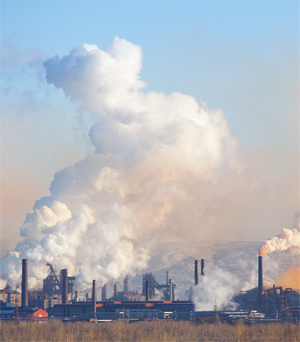 A fire broke out at a chemical plant in Moerdijk, Netherlands, in January 2011. The plant belonged to Dutch chemicals company Chemie-Pack, which used it to store hazardous chemicals. Although no one was injured in the fire, it destroyed the properties of two neighbouring companies and, according to reports, resulted in 35,000 square meters of contaminated water and 1,800 tons of contaminated soil.

Unfortunately for Chemie-Pack, the cost of environmental damages, which go significantly beyond the scope of normal liability and property insurance, contributed to the company’s filing for bankruptcy, according to Simon Johnson, Aon Risk Solutions’ environmental director for the UK, Europe, Middle East and Africa. Johnson said there were various claims for injuries from emissions released by the fire, for cleanup of the polluted site and for environmental damage.

As regulators globally pay closer attention to environmental risks and expect polluters to foot the bill for their actions, more companies, even those that do not handle hazardous materials, are finding themselves exposed. “Previously regulation was largely focused on active polluters,” says John Beauchamp, lead environmental risk underwriter for London’s Beazley Group. “Now, however, regulation applies to all companies who may not be active polluters, but by virtue of their operations can have environmental exposures.”

Beauchamp points to a recent case in the US where a firm maintained an irrigation ditch. While working on the ditch, soil sediments leaked into a river. “It was not contaminated soil, but because of the sediment in the water they were held to be in violation of the US Clean Water Act and therefore were responsible for cleaning it up. Responsibility has gone beyond those companies actively handling hazardous materials or waste.”

The US leads the way when it comes to regulation pertaining to hazardous materials causing personal or environmental damage. In the 1980s it enacted the Comprehensive Environmental Response, Compensation and Liability Act, otherwise known as Superfund, which established “prohibitions and requirements for closed and abandoned hazardous waste sites, provided for liability of persons responsible for releasing hazardous waste at these sites, and established a trust fund for cleaning up sites when no other responsible party could be held liable.”

The European Union’s Environmental Liability Directive (ELD), which became law in 2004, also has far-reaching implications for companies. “It is the first time we have a pan-European directive providing all countries with civil liabilities through environmental damage, including biodiversity,” explains Johnson of Aon Risk Solutions.

Although the ELD has been transposed differently in the various EU member states, with some of the Eastern European countries adopting it virtually verbatim, Karl Russek, head of environmental risk at insurer Ace International, says most countries are enforcing the directive. The ELD is based on the principle that the polluter pays, he says. Such regulations as the ELD are driving awareness among companies doing business in Europe about their exposure to environmental risk, which in turn is increasing interest in environmental risk insurance.

Beauchamp also points to the impact high-profile environmental disasters have had. “Events that have made headlines over the last few years, including oil spills, Hungary’s red mud disaster and the environmental issues associated with Hurricane Katrina, have increased awareness in terms of how the environment is impacted as a result of accidents.”

Johnson estimates that a small spill, which may have cost 100,000 euros to clean up before the ELD was enacted, is likely to cost at least three times as much under the new directive. “The costs for companies will be higher under the ELD,” he says, “and the gap between firms’ exposure and what companies’ existing insurance actually covers them for is getting larger,” he says.

Underwriting environmental risks is difficult. As a result, insurers often employ technicians and engineers (hydroengineers, toxicologists and so on) in addition to traditional underwriters. “It is difficult to quantify some of these risks,” notes Johnson of Aon. “It is about understanding the technical nature of the risk and making a value judgement, as we don’t have 30 years of actuarial data to fall back on.” Nonetheless, the market is getting deeper—and the products are getting more varied.

Environmental risk insurance has been underwritten in the US for the past 30 years, thanks in part to pollution and environmental contamination exclusions in most US general liability policies.

The environmental risk insurance market has grown historically at an annual rate of 10% to 15%, Beauchamp estimates, and in the past decade capacity has expanded dramatically. “Availability of insurance for $10 million of liability coverage is fairly vibrant, and layered capacity in excess of $200 million can be structured in the current market,” he says. “Even those with a low environmental risk profile can purchase insurance for $5,000 a year, whereas five to 10 years ago, many carriers had minimum premiums of up to $50,000.”

Russek says the single largest class of business worldwide is the commercial real estate market. In CRE acquisitions often the financing is contingent on buyers’ doing solid due diligence, including environmental assessments. Buyers want to mitigate their exposure to potential environmental contamination and the impact on third parties. Environmental risk insurers are typically “hands on” with claims, notes Russek, bringing legal, technical and crisis management resources to bear.

In underwriting policies, insurers evaluate not just risk but also prevention—rewarding with lower rates those companies that espouse good environmental policies. “We look at what a company does and how it manages its systems,” says Johnson. “Is it according to international standards for environmental management? Do they carry out audits? How do they manage processes to ensure they do not have a leakage or cause contamination?”

In emerging markets, where environmental risk awareness and insurance coverage associated with it are also growing, Beauchamp says the challenge is often determining whether there is a well-defined regulatory framework to coordinate environmental cleanup. In Brazil, for example, Johnson says that, although they have regulations similar to the EU’s ELD to protect the environment, it is the nature of enforcement that is equally important. “That is always the gamble—whether they’ll enforce the regulation,” says Russek. However, he adds that regulations are more likely to be enforced if the polluter is a large multinational.

"Now regulation applies to all companies who may not be active polluters, but by virtue of their operations can have environmental exposures"

For companies aiming to manage their global environmental risks, having the appropriate insurance coverage in place in all the countries where they operate is clearly of critical, and rising, importance.