Kuwait’s development in recent years has been driven by the state, with little FDI. However, upcoming elections promise a new government that could improve the business climate for foreign investors. 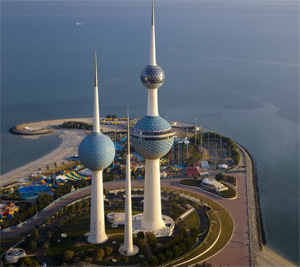 When protesters stormed Kuwait’s parliament on November 16, 2011, demanding the prime minister’s resignation, it seemed the Arab Spring had finally visited this wealthy Gulf state of three million souls. Then the government and prime minister sheikh Nasser al-Mohammad al-Ahmed al-Jaber al-Sabah resigned on November 28, in the face of allegations—thus far unproven—that around 15 MPs were bribed to support the government.

Despite the “black day,” as emir sheikh Sabah al-Ahmad al-Jaber al-Sabah described it, observers of Kuwait’s complex political scene—the most liberal in the Gulf, where the National Assembly has actual power—argue the Arab Spring has not arrived. They say that the emir—whose family has been in power for 265 years, displaced only by the Iraqi invasion in 1990—retains widespread popular support and suggest any change will be gradual, with Kuwait’s rulers moving at their own pace.

Rodney Wilson, Gulf specialist at Durham University, concurs. “My feeling is very much that the regime is secure. Nobody is interested in seeing sectarian strife, and—unlike Bahrain—the Shia here are a minority and broadly content, whilst many recognize that some of the opposition parliamentarians can be pretty irresponsible,” Wilson argues.

With proven reserves of over 100 billion barrels, tiny Kuwait is the world’s sixth-largest exporter of oil, which accounts for around 50% of GDP and 95% of export earnings and government revenue. Taken together, the reserves of the central bank and sovereign wealth fund, the Kuwait Investment Authority (KIA), top $300 billion. Kuwait clearly has sufficient wealth to keep it going for decades. That said, Kuwait’s political crisis follows a period when the Gulf state seemed to lack direction and focus.

Like many other economies, Kuwait was badly hit by the 2008–09 global financial crisis. GDP declined 5.2% in 2009, reflecting lower energy prices and the fact that more than 50% of investment company and bank assets were foreign—and valuations took a major hit. However this wasn’t an isolated event. Capital Economics estimates that GDP over the past decade has increased just 2.5% a year on average, versus 4% in the Gulf generally.

Part of the blame for the malaise must be laid at the door of Kuwait’s quasi-democratic system, which contrasts with the more absolute political systems elsewhere in the Gulf. All major contracts must be approved by parliament, which is one big reason why many much-heralded development projects have failed, in practice, to materialize.

“The fact that the parliament has power—in essence blocking power—has held many projects back,” says Karin Maree, a Middle East analyst at the Economist Intelligence Unit in London.

Many projects have been shelved, often as a result of parliament’s endless discussion over details and contracts. One example is Kuwait Project, a 14-year-old plan aimed at raising oil output from the current level of around 2.5 million barrels per day to 4 million. The plan was to garner the involvement of the international oil companies in the absence of PSA’s (Product Share Agreements), which are illegal under Kuwaiti law as foreign entities are not allowed to own national resources. Thus far, though, implementation has been slow and patchy.

Infrastructure projects have likewise been held up, and privatization has been a nonstarter: Plans to sell off a chunk of loss-making Kuwait Airways were shelved in late October amid political concerns and a perception among investors that the proposed price was too high. The plan now is to restructure the national carrier and then reevaluate privatization.

Kuwait’s economic and business policies tend to discourage foreign direct investment—which has also affected GDP growth rates. The business climate is generally considered to be among the least investor-friendly in the Gulf. It prioritizes government handouts—which effectively mutes any widespread discontent but does not ease the stagnation.

“Compared to its neighbours, Kuwait is very closed [to outside investment], which means a country with one of the highest literacy levels has had to get used to government being the main driver of activity and seeing its vast oil earnings not being put to effective, visible use,” says Hirsh.

And although the country has come a long way from the devastation that followed the first Gulf war—the extensive damage wrought by Saddam Hussein’s forces is now fully repaired—there is still a sense that more could be done, particularly given the country’s immense wealth.

Kuwait City is a clear example. Although it has its share of impressive skyscrapers and new buildings, for visitors it has always been a less impressive destination than its neighbours, such as Doha—which is fast improving its facilities, infrastructure and appearance.

However, there are encouraging signs from Kuwait. GDP growth is expected to pick up this year to 4.4%, according to the Economist Intelligence Unit, against 3.1% in 2010. Hydrocarbons have led this rally, with Kuwait’s production filling in the gap left by Libyan shortfalls. The International Energy Agency reports that output was up 8.7% in the first seven months of 2011.

This pickup in growth combined with the recent political disturbances make it more likely that the new government—once it takes power—will push ahead with a $140 billion four-year development plan announced in late 2009. Doing so should mean that a number of mothballed projects go forward, either through public-private partnerships or as build-operate-transfer project financings. Roads and other infrastructure projects will make up a large part of investment, with the authorities keen to improve transportation in and around Kuwait City, in particular.

The biggest project would be the highly ambitious Madinat al-Hareer (“City of Silk”)—essentially a new city with myriad work and leisure facilities to be constructed on a site across from the capital, Kuwait City.

The centerpiece will be a 1001-meter tower called the Burj Mubarak al-Kabir—inspired by the tale of the One Thousand and One Nights but owing much in scale and style to Dubai’s Burj—to be reached from the capital city via a new 15-mile bridge, the Jaber. Other major planned projects include Bubiyan Port, the development of Failaka Island and the Subiya Causeway.

The Kuwaiti authorities are also backing the longer-term development goals unveiled in “Kuwait Vision 2035,” a report commissioned by the government and prepared by a consultancy firm set up by former British prime minister Tony Blair. The report envisions Kuwait emerging as a major financial and trade center by 2035, with the country initiating major developments involving culture, society and the political system.

If the new government does decide to kick-start these development projects, banks—accustomed to investing largely abroad or in local shopping centers, which are now in oversupply—could play a major role in channeling funds.

After the difficulties of 2009, during which many of the country’s investment companies ran into serious financial problems, Kuwaiti banks have reduced their leverage and strengthened their balance sheets. Last year net banking-sector profits rose 62% on average, according to the central bank. The overall loans-to-deposits ratio remains healthy, as well. If anything, loan growth remains sluggish for the want of any decent domestic projects.

“The banks are pretty well capitalized and have strong international networks on which to draw and build know-how,” says Wilson. A prime example is the National Bank of Kuwait (NBK), the largest bank by assets, which reported net profits of $819 million for the first nine months of 2011. With 177 branches around the world and assets worth around $48 billion, it clearly would be well positioned to play a role in spearheading long-term investment.

The central bank’s tight regulatory policy prevented local banks from investing in securitized products, and thus to some degree protected them from the global crisis of 2008–09, despite the drop in asset values and the impact on some Kuwaiti investment companies.

Coupled with the lack of investment opportunities now in the west, where they have traditionally focused, Kuwaiti banks may consider investing in new large-scale domestic projects, particularly as they’ll almost certainly be government-guaranteed. 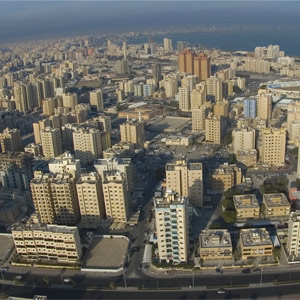 When Tony Blair unveiled “Kuwait Vision 2035,” he noted: “Kuwait’s potential is enormous, and its people are talented and creative. But the plain truth is that without a change in direction, this potential will not be realized.” Blair added that the country needs to be bold if it is to meet its long-term development goals.

Now it has an opportunity. With parliament constitutionally dissolved in early December, and with elections to be held by early February, optimists posit that a new government could break the deadlock and boost infrastructure investment, potentially giving banks a bigger role in supporting national economic development.  Plus, a new government could support policy change to improve conditions for foreign investors.

For the country and its banks, that would be a new beginning—and perhaps even a step toward the long-term goals portrayed in Kuwait Vision 2035.